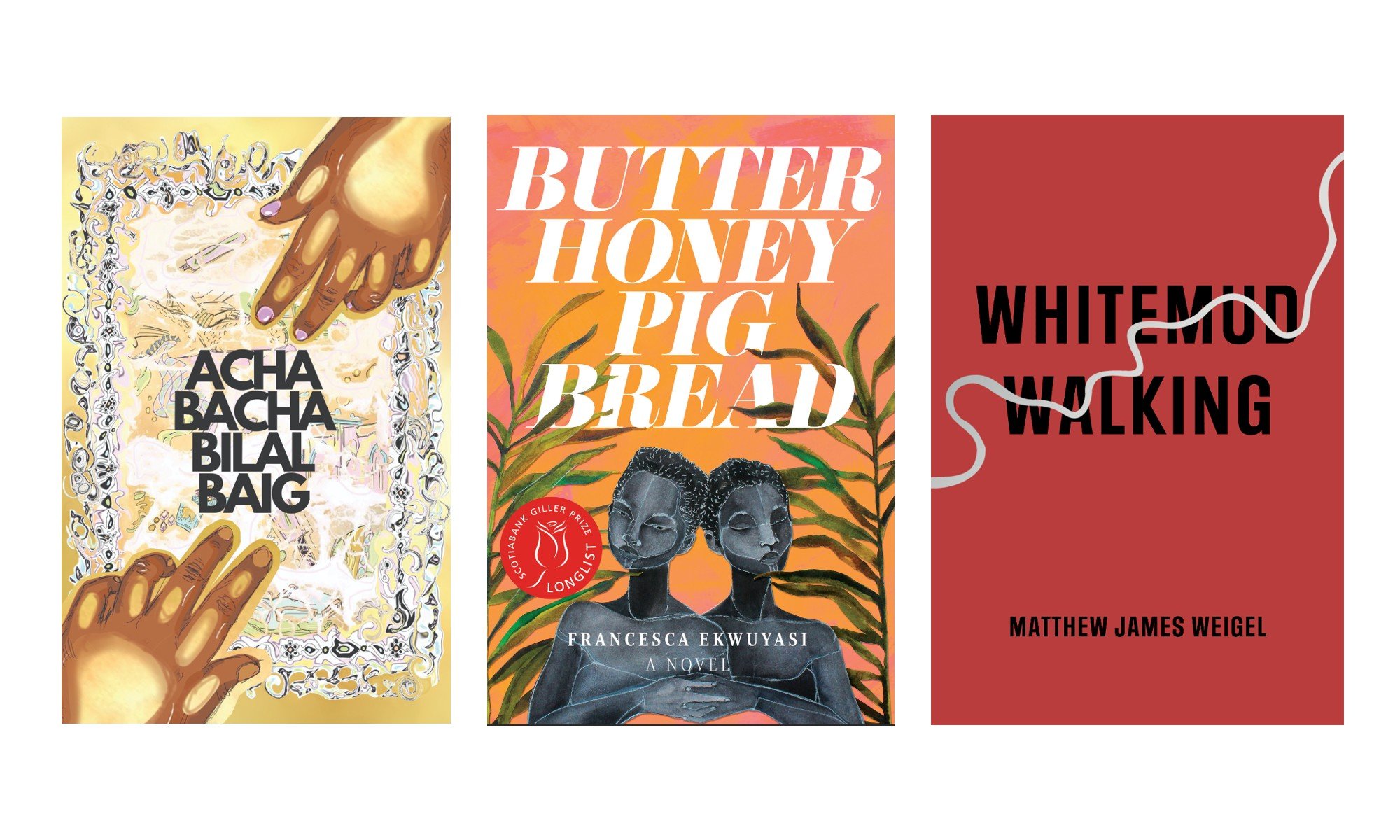 Bilal Baig, francesca ekwuyasi, and Matthew James Weigel have been named finalists for this year’s $10,000 Dayne Ogilvie Prize for LGBTQ2S+ Emerging Writers for their debut works.

The prize is awarded annually to an emerging writer who identifies as lesbian, gay, bisexual, transgender, queer, or two-spirit for a debut book in any genre. Each finalist receives $1,000.

Playwright and actor Bilal Baig was nominated for Acha Bacha (Playwrights Canada Press), their first play, which the jury said “preserves the sacredness of subtleties expressed in Urdu without compromise.”

francesca ekwuyasi’s debut Butter Honey Pig Bread (Arsenal Pulp Press) was a Canada Reads finalist and longlisted for the Scotiabank Giller Prize. The novel was shortlisted for a Lambda Literary Award, the Governor General’s Literary Award, the Amazon Canada First Novel Award, and the ReLit Award. The jury called the book “a profound work of love [that] reminds us that the best novels can hold what cannot be contained.”

Edmonton-based poet and artist Matthew James Weigel was nominated for his debut collection, Whitemud Walking (Coach House Books). In their citation, the jury said Weigel “skillfully blends the traditions of conceptual poetry and Indigenous autobiography to make something beautiful and endlessly innovative that brings into focus the act of treaty-making as one of deep care from an Indigenous point of view.”

A jury comprised of writers Billy-Ray Belcourt, Samra Habib, and Zoey Leigh Peterson chose this year’s finalists. The winner will be announced at the Writers’ Trust Awards on November 2.