After the War: Surviving PTSD and Changing Mental Health Culture 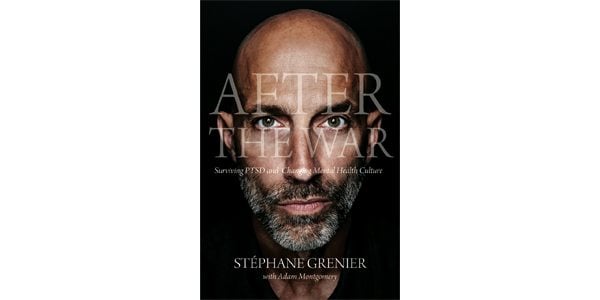 The body of the little girl lies bunched on the ground, her arms splayed forward. A few feet away is the bloated body of a man who could be her father or possibly her grandfather. The dead man’s arms are open to the heavens. His clothing suggests they might have been on their way to church when they were killed. The army officer who has stumbled across the scene looks back to the girl. His thoughts skip to his own children. With a jolt, he notices that a third of the little girl’s head is missing and the earth around her is stained crimson.

The two corpses are among the 800,000 victims of the genocide that threaded through Rwanda’s civil war in the 1990s. When he discovered the grisly scene, Canadian Armed Forces Lieutenant Colonel Stéphane Grenier had many months still to go in his tour and umpteen horrors yet to face. Nevertheless, this single image would remain in his mind like a psychological snapshot – a hallmark of post-traumatic stress disorder.

Grenier deployed to Rwanda in 1994 and served in the Canadian military until 2012. His book, After the War: Surviving PTSD and Changing Mental Health Culture, describes how his subsequent life was shaped by the psychic wounds he incurred during his tour of duty in the afflicted African nation. Co-authored with military historian Adam Montgomery, the book delivers an honest, visceral account of Grenier’s struggles with PTSD, from onset to recovery, and ultimately his experience as a mental health advocate.

Early chapters detail the context behind Grenier’s psychological affliction; they offer a superb look at both the tragic events of the Rwandan genocide and the inner landscape of psychological trauma. In rich clarity, Grenier outlines the building blocks of PTSD, culminating in his own personal tipping point, beyond which he no longer cared whether or not he survived.

The chapters set in Rwanda are expertly told. The writing is crisp, and Grenier offers a different perspective on tragic events that are similarly described in Roméo Dallaire’s Shake Hands with the Devil. Elsewhere, Grenier’s observations about recovering from PTSD ring absolutely true: “On the surface things were fine, but I was exhausted from constantly having to apply coping mechanisms. I could never just be myself – or at least my old self.”

Later chapters trace Grenier’s evolving passion for mental health advocacy; the most evocative of these describes his founding of a peer support system for members of the military. Although the narrative loses some of its power when it turns its focus to Grenier’s civilian work, the author’s experiences are very much worth reading.

One can appreciate that, for many, the peacekeeping mission in Rwanda remains a nightmare that will never end. Still, there is inspiration to be found in reading about positive changes that can emerge from the heart of evil. With After the War, Grenier has contributed a most useful addition to the growing body of work on psychological trauma in the military.