Book of Donair: Everything You Wanted to Know about the Halifax Food That Became Canada’s Favourite Kebab 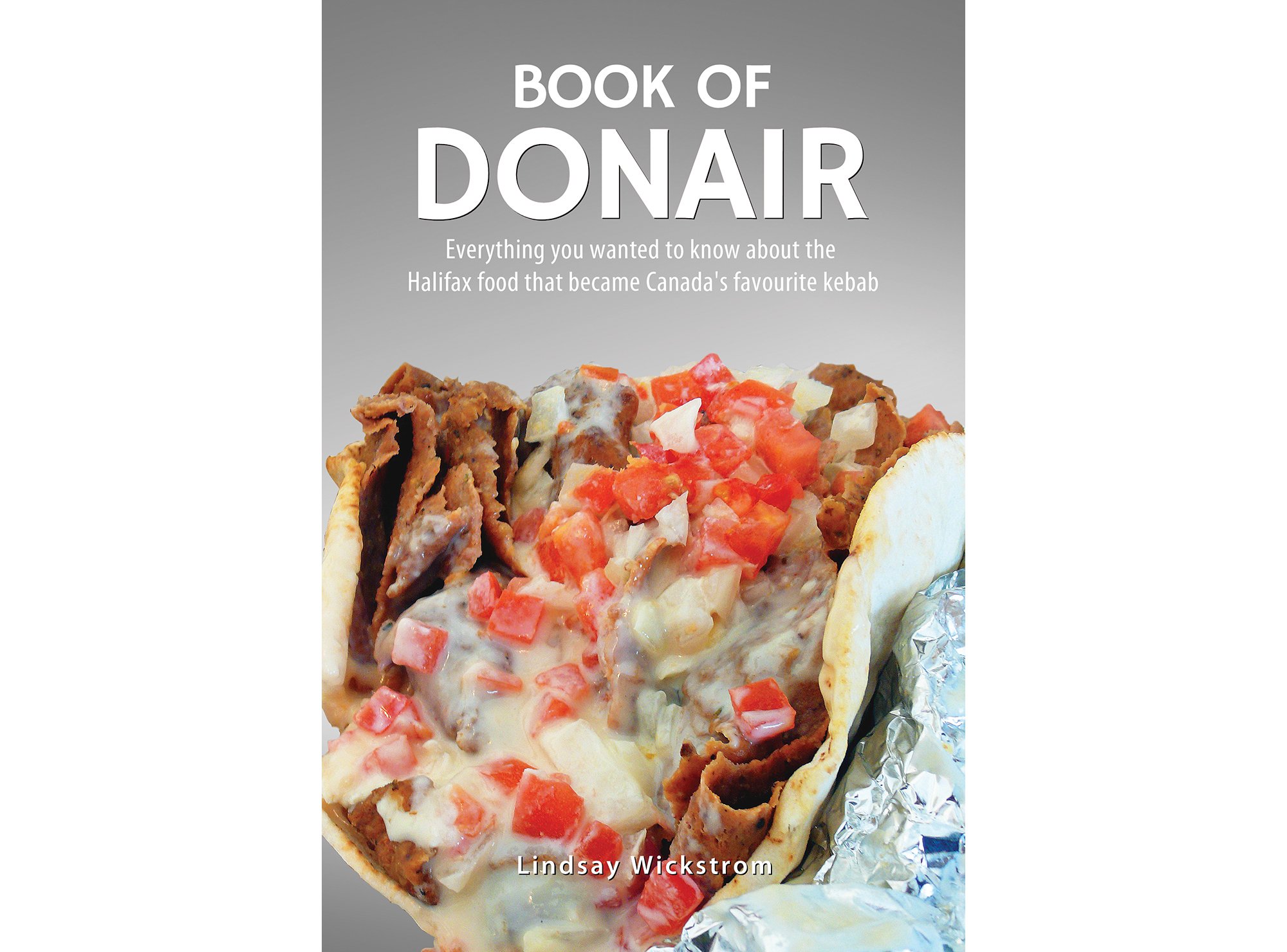 In Newfoundland, tourists kiss the cod to become honorary citizens. In Paris, generations of lovers have chained padlocks onto the Pont des Arts as a sign of their everlasting affections. Although Nova Scotia may be associated with lobster traps and fiddle music, there’s a more authentic local ritual involving meat shaved off a large cone, covered in a sweet condensed-milk garlic sauce and nestled inside a fresh pita with onions and tomatoes.

Food blogger Lindsay Wickstrom gives the drunken late-night snack its proper due with Book of Donair, a cultural history of the East Coast kebab that, as she states in the book’s introduction, is the province’s “dirty little secret.”

Although Wickstrom traces the history of the vertical rotating spit and doner kebab back to the 1830s, its introduction to Nova Scotia is relatively recent. In 1974, Peter Gamoulakos – who went on to open the local franchise King of Donair – served the first donair in Canada at a restaurant in the Halifax suburb of Bedford. Eventually, donairs became a staple at Pizza Corner, the meeting spot in downtown Halifax where thousands have been ingested by partying students, sauce dripping onto shoes and sidewalks.

In a city that houses a transient population thanks to six local university campuses, donairs have taken on a mythic role as grads and expat Maritimers attempt to replicate the particulars of the sauce and meat elsewhere. Wickstrom interviews enthusiasts and chefs about their attempts and the trendy spinoffs, like the donair doughnut and a donair bao. She cuts through the debate and connects the history between the donair and its meaty cousins, shawarma and gyro. And for the more culinary adventurous, there are recipes for alternatives, such as the donair lasagna created by the late Michael Dinn, a passionate connoisseur who ran a fan site for years.

Despite the fact that the donair was declared Halifax’s official food in 2015 following a controversial vote by city council, there are still those who feel it does a disservice to Maritime seafood and traditions. Although the book is light in tone and a fun read, Book of Donair demonstrates how various cultural communities have been pushed aside by the province’s tourist-friendly craic. By simply telling their history, Wickstrom gives proper due to the hard-working Lebanese and Greek families responsible for not just the donair but for establishing the backbone of the province’s modern restaurant scene.

While Book of Donair may be an insiders’ guide and not attract many new fans – sadly, brown meat and white sauce don’t exactly make for tantalizing photos – Wickstrom has written a comprehensive text with plenty of entertaining factoids for those who worship at the spit.