Daughters of the Deer 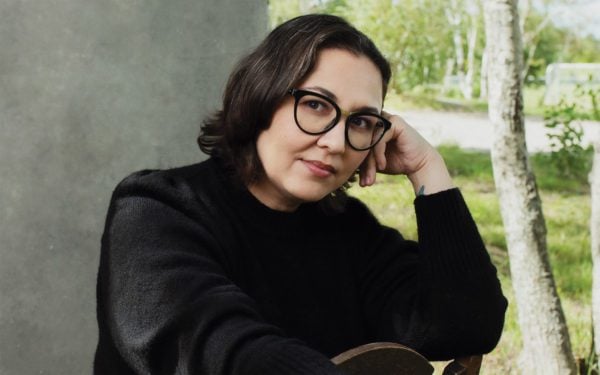 In her debut novel for adults, Marilyn Baillie Picture Book Award–winning children’s author Danielle Daniel mines her family history to tell an affecting and difficult story of colonialism, love, loss, and resilience based on two women quite a few branches up in her genealogical tree.

Daughters of the Deer opens in 1657 as Marie, a Weskarini (Algonquin) woman known as a healer, tends to her people’s wounded amid an attack by the enemy Iroquois on their village near Trois-Rivières. This opening battle, along with well-woven exposition provided in the early chapters, positions the events that come next against a backdrop of constant threat from the Iroquois as a result of the wars for dominance in the fur trade and establishes the important connection between the Weskarini and the French soldiers who help protect them.

Following the attack, Marie struggles with a difficult decision: she has received an unwanted marriage proposal from a devout French soldier named Pierre, and the Weskarini’s sachem encourages her to accept. Too many Weskarini men have been killed in the battles with the better-armed Dutch- and British-aligned Iroquois, including Marie’s beloved husband, and their numbers are dwindling rapidly. If other daughters of the deer see Marie married to a white man, they will follow suit, and aren’t half-Weskarini children better than none at all?

Though it is clear that Marie barely tolerates her green-eyed husband, Daniel paints Pierre as a relatively sympathetic character. He is besotted with Marie, and despite his religious devotion (which extends so far as self-flagellation and an insistence on daily prayer by the whole family), he does not attempt to force her to give up her own traditions. He loves the seven children they ultimately have together, and though he insists they speak French as their primary language, he and the children are also fluent in Algonquin. It is an imperfect union, but Daniel subtly positions it as tenable for Marie, if only because of her children. If nothing else, at least Pierre is kind to her, unlike the alcoholic, womanizing, abusive French husband of Marie’s cousin.

If Pierre and Marie’s is a one-sided love story, that of their eldest daughter is anything but. At 17, Jeanne is supposed to be married, by edict of the king of France. But Jeanne loves Josephine, and the two young women meet in secret until Josephine is married off to an alcoholic white man three times her age. When Josephine dies a short time later, Jeanne is bereft, rendered mute by her own pain. Marie’s acceptance of who Jeanne truly is and her attempt to help her daughter heal through time, smudging, and connection with nature are expressions of love greater than any other in the novel, including that of Pierre for his deity.

Jeanne is both simply drawn and complex in what she represents. Beyond her two-spirited nature, which only feels like a burden under the weight of her father’s and their community’s disapproval, she also struggles with her mixed Algonquin-French heritage, which she describes as feeling “like summer and winter wanting to emerge on the same day.”

Marie, who carries much of the story, also acts as the primary conduit for Daniel’s messaging. Her first-person narration is steeped in ache and longing for all the things and people she has lost – not just her first family but her community, the land, and her people’s ability to live as they always have, most particularly with respect to Jeanne’s sexuality. Jeanne is not the only LGBTQ+ character in the book, and Daniel emphasizes on multiple occasions that the two-spirited are revered by Marie’s people – not condemned, as they are by the Catholics and their unforgiving God.

Daniel, who is Algonquin, French, and Scottish, walks a careful path in her storytelling, contrasting the harshness of the French and their rigid religion against the gentler Algonquin and their reverence for interconnectedness and the natural world. When diminishing food supplies and unsuccessful hunts foretell a harsh winter marked by hunger, Pierre turns to prayer and the will of God to see them through. Frustrated, Marie lashes out, telling him that the greedy whites who take and take but never give back are the reason the game they rely on has become scarce.

Later in the novel, Pierre, now a farmer in the seigneurie closer to Ville Marie (Montreal), acknowledges the merit of Marie’s ways: “She has always been right about when to start the haying, as if she has a direct line to God himself. He’s grown to accept that her heartbeat is connected to this land that he can only walk on.”

Though the dialogue is somewhat simple and there is a tendency to position people, actions, and beliefs into clearly delineated “good” and “bad” categories, Daughters of the Deer is a deeply felt and personal story from an author who we can only hope has more tales to tell.