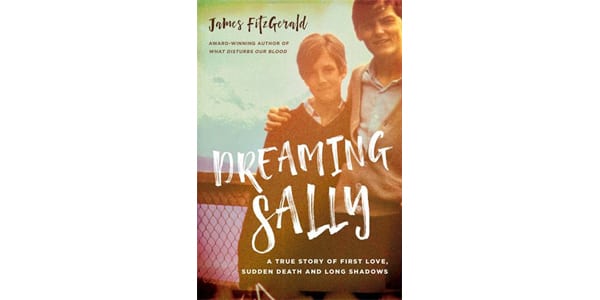 James FitzGerald’s second book, What Disturbs Our Blood, explored his family’s history of mental illness and his attempt to understand his father’s suicidal impulses. (The book won the 2010 Writers’ Trust Nonfiction Prize.) In Dreaming Sally, FitzGerald extends his personal search for meaning by delving into the tragic life of Sally Wodehouse, an 18-year-old who died in 1968 while travelling in Europe. FitzGerald loved Sally, and it appears that he has spent much of his adult life trying to come to grips with her death. The other key figure in this memoir is George Orr, Sally’s fiancé, who had a premonition that she would not return.

FitzGerald draws numerous parallels between himself and George, such as their interest in writing and their difficulties in maintaining relationships. Both FitzGerald and George belonged to that particular privileged strata of Toronto society that sent their offspring to private schools and had high expectations of them, especially the boys. George escaped by eventually moving to Vancouver. However, both men were deeply wounded by the loss of Sally. To make matters worse, FitzGerald grew up with parents incapable of affection; he comments rather brutally on their shortcomings (of which there were many).

Dreaming Sally is a challenging read because it tends to tell readers about people – especially Sally – and in particular how to feel about them. That approach doesn’t work, especially when so much of the memoir is about grief. Such a narrative must give readers room to feel the grief, but FitzGerald mounts a verbal assault, filling every available space and suffocating the reader with relentlessly negative emotions. Sally herself remains mostly a mystery. Anyone who likes to read about a bunch of spoiled rich kids drinking, partying, and shopping their way through Europe may find parts of the book alluring; others will find it tedious.

While it is possible to sympathize with the suffering experienced by FitzGerald and George, this particular presentation doesn’t seem to serve any purpose beyond a personal journey of healing for the author. According to FitzGerald, both men are doing much better in their sixties and have even managed to find some joy. But the process, as it is described in this memoir, has been gruelling. FitzGerald’s prose is often overwrought: “George and I had evolved along parallel tracks into tellers of stories, iconoclasts and ironists of Irish-outsider temperament and inclination, uncomfortable with, even contemptuous of, our inherited class privilege; the best part of our privilege was the freedom to have our cake and spit it out.”

Dreaming Sally contains within it the bones of a strong story, but too often it’s bogged down by verbal pirouettes that obscure real emotion.