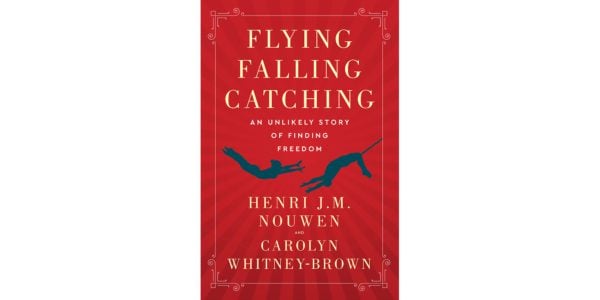 Five years before his fatal heart attack in 1996, Dutch theologian, psychologist, and teacher Henri Nouwen’s outlook on life was changed by a trapeze act high up in a circus tent. For Nouwen, the brave leaping, somersaulting, and catching he gazed at became the ideal metaphor for a life lived in faith.

It also reflected Nouwen’s own complex journey of seeking, doubt, burnout, trust, epiphany, and revelation, which he has captured in his many books. It’s a life that continues to inspire readers around the world.

The ever-mobile, ever-questing Nouwen – who was, for 10 years, senior pastor at L’Arche Daybreak, a community for people with and without developmental disabilities, in Richmond Hill, Ontario – lived his quest under his own microscope. All that he experienced and felt became subject matter for his classes, retreats, and writings. His sudden infatuation with the Flying Rodleighs was no exception. Nouwen inserted himself in their midst, peppered them with questions, followed them around small towns in Germany in his own motorhome, and even climbed up to swing on their vertiginous trapeze.

It was all in the service of what Nouwen hoped would be a new kind of writing for him. It would also reflect some essential existential truths about his original vocation as a Roman Catholic priest.

Nouwen died before the book about the Flying Rodleighs came to be, but he left notes.

Carolyn Whitney-Brown, who lived and worked with Nouwen at L’Arche Daybreak, has creatively assembled these notes in Flying, Falling, Catching: An Unlikely Story of Finding Freedom. She interweaves Nouwen’s thoughts with background material collected from the Flying Rodleighs and many other people who were in Nouwen’s orbit at the time.

The whole narrative is framed by the flying, falling, and catching of Nouwen by the Dutch rescue squad that intercepted the first of the two heart attacks that would kill him.

Whitney-Brown’s carefully structured framework and the smooth whirring of finely honed storytelling gears compete with the often poignant reality of a restless soul and a relentless seeker who is convinced that the pot of gold sits at the end of this particular rainbow.

Nouwen’s prize nugget is that the leaper leaps and the catcher catches; one cannot do the other’s work without someone falling to the ground. It is an elegant and enduring insight into not only trust but also the totality of meaning across all human interaction.

Despite the seeming guilelessness with which Nouwen captures this truth in a gauzy butterfly net, the reader is taken there by a narrative over-mediated by Whitney-Brown’s rescue-squad conceit and Nouwen’s own self-conscious and obsessive need to tell a great story.

Or perhaps this book serves as a beautiful example of how even the most exquisite of truths are revealed to us through imperfect people and inauspicious circumstances.