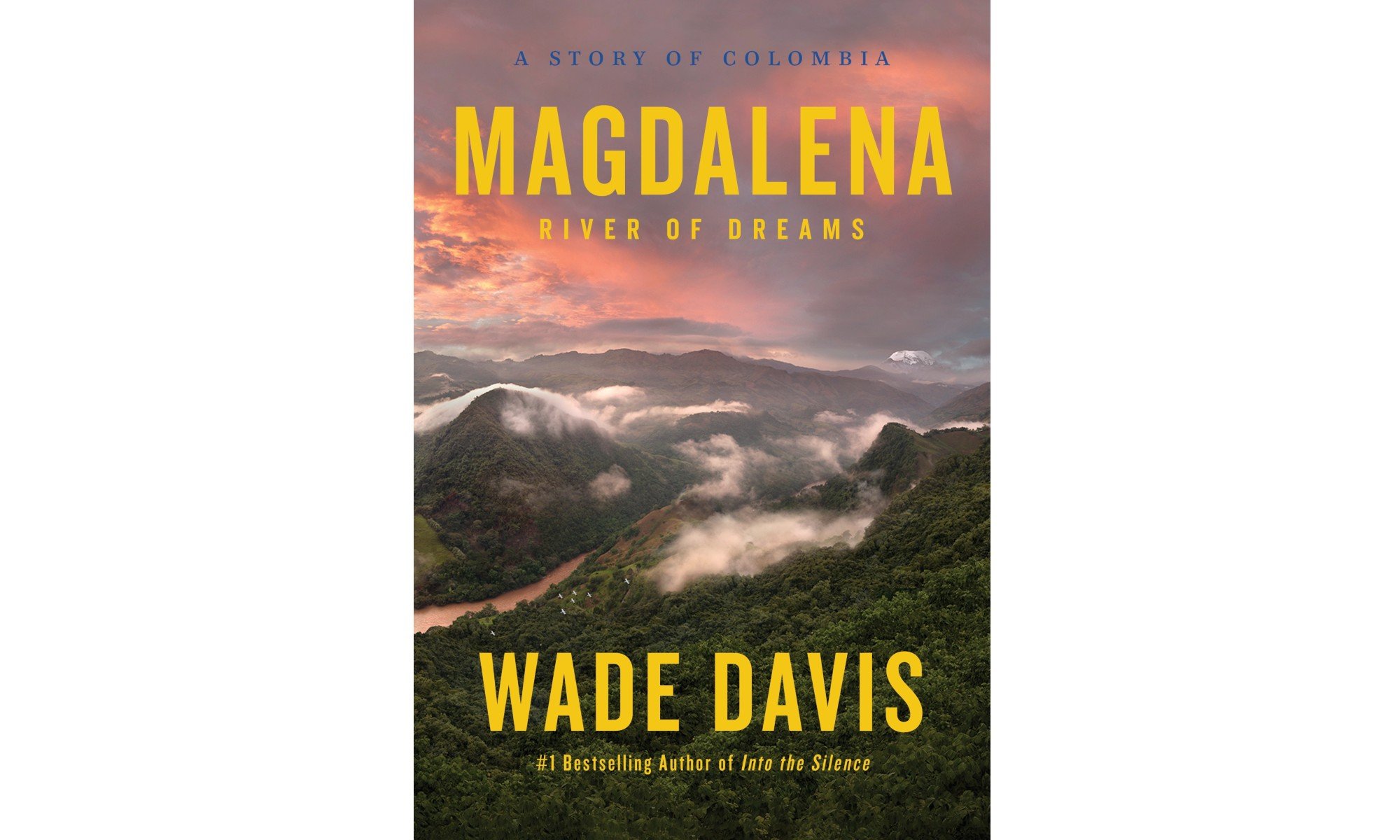 Vultures feeding on human bodies as they float down the Magdalena River in Colombia is an image shudder-inducing enough to be memorable had it occurred just once in the new book by Wade Davis, but it surfaces again and again throughout this troubling story, and it remains equally startling each time. The repetition, never gratuitous, is but one device Davis, a professor of anthropology at the University of British Columbia and author of 20 books, employs to great effect as he distills interviews, wrings out the history, and explores what a river can mean to a people and their land and why we should care.

And we should care. As Davis points out early on, every casual consumer of street cocaine around the globe helps keep the vultures fed. Magdalena appears at a period of relative peace following 50 years of civil war centered on the drug trade that left 220,000 dead and nearly 100,000 missing – the majority innocent victims. Though a peace accord was struck in 2016, Davis’s work speaks to the challenges ahead for the country and its inhabitants, foremost among them forgiveness and reconciliation. Davis, who was made an Honorary Citizen of Colombia in 2018, describes his earlier biography of botanical explorer Richard Evans Schultes as “a love letter to a nation by then scorned by the world.” The Spanish-language edition, translated by a Colombian poet and published in 2002, went into its third edition in 2009: clearly it had struck a chord.

Brimming with effusive praise for the people and place, Davis’s journey along the Magdalena with his knowledgeable Colombian companions and their network of connections – storytellers all – reads more like a lifelong quest. The present-day river and its surrounds, described in lyrical sentences that are often long, complex, and mighty – like the river itself – rub against the sharply drawn and carefully chosen historical passages showing the horror of the Spanish conquest, the genocide of Indigenous peoples, the importation of “some 400,000” slaves from Africa, and the horrors unleashed by the billionaire drug lord Pablo Escobar, whose former estate is now a tourist attraction and whose imported hippos established a troublesome feral population.

The request Davis makes is clear. With the promise of peace, long untouched areas of this ecologically rich and geographically diverse country are again accessible and vulnerable to development. The Magdalena, inseparable from the people and increasingly weighed down by pollution and indifference, needs immediate attention. He offers examples of dramatic turnarounds, such as the rehabilitation of the Hudson River below New York City and the successful clean-up of the Thames. He introduces us to Colombian musicians, urban planners, and a “soul keeper,” people who’ve channelled hope and initiated positive social change.

Part mourning song, part call to action, Magdalena carries dreams both good and bad, and the potential to awaken a life as bright as can be imagined.