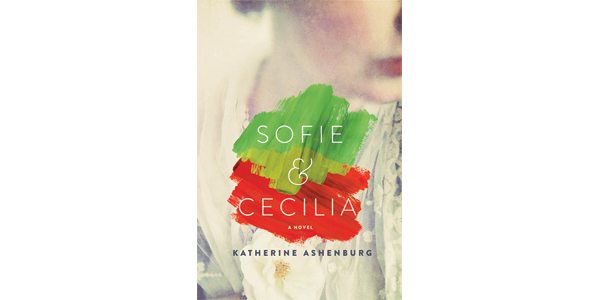 Noted non-fiction writer Katherine Ashenburg’s debut novel is a thoughtful contribution to the now-familiar genre of fiction about women overshadowed by their proximity to masculine greatness. As Sofie & Cecilia emphasizes, the cost of male success has often been women’s suppression. “Does domestic tranquility always have to come at a price?” wonders Sofie, contemplating a Dutch painting showing the ambivalent face of a wife holding up her hunter husband’s bloodied prey. “At least this time it is the hare that has been sacrificed,” Sofie says. “You mean, instead of the woman,” replies her friend Cecilia. Their companions in the gallery are baffled, but the women understand each other perfectly.

The titular characters in Sofie & Cecilia are based on the wives of renowned early 20th-century Swedish painters Carl Larsson and Anders Zorn – in the novel, Nils Olsson and Lars Vogt. Like the woman in the portrait, Sofie and Cecilia enable their husbands’ accomplishments with their personal sacrifices.

Sofie studied painting at a time when marriage was expected to be a woman’s sole vocation; after she marries Nils, he brags that “his greatest achievement was stopping Sofie from painting.” She channels her creative energy into weaving and decorating the home that Nils then records in his celebrated paintings. Though never openly resentful or rebellious, Sofie occasionally betrays (often in letters that remain unsent) a keen awareness of the way her life has been constrained by the very domesticity that makes Nils famous. Ironically, her husband’s work is ultimately limited by his fixation on outmoded themes and styles, while Sofie’s innovative textile art reflects her engagement with Modernism.

Cecilia’s marriage thwarts her potential in different ways. She is an insightful collector and curator, but her self-esteem is battered by Lars’s insouciant infidelity. Without even the consolation of children, happiness seems elusive until she finds a lover of her own – though not one she can talk openly about, even to Sofie.

Throughout the novel, Sofie and Cecilia exchange views on 19th-century novelists, from Jane Austen to Anthony Trollope. They seek something in fiction that they can’t quite find: a reflection of their own experience. Tellingly, it’s the more experimental writing of Virginia Woolf that finally “feels right – like the way we think.”

But while Ashenburg’s own novel is elegantly constructed, it does not push any literary boundaries. It takes us through the decades of the protagonists’ marriages, first from Sofie’s point of view and then from Cecilia’s, a tactic that makes the intersections of their stories resonate with the differences between them and also with the importance of their friendship. The close third-person narration is rich in meticulous and often fascinating detail about Swedish life and art.

Oddly, though, in a book so much about aesthetic experience, the tone is consistently flat, conveying no heights of either personal or artistic passion. The result is more intellectually interesting than emotionally gripping. By the end, however, we have spent long enough in the company of these women to feel both sympathy and admiration for their quietly extraordinary lives.