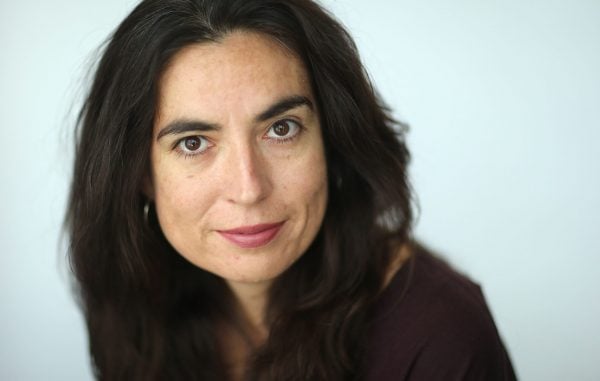 Toronto journalist Tanya Talaga has won the $25,000 RBC Taylor Prize for Seven Fallen Feathers: Racism, Death, and Hard Truths in a Northern City (House of Anansi Press). The book recounts the lives of seven Indigenous high school students who died in Thunder Bay, Ontario, between 2000 and 2011. Talaga was also nominated for the B.C. Award for Non-fiction and the Hilary Weston Writers’ Trust Prize for Nonfiction.

Taylor Prize jurors Anne Giardini, James Polk, and Christine Elliott selected Seven Fallen Feathers from 153 submissions. In their jury citation they state: “Talaga has written Canada’s J’Accuse, an open letter to the rest of us about the many ways we contribute – through act or inaction – to suicides and damaged existences in Canada’s indigenous communities. Tanya Talaga’s account of teen lives and deaths in and near Thunder Bay is detailed, balanced and heart-rending. Talaga describes gaps in the system large enough for beloved children and adults to fall through, endemic indifference, casual racism and a persistent lack of resources. It is impossible to read this book and come away unchanged.”

The award was presented at a luncheon on Feb. 26 in Toronto. The other finalists were James Maskalyk’s Life on the Ground Floor: Letters from the Edge of Emergency Medicine (Doubleday Canada); Island of the Blue Foxes: Disaster and Triumph on the Bering’s Great Voyage to Alaska by Stephen R. Bown (Douglas & McIntyre); Yardwork: A Biography of an Urban Place by Daniel Coleman (Wolsak & Wynn Publishers); and In the Name of Humanity by Max Wallace (Allen Lane Canada/PRHC). All five shortlisted authors received a $5,000 honorarium.

As part of the prize, Talaga will select and mentor the winner of the RBC Taylor Emerging Author award, who will receive $10,000. Earlier this month, the Charles Taylor Foundation also announced the RBC Taylor Prize Emerging Writers Mentorship Program, which pairs five Canadian non-fiction-writing post-secondary students with the shortlisted authors.