Titles that inspire, educate, and entertain. 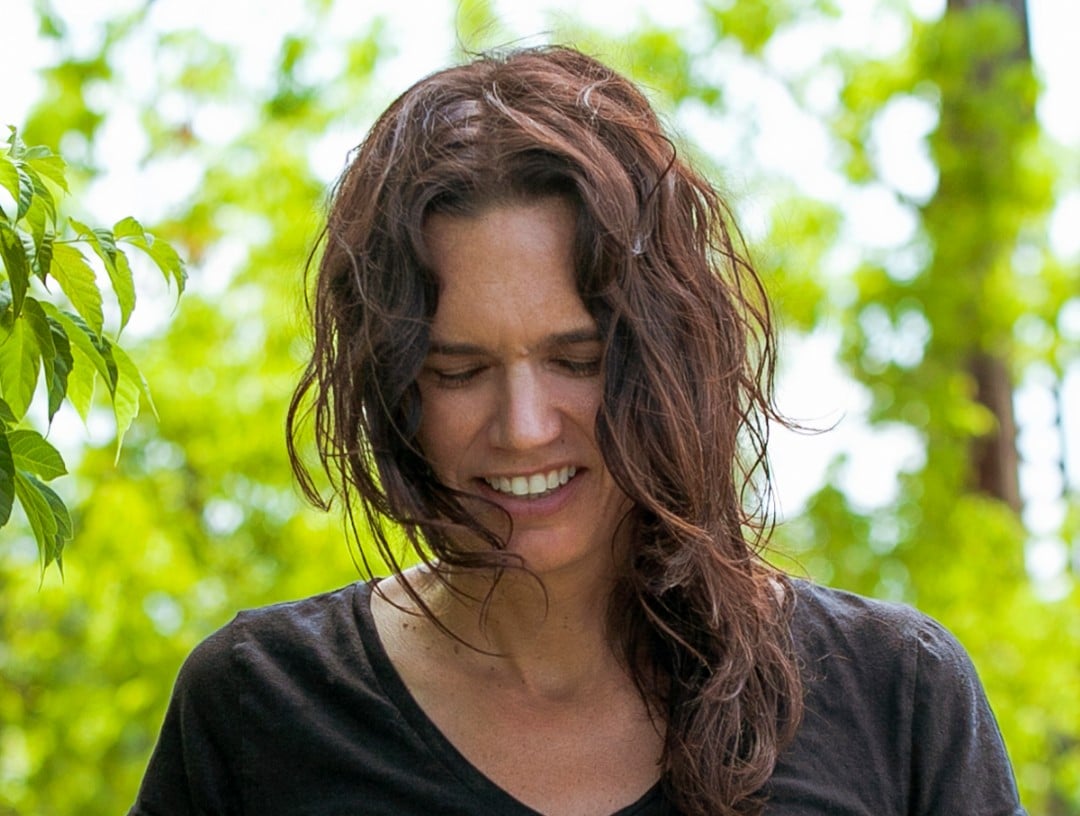 A Short History of the Blockade: Giant Beavers, Diplomacy, and Regeneration in Nishnaabewin

The power the beaver claims by building its dam provides a framework for considering the ways in which blockades have served Indigenous activism in Leanne Betasamosake Simpson’s new book. Informed by her background in Indigenous land-based education and her own role in the Idle No More grassroots protest movement, the Michi Saagiig Nishnaabeg author uses ancestral stories to show the inherent might signified by a barrier. –Ryan Porter 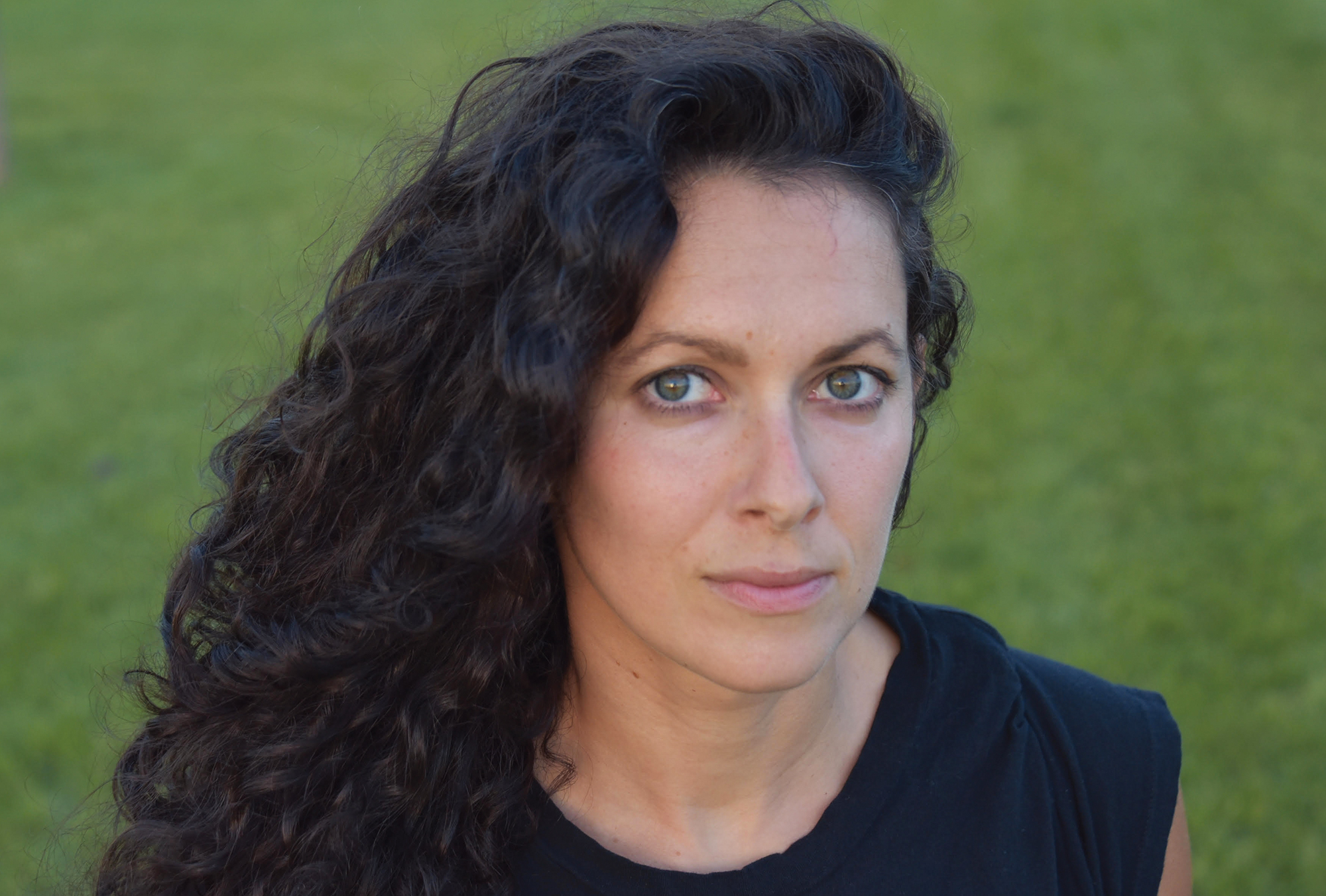 Seconds Out: Women and Fighting

Despite the power of her punch, English lit prof Alison Dean fought to be taken seriously as a woman in the male-dominated sport of kickboxing. Here, she joins the ranks of A.J. Liebling, Joyce Carol Oates, and Katherine Dunn, examining the history of women in the ring while exposing the inner world of combat sports and our cultural attitudes toward violence and gender. –Sue Carter

The Case of the Murderous Dr. Cream: The Hunt for a Victorian Era Serial Killer

Halifax journalist Dean Jobb revisits another fascinating true-crime story with a Canadian connection. This time, the Hilary Weston Writers’ Trust Prize for Nonfiction finalist examines the bungled investigations into a serial killer and Canadian-trained doctor, believed to be responsible for the Victorian-era murders of vulnerable women in several countries. –SC

Plunder: A Memoir of Family Property and Nazi Treasure

Toronto writer Menachem Kaiser, now based in Brooklyn, examines the weight of legacy as he takes on his Holocaust-survivor grandfather’s quest to reclaim the family’s apartment building in Poland. Through his journey, Kaiser discovers that his grandfather’s cousin, while working as a slave labourer for the Nazis, wrote a secret memoir that has become a go-to guidebook for contemporary treasure hunters. –SC

Resurrecting Retail: The Future of Business in a Post-Pandemic World

COVID-19 has disrupted every aspect of the business world, few more significantly than the retail sector. In his latest book, written and reported in real time during the unfolding crisis, Doug Stephens, futurist and founder of the consultancy firm Retail Prophet, explains how the global economic shutdown and subsequent restart will affect the way retailers behave and the way consumers shop. –Steven W. Beattie 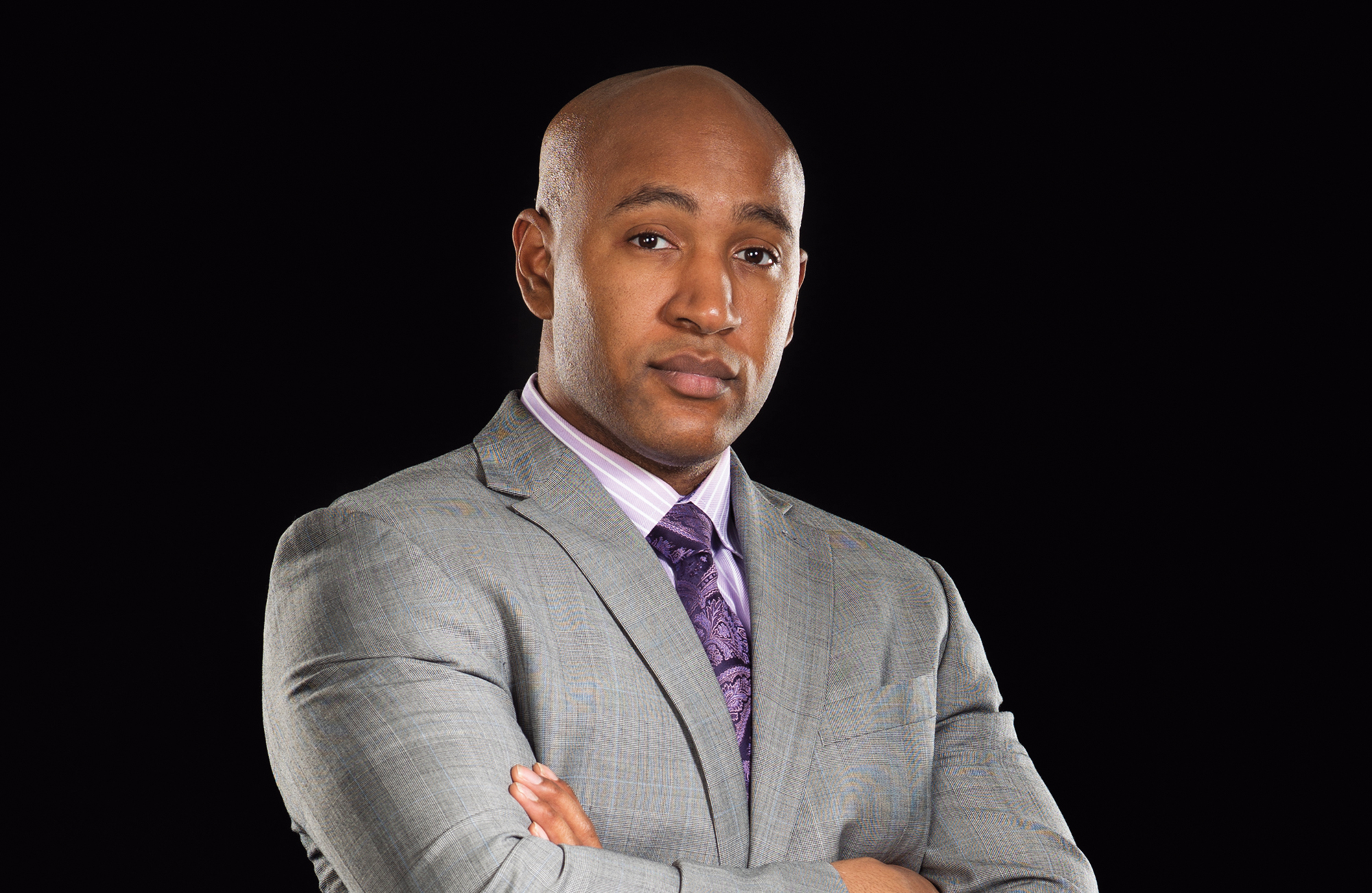 Two new titles in Biblioasis’s Field Notes series of short non-fiction works spotlight pressing concerns in our current, economically precarious moment. In On Property (Jan.), Rinaldo Walcott, director of the Women and Gender Studies Institute at the University of Toronto, argues that modern society – from its capitalist underpinnings to the theft of Indigenous land to the prison industrial complex – is organized along lines that privilege property over human lives. And in On Killing a Revolution (June), writer and activist Andray Domise argues that June 2020’s Blackout Tuesday, intended as a grassroots protest following the murder of George Floyd, actually symbolized the point at which Black Lives Matter activism was co-opted by corporate interests for their own profit-driven ends. –SWB 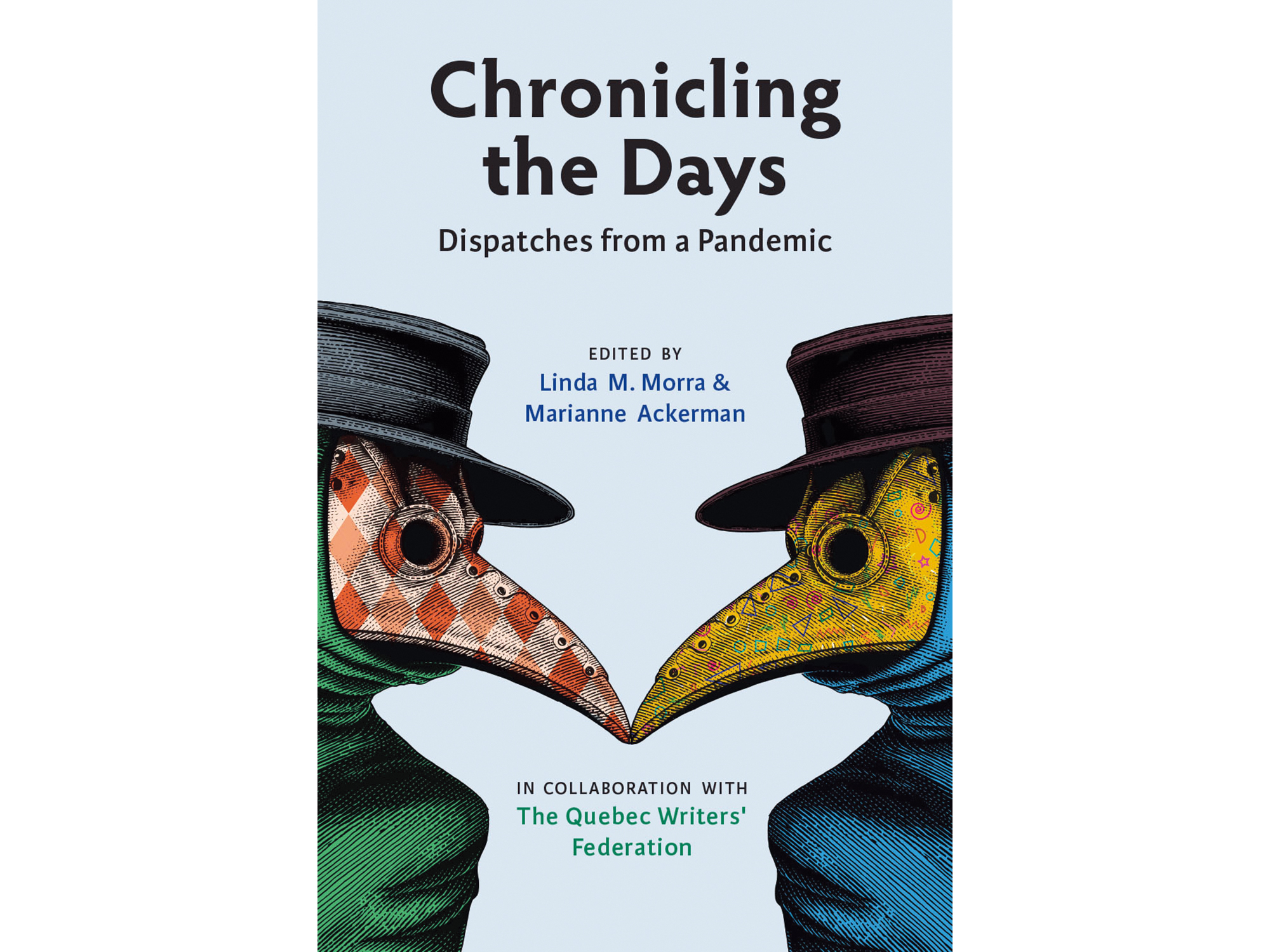 Chronicling the Days: Dispatches from a Pandemic

A selection of daily responses by members of the Quebec Writers’ Federation are gathered in this collection.

Women of the Pandemic: Stories from the Frontlines of COVID-19

The journalist profiles the women – including first responders, cashiers, and teachers – who were 2020’s MVPs.–RP 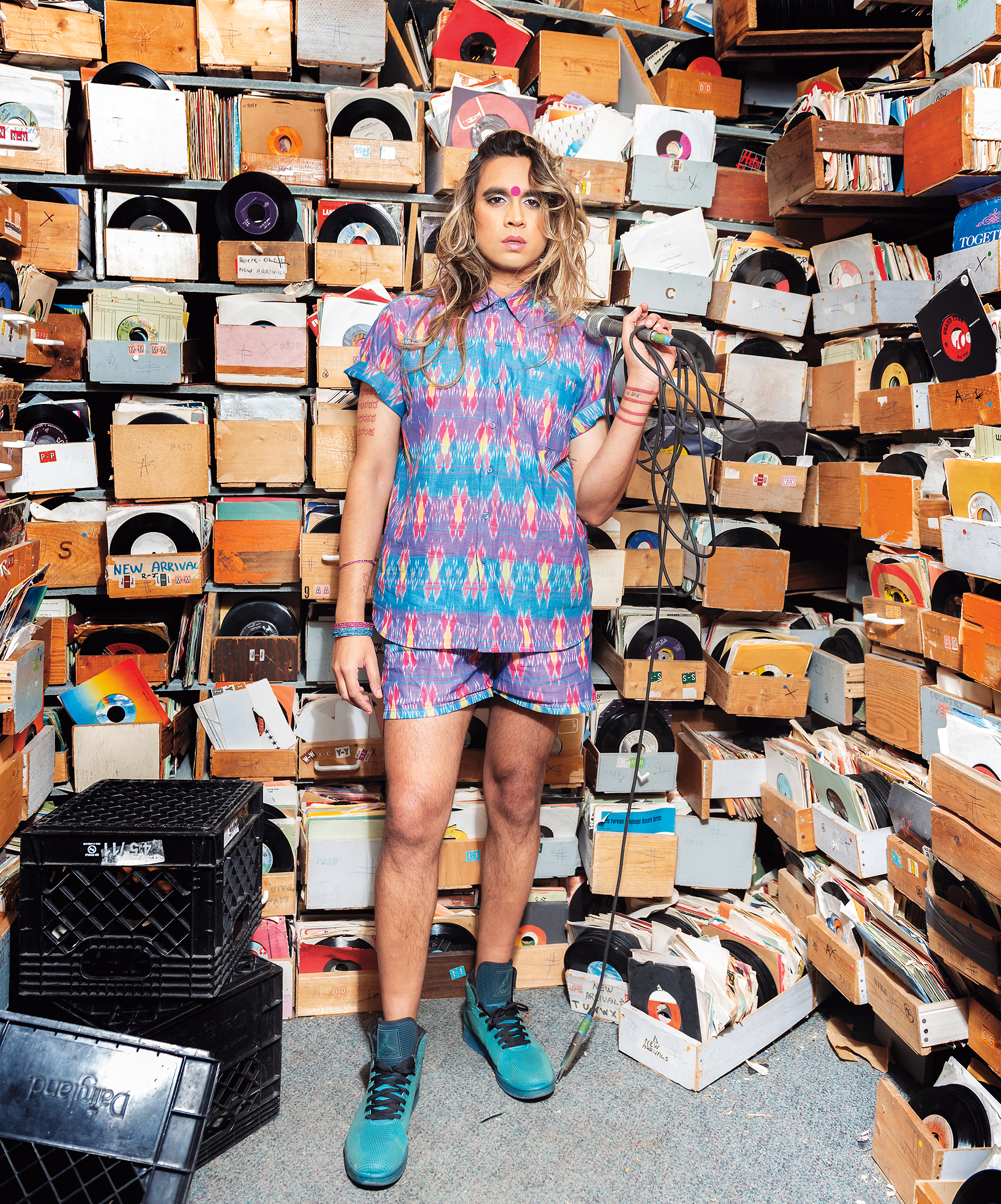 How to Fail as a Popstar

The reliably brilliant queer creators Francis (a.k.a. Q&Q’s Agony Editor) and Shraya each brought personal work to the stage during the slim sliver of 2020 when live theatre was possible. Brian Francis’s Box 4901, a series of poignant monologues addressed to 13 men who responded to a personal ad he placed in university, has been reworked for the book Missed Connections. Vivek Shraya mines the disappointing inertia of her music career to tell an “anti-success story” in the print edition of her play How to Fail as a Popstar. –RP 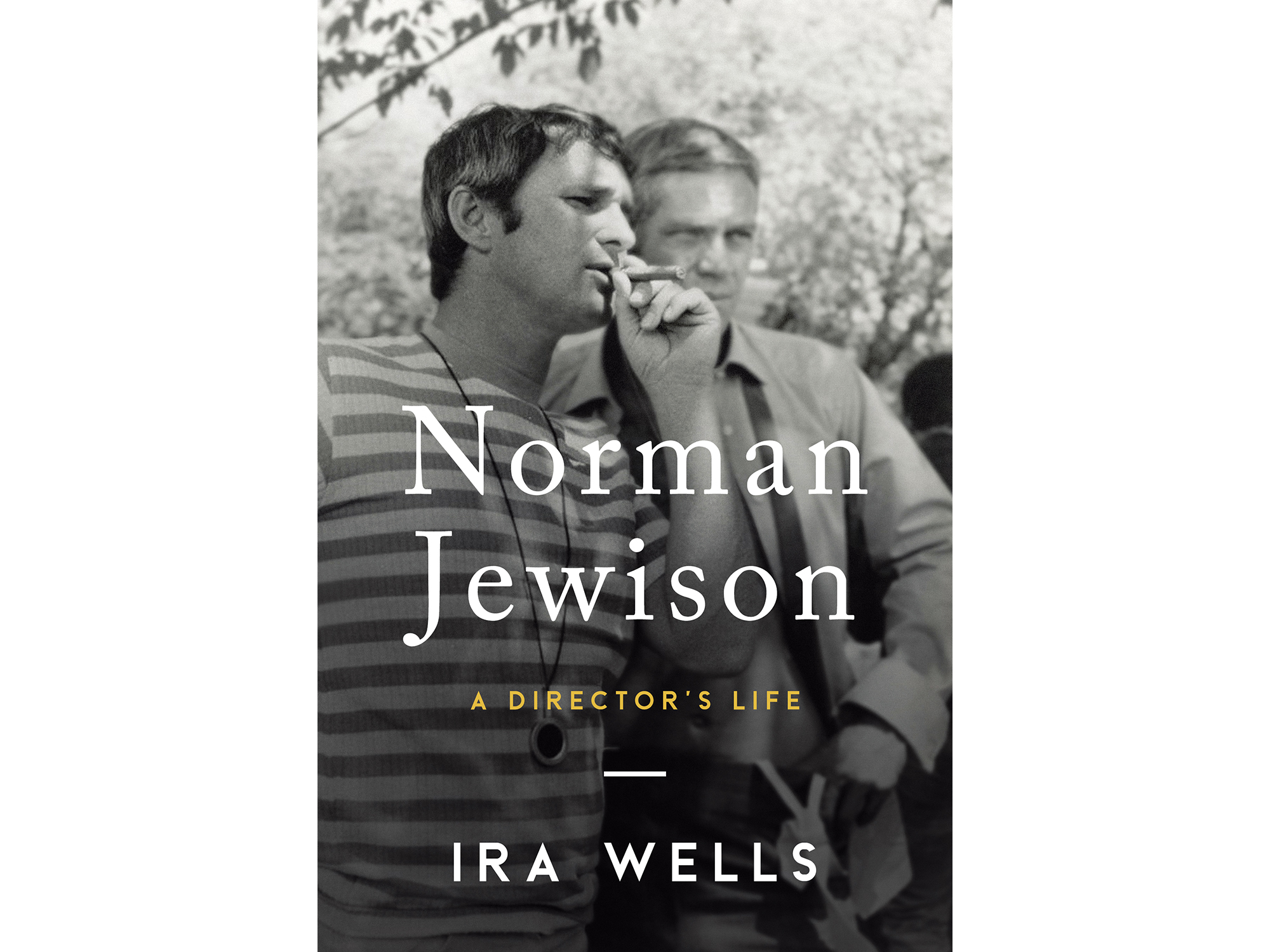 The director of some of the greatest movies from Hollywood’s last golden era – including the Oscar-winning In the Heat of the Night, as well as Fiddler on the Roof, A Soldier’s Story, Moonstruck, and many more – Norman Jewison is the antithesis of the fame-hungry celebrity. In his new biography, University of Toronto professor Ira Wells uses archival research and first-hand interviews to paint a portrait of one of the most versatile filmmakers of our time. –SWB

Future Possible: An Art History of Newfoundland and Labrador

Glorious Birds: A Celebratory Homage to Harold and Maude 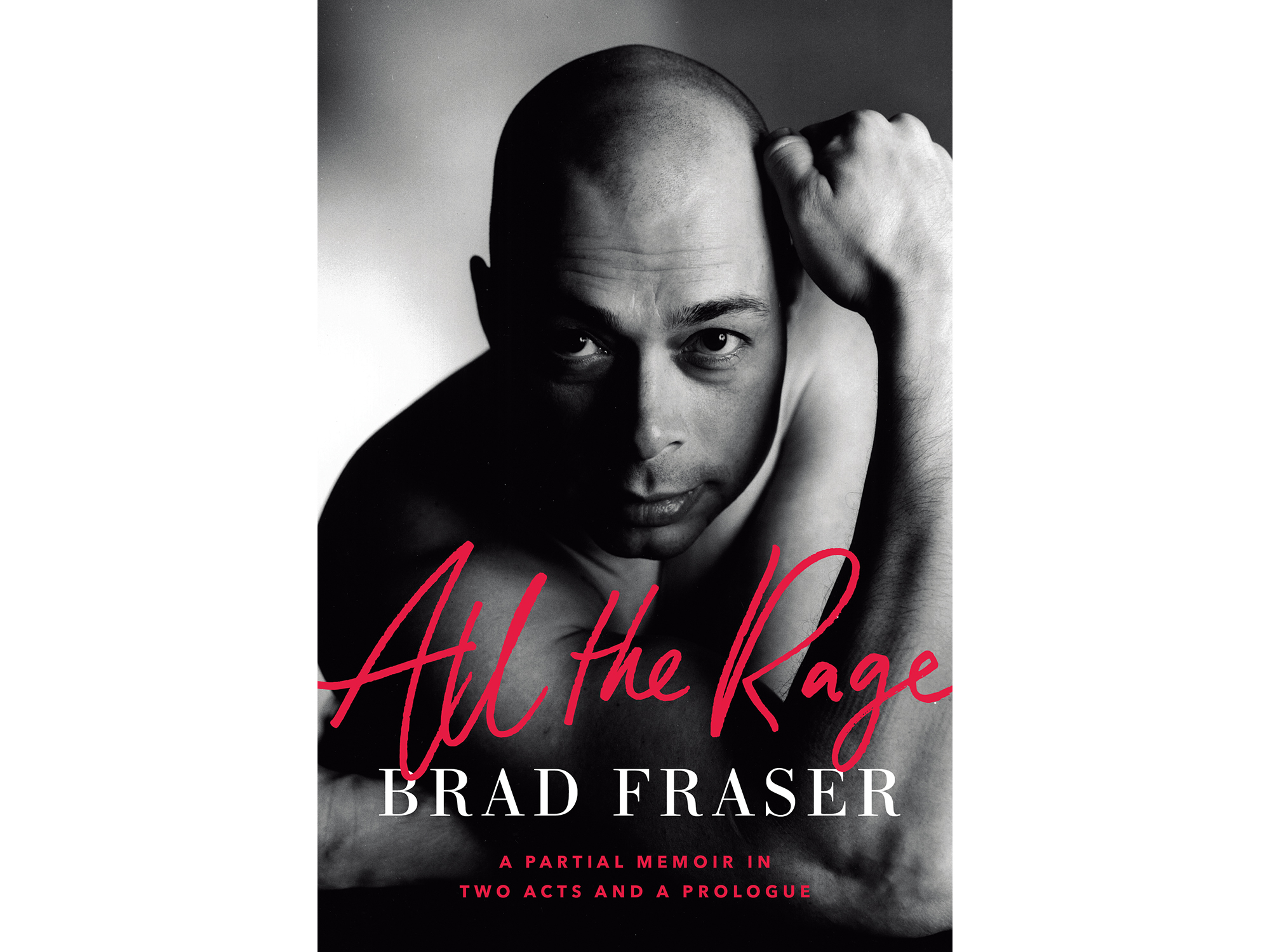 All the Rage: A Partial Memoir in Two Acts and a Prologue

Brad Fraser is one of Canadian theatre’s great mavericks. The author of the groundbreaking works Unidentified Human Remains and the True Nature of Love and Poor Super Man, Fraser also suffered an abusive childhood and challenges as a queer man prior to and during the gay liberation movement and, later, the AIDS crisis of the 1980s. Fraser’s new memoir documents his creative endeavours pushing against a staid and often inflexible theatrical establishment while also standing as an important document of LGBTQ2S+ history. –SWB 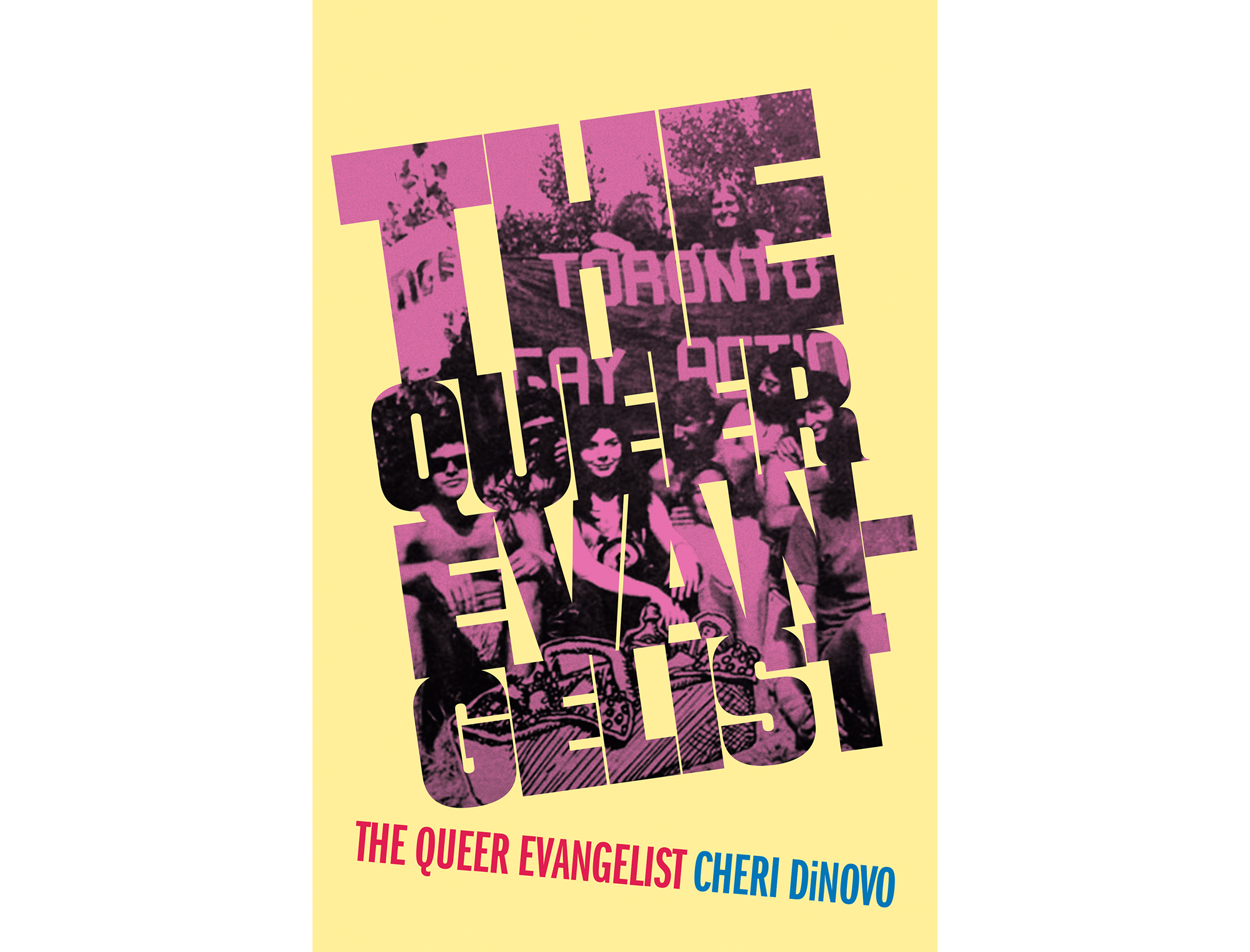 The first United Church minister to perform a legal same-sex wedding tells her story of faith and activism.

The journalist and sexual revolutionary looks back on his contributions to the gay rights movement.

The writer and spoken-word artist shares a collection of tender correspondence written during the isolated early days of lockdown. –RP 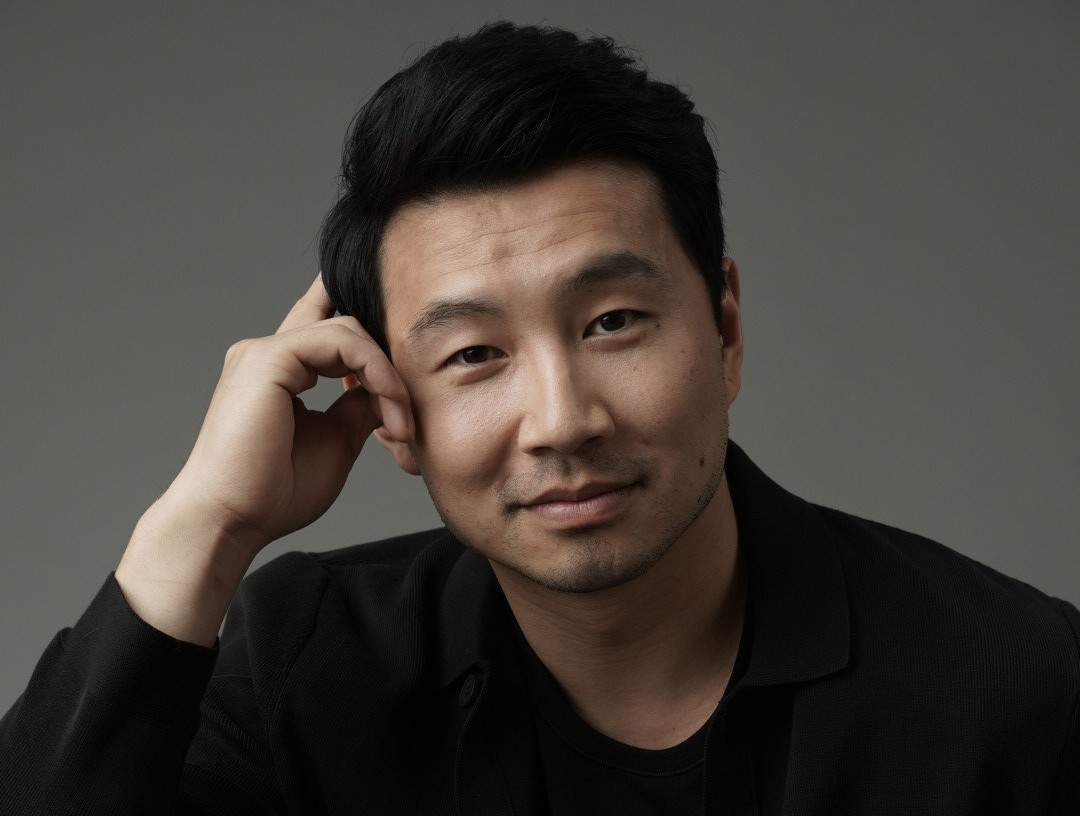 Comedy? Simu Liu has aced it for four seasons as family black sheep Jung on Kim’s Convenience. Theatre? Please see his Dora Mavor Moore Award nomination for Best Ensemble, presented to the cast of the 2015 Toronto remount of Banana Boys. Action? Ask Marvel – Liu will lead the 2021 summer blockbuster Shang-Chi and the Legend of the Ten Rings. Accounting? Okay, so maybe he got laid off from that one. Otherwise, there’s no challenge the 31-year-old Liu hasn’t charged through, including writing his first book, We Were Dreamers. The memoir, charting his Chinese family’s immigration to Canada and the culture clashes that strained their relationships, was acquired even before Marvel flipped Liu’s career into warp speed. Expect a tender, funny, and candid account of coming of age as a future movie star in a family that just wants you safe (and rich) in a stable corporate environment. Did we mention he does his own stunts? –RP 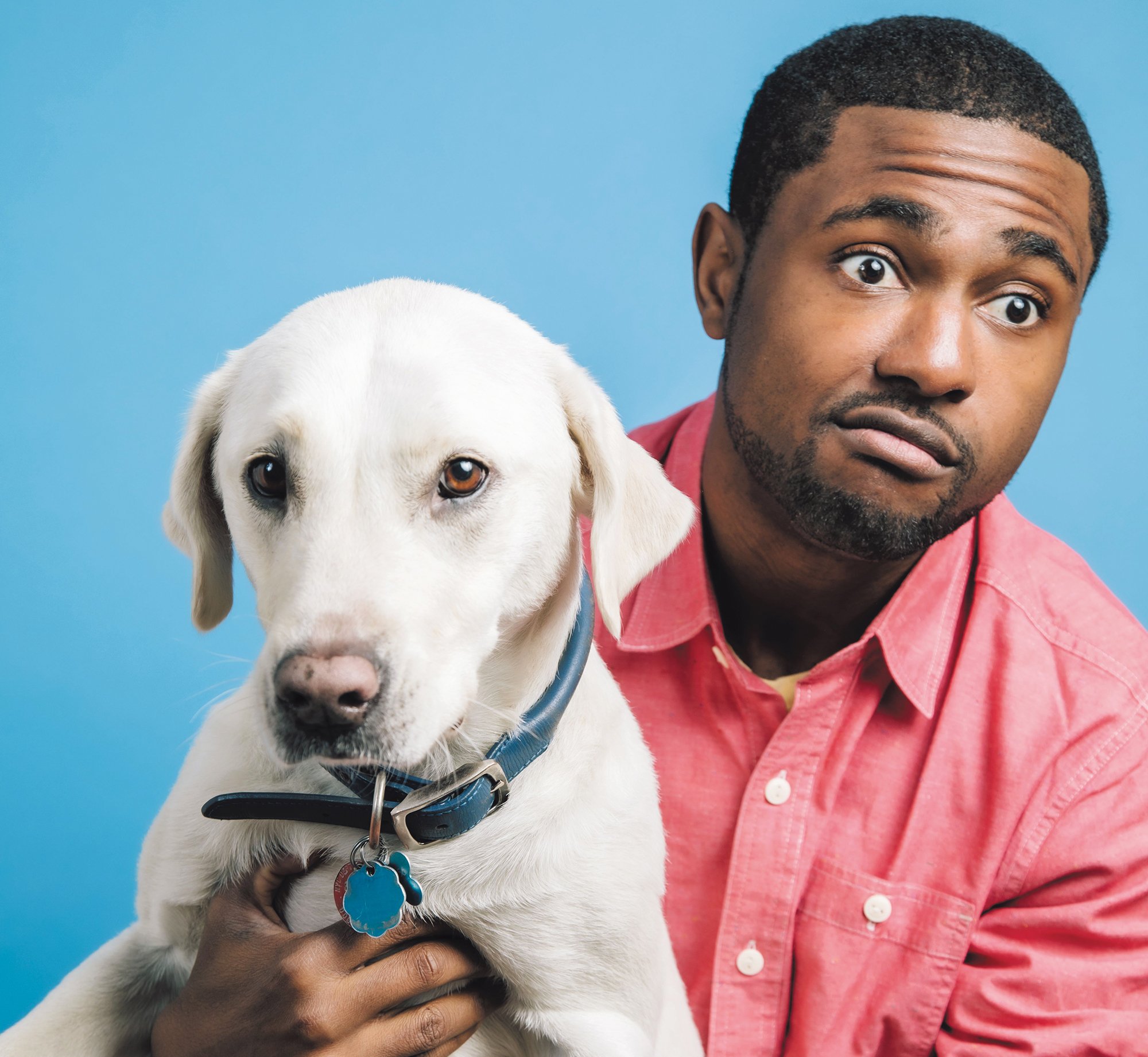 Sure, I’ll Be Your Black Friend: Notes from the Other Side of the Fist Bump

The Haitian-born New Yorker (by way of Montreal) flexes the wit that made his two young-adult novels critically acclaimed in a memoir that both celebrates and bristles at the morally righteous way progressives align themselves with Black people and culture. His book comes complete with the answer to the probing question, “How much Beyoncé is too much Beyoncé?” –RP

Bloodroot: Tracing the Untelling of Motherloss

A new edition of feminist writer and poet Betsy Warland’s out-of-print memoir examines her relationship with her mother, and the surprise revelation that she has another sister. The first book in Inanna’s Signature Series features a new foreword by Cate Sandilands and introduction by Warland. –SC

McLeod’s second memoir, a follow-up to his 2018 award-winning Mamaskatch, revisits a painful childhood in Northern Alberta that was filled with poverty and abuse but also shows his ascent to successful author and influential leader within the government of Canada. –RP

Saga Boy: My Life of Blackness and Becoming

Antonio Michael Downing’s lyrical memoir about reclaiming his Black identity recalls his early years growing up with his grandmother in Trinidad before moving to Canada, where he and his brother were sent to live with an evangelical aunt. Escaping family turmoil, Downing invents several musical identities but eventually lands in prison, where he realizes he must change his life. –SC

Rehtaeh Parsons Was My Daughter

Glen Canning never set out to become an activist, but after the death of his daughter, Rehtaeh Parsons, he has publicly shared her experiences with sexual assault, bullying, and the failures of the justice and health care systems. In this book, Canning and journalist Susan McClelland call out those who should have protected Rehtaeh in life. –SC

Macfarlane’s memoir, his first since 1991’s The Danger Tree, is a poignant story of life and loss. As he approaches 70, the author meditates on the passage of time and the injustice of a short life as his son is diagnosed with cancer. –RP

Susan Olding follows up her 2008 essay collection, Pathologies, with a book about the significance of reading in her life and the lives of those around her. Taking her title from the name of an e-reader Olding suggested for her mother, who was going blind, the essays in Big Reader view life experiences through the prism of lessons learned and comfort sought in the author’s personal library. –SWB

Irish writer James Joyce has been equally heralded as a canonical author of the 20th century and derided as an unreadable solipsist. Even admirers find Joyce’s work – and most particularly the high modernist novels Ulysses and Finnegans Wake – challenging at best. Alongside humorous illustrations by Lynsey Hutchinson, Dalhousie University professor emeritus W. Terrence Gordon aims to clarify Joyce for an audience of admirers and newcomers. –SWB

Canadian Primal: Poets, Places, and the Music of Meaning

In his new book, Trent University professor Mark Dickinson examines the importance of a group of poets whose output in the past five decades has reconfigured the way many people think of Canadian poetics. In making its argument about the spiritual and environmental crises that underpin much postmodern Canadian poetry, the book takes close looks at five key figures: Dennis Lee, Robert Bringhurst, Jan Zwicky, Don McKay, and Tim Lilburn. –SWB 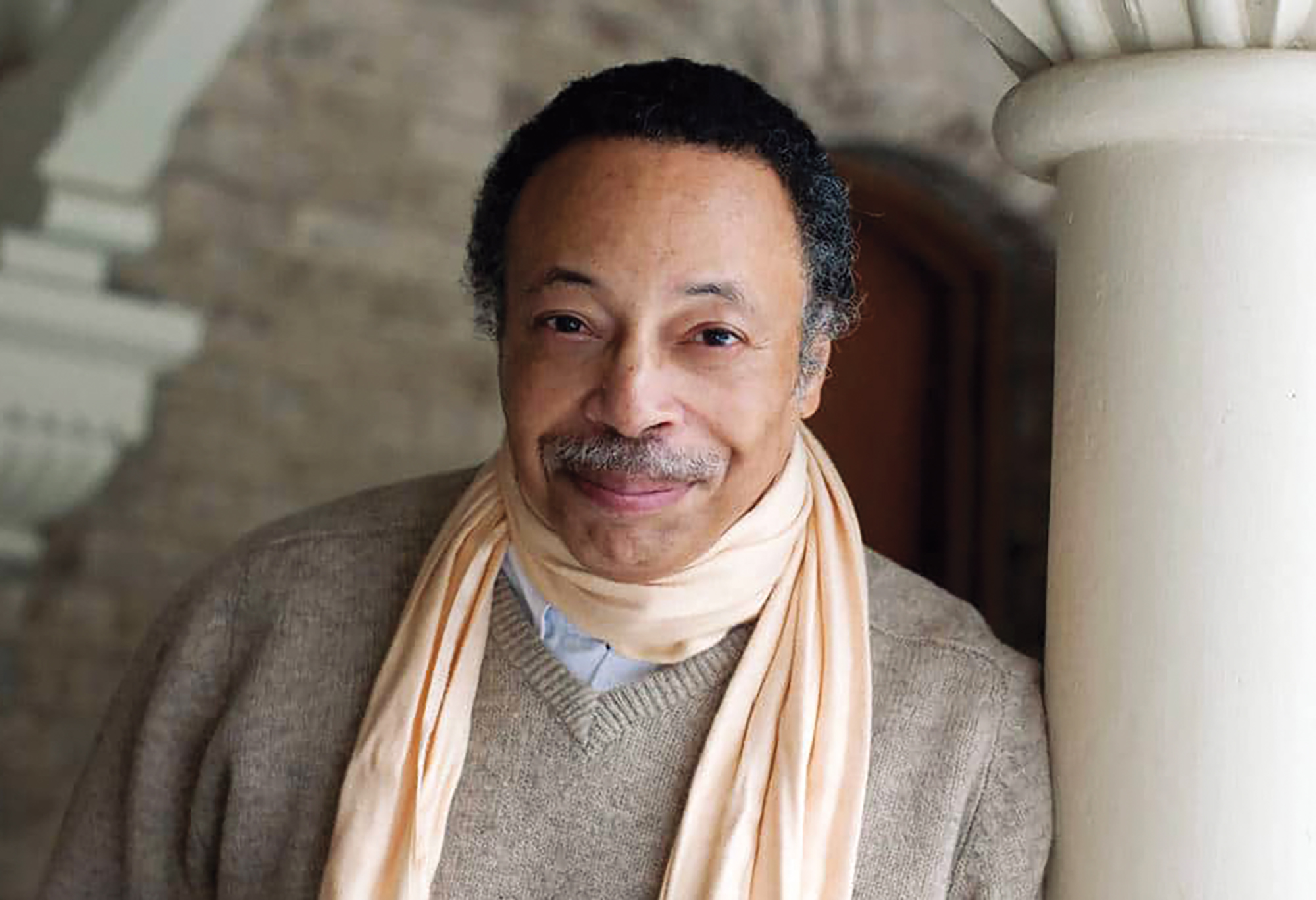 The Quest for a “National” Nationalism: E.J. Pratt’s Epic Ambition, “Race” Consciousness, and the Contradictions of Canadian Identity

In the text of the 2018 Pratt Lecture, former parliamentary poet laureate George Elliott Clarke argues that E.J. Pratt’s attempt to forge himself as the epic poet of Canadian nationalism was ambitious but limited. Clarke argues that Pratt’s poetry ignored or diminished specific groups – Indigenous people, francophones, people of colour – in its attempt to speak for “all” Canadians. –SWB

Anne’s Cradle: The Life and Works of Hanako Muraoka, Japanese Translator of Anne of Green Gables

In this first English translation, Eri Muraoka recalls how her grandmother, Hanako Muraoka, brought PEI’s most famous redhead to generations of Japanese readers. The bestselling biography follows Hanako’s early years growing up in an impoverished farm family to her personal initiative to translate Green Gables during the Second World War. –SC