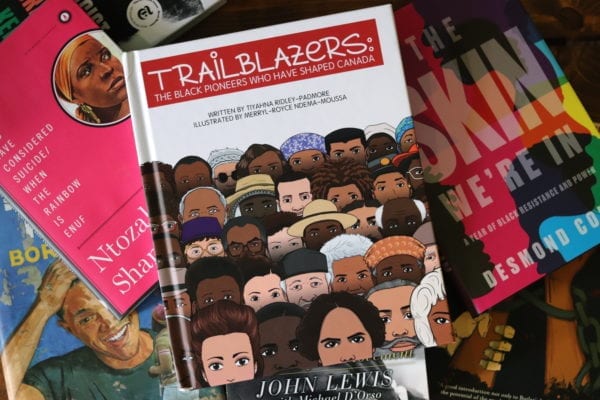 A recent kidlit self-publishing success story has taken a surprise turn. A little over a year ago (before the pandemic and the resurgence of the Black Lives Matter protests), author Tiyahna Ridley-Padmore and illustrator Merryl-Royce Ndema-Moussa sent out a picture book  – a collection of under-told stories of more than 40 Black figures in Canadian history – to a number of Canadian publishers and only received interest from one house.

While working with that publisher, which Ridley-Padmore doesn’t name, they were asked to make changes that made their book unrecognizable. So the creators of Trailblazers: The Black Pioneers Who Have Shaped Canada pulled out of that deal and decided to self-publish, using the Kickstarter route that had worked so well for the likes of Goodnight Stories for Rebel Girls.

Ridley-Padmore and Ndema-Moussa set a goal of $10,000 and collected $47,713. And only two weeks before they were scheduled to go to print, its creators were approached by Indigo Press – the retailer’s publishing arm – who convinced them to publish the book through them. It will be sent to donors and land on bookstore shelves on Nov. 10. Ridley-Padmore spoke with Q&Q about the recent turn of events. 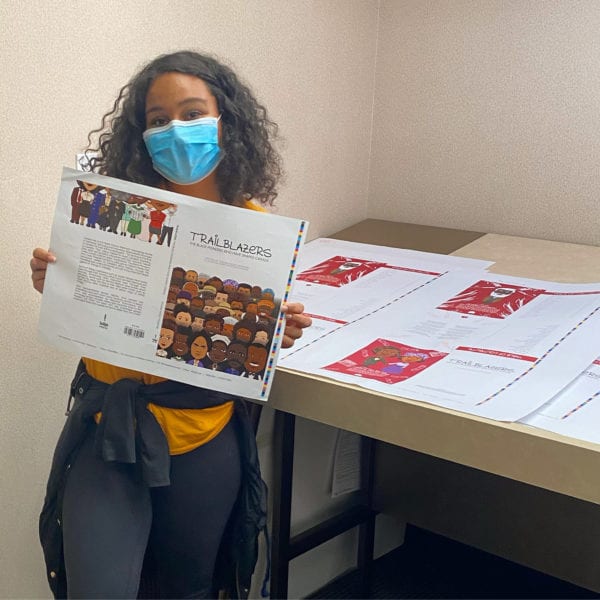 What led you to sign with Indigo?
We were prepared to self-publish even though other publishers had been reaching out after the Kickstarter campaign [including ones who had initially rejected the manuscript]. But after being disenchanted with our first publishing experience, we were kind of set to do this ourselves. And most of the publishers were still acting entitled, saying “You won’t be able to do this by yourself, you need us. Nobody can take your book seriously if you publish independently.”

But when Indigo got in touch it was just such an open and respectful dialogue, and they offered an equitable distribution of power. They started the conversation by saying, “You would have complete creative control. We don’t want to change a single thing, we just want to help you reach more people.”

Will your book only be sold in Indigo?
Their house typically owns the exclusive rights to sell the book. But that was a non-negotiable for us. We’re publishing these stories about underrepresented Black voices and we don’t want to restrict Black bookstores and retailers from being able to access and distribute the book. So we were able to negotiate with Indigo that Black-owned bookstores, and bookstores with an explicit diversity mandate, are able to sell the book as well.

What have you learned about the Canadian publishing industry during this process?
It all feels very counterintuitive. We’re in this time period where we’re seeing a rise of diverse books, diverse characters, and diversity in terms of the representation of authors who are writing these stories.

But at the same time, if all of these books that are being put out at the mainstream level have to go through this gatekeeping process, then they’re all being sanitized by that same dominant voice. If they all have to tap into this publishing process, it’s very much shaping the way the stories are being told – from one perspective, one voice.

So you have to choose between two not-so-great options: either conforming to this very exclusive, very restrictive, very prescriptive system of mainstream publishing, or you have to do it all yourself, carry the burden, be labeled as being less credible, have to get the money upfront, and lose out on national reach. But with the Kickstarter that we did, it turned into a way for us to be able to reclaim power, and we were able to negotiate our place in the literary world thanks to the backing of community support.

Usually self-publishing stories aren’t so successful and heartening.
It was so affirming after a lifetime of being told that these stories don’t matter, and that Black stories aren’t marketable in Canada because there’s not as big of a Black population. Seeing the overwhelming support and excitement and ownership that people took over this project was such a powerful experience.