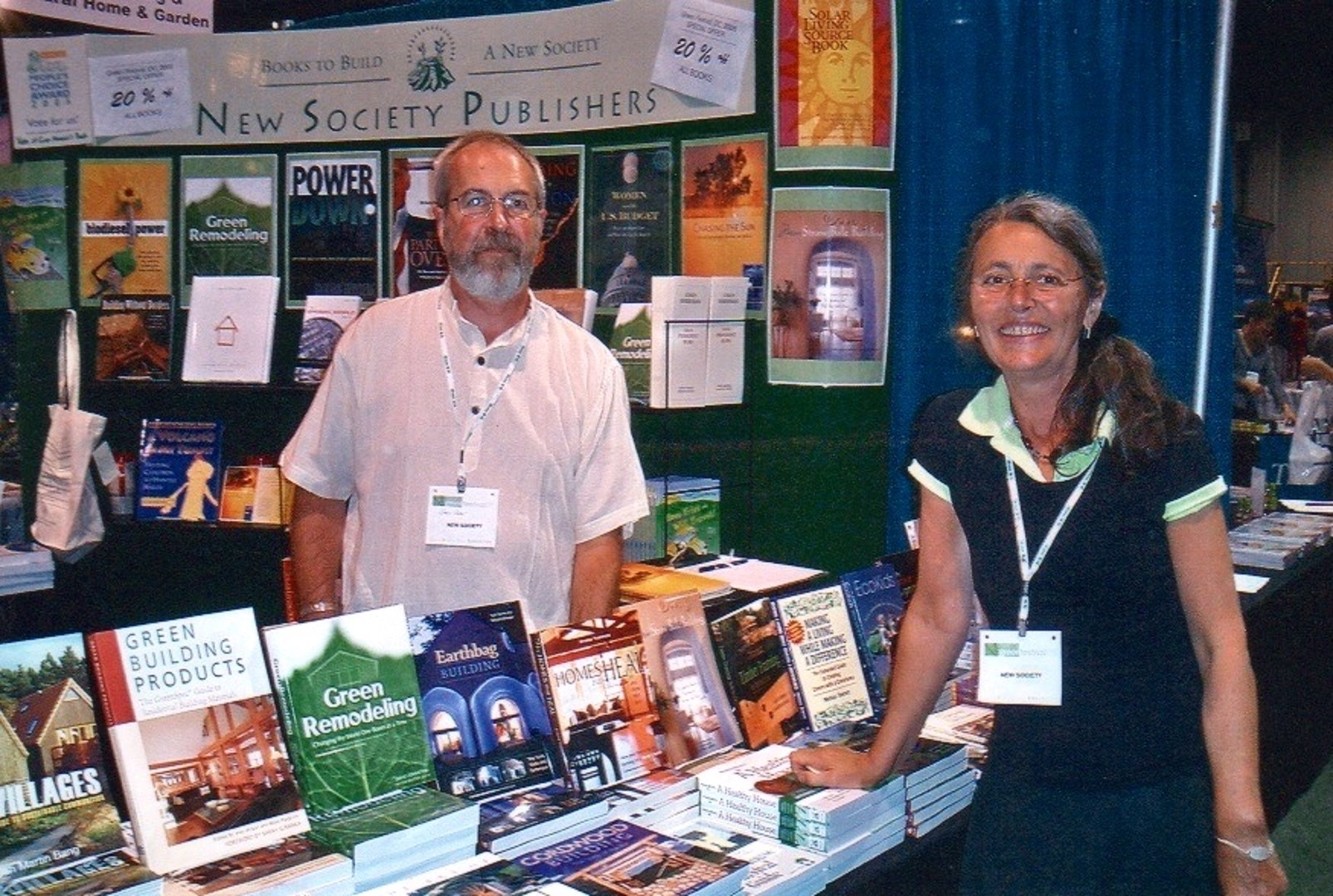 New Society Publishers’ main office can be found in a log cabin among fruit trees and laying hens on B.C.’s Gabriola Island. The small island in the Strait of Georgia, a short ferry ride from Nanaimo, B.C., has a population of about 4,000. “Before we can start our day, we sometimes have to feed the chickens,” says New Society marketing manager Sara Reeves.

In September, B.C.’s politically alternative press celebrated its 40th anniversary. This small company has carved out a niche for books on topics from aquaponic gardening to climate change, all with an unwavering mandate to publish work with “positive solutions for troubled times.”

“New Society Publishers is value-based to its bones, and I do think this sets us apart,” says publisher Julie Raddysh. “We take people and the planet into consideration and not just profits in all business decisions.”

New Society began in Philadelphia, when a group of non-violent activists came together to protest nuclear testing from their boat, The Golden Rule (the inspiration for Greenpeace). With a growing need for printed material to further their cause, a publishing collective, Movement for a New Society, was formed. The Canadian branch of the company began with Raddysh’s parents, Chris and Judith Plant, who founded The New Catalyst, a monthly magazine focused on acting locally but thinking globally. 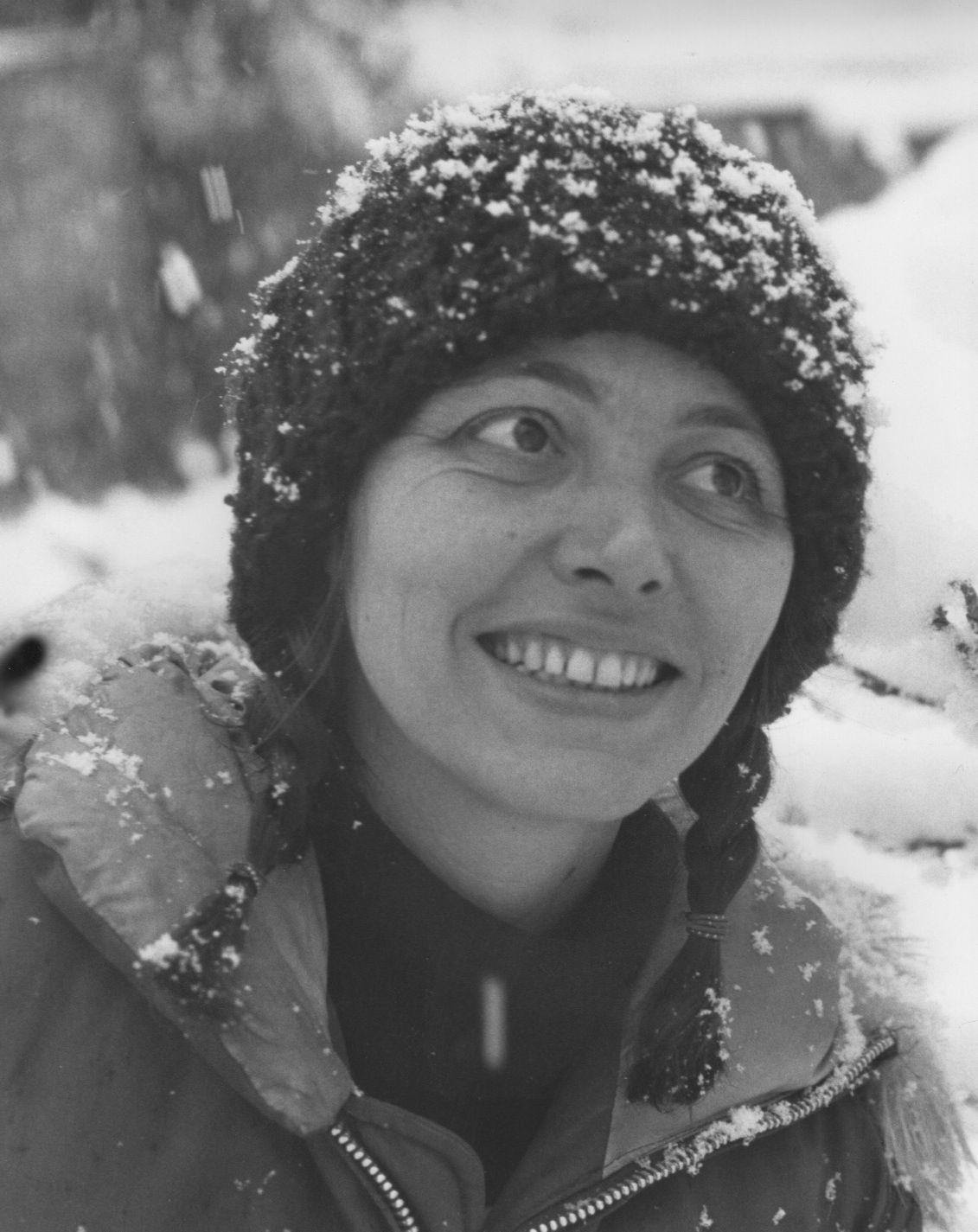 At the time, the Plants had moved their family from a commune and were producing their small bioregional magazine with only a battery-operated computer charged by a micro-hydro system run off a seasonal creek. There was no phone line, save a radio-telephone in the mountains of B.C.’s interior. David Albert, one of the founding members of Movement for a New Society, visited the Plants in 1986 at their cabin to explore the idea of publishing Judith’s collection of essays on ecofeminism. Albert saw how hard they were working on the magazine and knew the Plants had the energy to run a Canadian branch of the book publisher. “You can reach a lot more people with books,” Albert advised them.

As the operation grew, the Plants soon found they needed a reliable phone connection and power system and they moved to Gabriola. In 1996, they were contacted by Joel Solomon of Renewal Partners, a B.C.-based independent investment company dedicated to nurturing outfits with a focus on sustainability and social change. With Renewal’s support, the Plants were able to purchase the U.S. side of the business and expand their distribution. 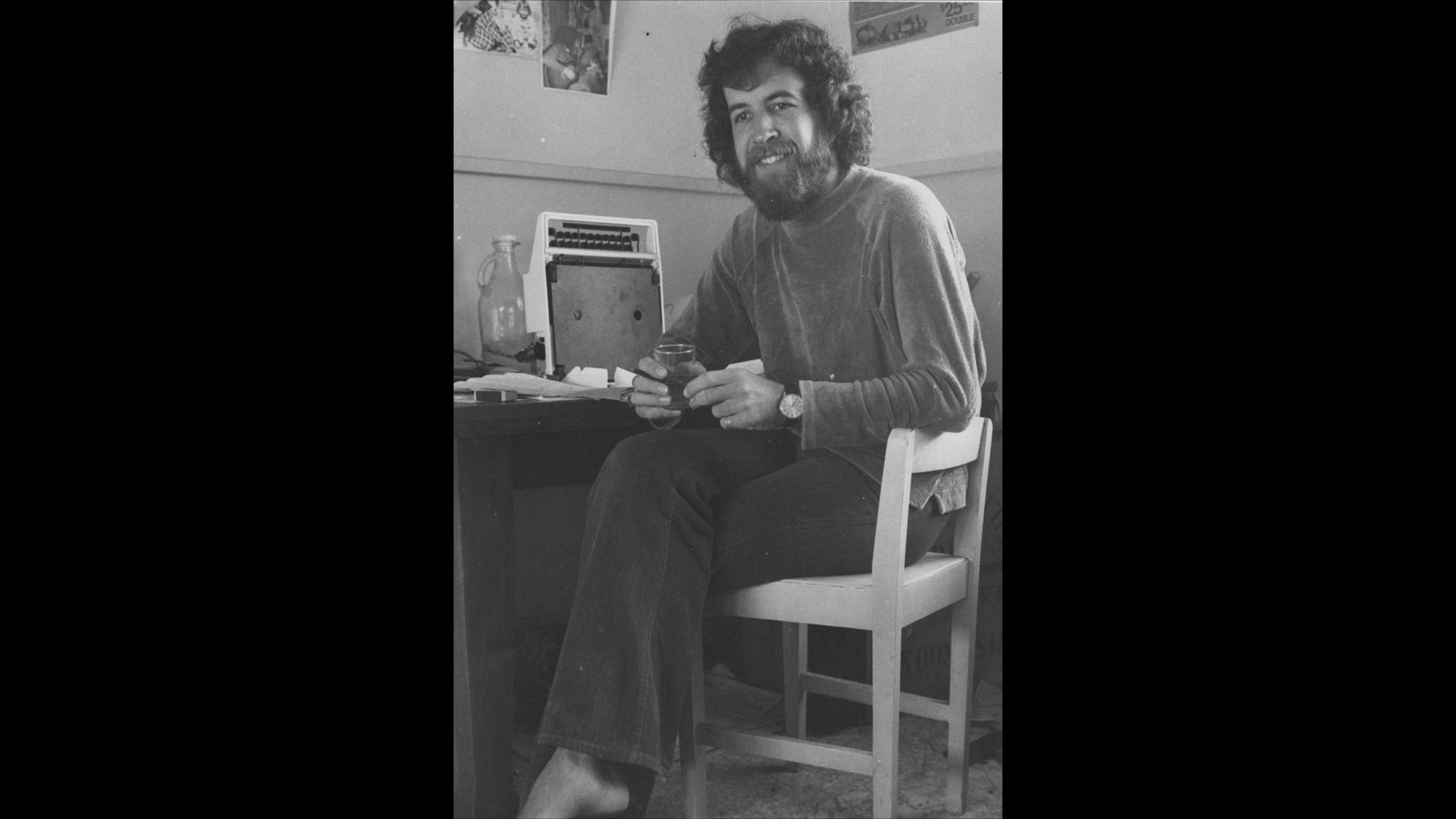 Since then, the company has become one of the first book publishers in North America to go carbon neutral. In 2002, New Society began printing in Canada on 100 per cent recycled paper that is Ancient Forest Friendly, using vegetable-based inks.

“We do take the environment into consideration with a lot of day-to-day decisions – recycling, products we purchase, who we print with, where we print, grouping shipping. All the little stuff,” says Raddysh.

Now a certified B Corp, New Society has joined the ranks of over 3,000 social and environmentally responsible businesses, including the likes of Patagonia and Dr. Bronner’s. In 2015, a new business structure shifted partial ownership to employees.

“A unique piece of the structure is that the employee trust has a seat on our board of directors, thus giving our employees an opportunity to direct the company,” says Raddysh. Her mother, Judith Plant, is now the chair of the board and continues to participate in the company from semi-retirement through some management and editorial work. 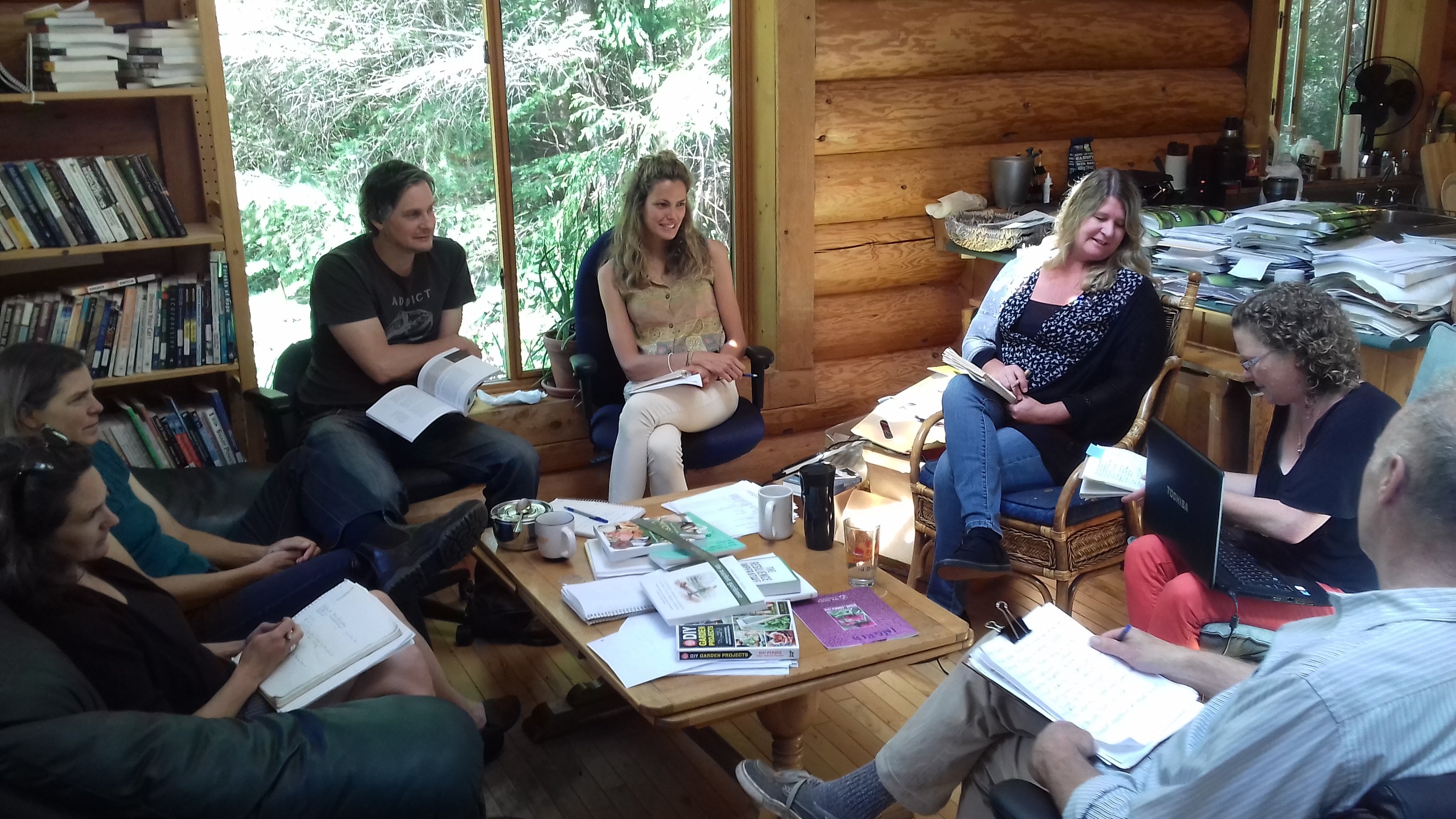 Besides having a committed team, New Society believes it is important to invest in relationships with its authors, which include a long list of social entrepreneurs and changemakers. New Society has published over 500 titles including bestsellers like Facing the Climate Emergency by Margaret Klein Salamon, The Urban Farmer by Curtis Stone, and The Year-Round Solar Greenhouse by Lindsey Schiller and Marc Plinke. They’ve published 22 audiobooks and plan to expand that list. Like many traditional publishers, they have seen a significant increase in demand for ebooks during the pandemic. New Society has also experienced a sales bump for books addressing racism, climate change, and self-sufficiency.

That readers are now seeking material dealing with the same politically progressive topics New Society has been publishing for 40 years is merely a welcome perk of the press’s larger mission. “We are doing all we can to support the change needed for a healthy, diverse, and just world,” Raddysh says. “It’s a huge job and equally or more important than the fiscal bottom line.”