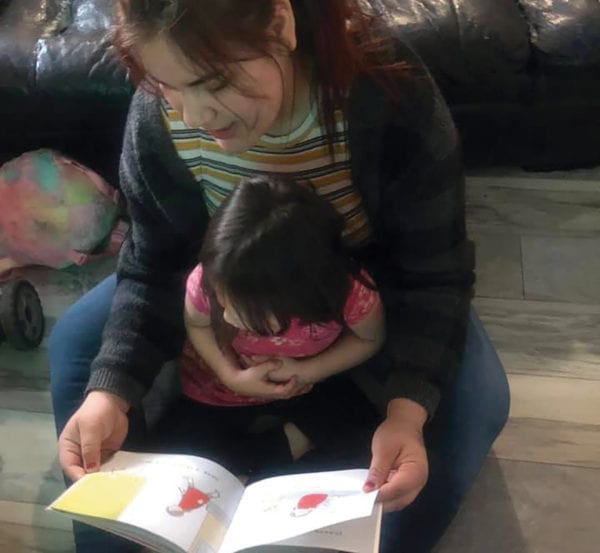 Literacy organizations are calling for support from Canadian publishing professionals as students learning to read in virtual environments struggle to keep up. The organizations hope placing the spotlight on young struggling readers will help address the effects of COVID-19-related school and library shutdowns and bring the broader issue out of the shadows.

“One of the biggest issues literacy organizations face is that it’s a bit of an invisible problem,” says Stephen Faul, president of Frontier College, a national literacy organization. “Many people don’t understand the scope of the issue, and that’s a stumbling block when you have finite time to present your cause to a funder, volunteer, or a potential partner.”

Last November, a University of Alberta study of early learners made headlines with the finding that students in Grades 1 to 3 who struggled with reading before the pandemic were six months further behind after 2020’s extended school closures. Only 85 of the 409 struggling Grade 1 readers tested before the closures improved to average reading levels when they started Grade 2 last fall, the study found.

“People who were struggling beforehand are struggling now more than ever. And it’s not just a few people observing this,” Faul says. “These learners need more time and more attention than ever before.”

The impact of school and library closures on literacy was felt hardest by children in lower socio-economic households in part because of an existing imbalance in home learning environments, which may lack digital devices and high-speed internet, according to literacy organizations. Remove in-person resources like schools and libraries, and the already inequitable access to books is exacerbated.

As Frontier College has pivoted to online programming over the course of the pandemic, demand for one-off online literacy events has increased 300 to 400 per cent, Faul says. Mack Rogers, the executive director of ABC Life Literacy Canada, says his organization, which supports community literacy programming across Canada by developing introductory learning resources, kept purchasing additional Zoom packages to accommodate the nearly 1,600 families who signed up in advance for their virtual Family Literacy Day event with author-illustrator Barbara Reid in January. But numbers for Frontier College’s direct learners, who are receiving virtual tutoring or instruction under COVID-19 restrictions, are about 60 to 75 per cent of what they would be in a non-pandemic year, Faul says.

Unequal access to books during the pandemic is what prompted the Canadian Children’s Literacy Foundation to partner with Food Banks Canada and 21 other organizations, including literacy organizations, publishers, and other book partners, to provide 140,000 books to children in 165 communities across the country last summer as part of the Read On Canada! initiative. The organization is working to undertake a similar project this year. CEO Ariel Siller says the power of working in a coalition is that it allows on-the-ground ideas from local communities, such as delivering books through food banks, to be implemented on a national scale. “It really enables best practices to have their greatest impact, rather than having a lot of different groups reinventing the wheel with limited resources,” Siller says.

First Book Canada distributes books, as well as essentials like winter coats and backpacks, to educators who exclusively work with kids in need through a number of publisher partnerships. In 2020, First Book distributed 1,250,000 books – as many as in the previous year despite the extra challenges posed by COVID-19, executive director Tom Best says. As of early March, Best estimates First Book is on track to distribute 1.5 million books in 2021.

The importance of literacy goes beyond school children being able to read and write. In November, the Canadian Children’s Literacy Foundation released An Economic Overview of Children’s Literacy in Canada, which it commissioned from Deloitte. The report found that between 540,000 and 1.06 million Canadians age 15 and younger have weak literacy skills, and the percentage of 15-year-olds with below-average literacy skills has increased from a decade ago. But every 1 per cent increase in adult literacy could lead to a $67-billion increase in the national GDP, according to 2018 prices, the report estimated.

According to the Organisation for Economic Co-operation and Development’s 2013 Programme for the International Assessment of Adult Competencies, 48 per cent of Canadian adults have literacy skills that fall below high-school equivalency, with 17 per cent at the lowest level, where they may not be able to read dosage instructions on a medicine bottle. “The stats are so extreme that I sometimes don’t use them,” Rogers says. “Most people that we’re speaking to are like, ‘What? There’s no way that one in five people I know in my life is not reading at a Grade 8, 9, 10 level.’ But it’s true.”

“We can make such a difference with younger kids if we can encourage them to read. We have a vested interest, even if all you want to do is look at the economics of it, in encouraging greater participation in reading,” Best says. “We all as an industry benefit from that, whether you’re an author or a printer.”