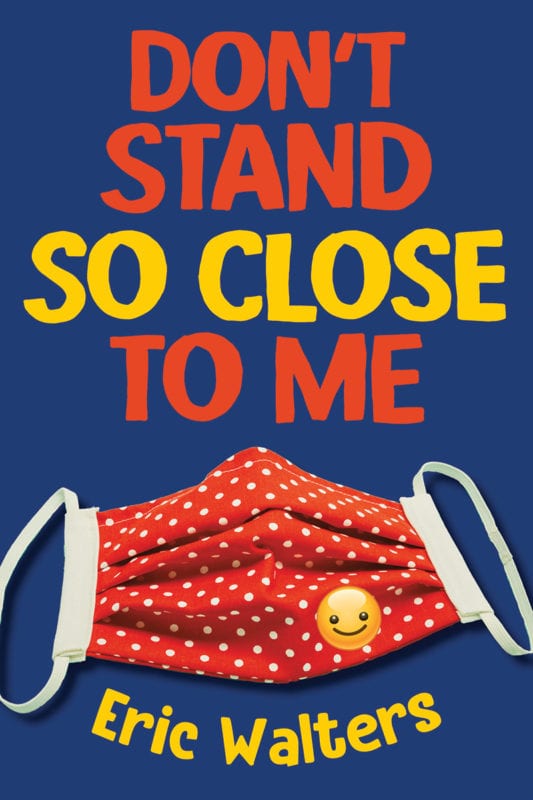 With school visits cancelled, libraries closed, and literary events moved online, what’s a writer to do with all their free hours?

Write a new book – and get it into readers’ hands fast.

Don’t Stand So Close to Me (Orca Book Publishers), by Eric Walters, tackles the world as it is right now, with a focus on all things pandemic: remote learning, physical distancing, quarantining, and the closing of all non-essential services. Preteen best friends Quinn and Reese, and Quinn’s neighbour Isaac, learn about exponential growth, flattening the curve, life in unusual circumstances, and, most importantly, making the best of it.

Walters didn’t set out to write a novel about the pandemic, but the slew of emails he received from readers led to the idea. “What I saw in these emails was a pattern of concern, anxiety, and uncertainty,” Walters said. “These young people, their parents, and teachers were living through something that had no precedent. The sense of not knowing and feeling disconnected was palpable. I wanted to ground their experience in a narrative, help them understand they weren’t alone.”

Orca Book Publishers assembled its entire team to get a digital edition of the novel out as quickly as possible. Most books would be in the publishing pipeline for more than 12 months, but Don’t Stand So Close to Me was written, beta-read, edited, copy edited, designed, and marketed in just 41 days. 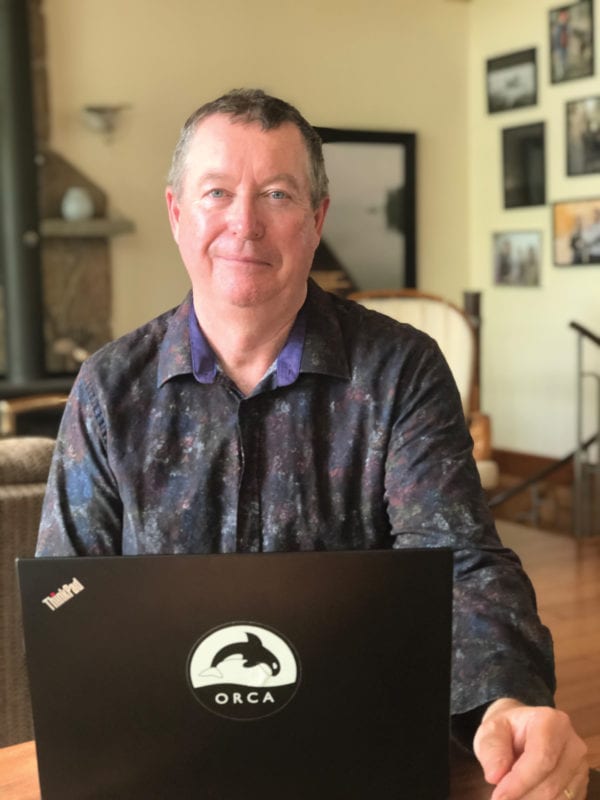 All of the moving parts were done with a degree of concurrence, Walters explains, rather than the traditional consecutive path. Being at the forefront of a new concept – in this case pandemic kidlit – is always a bonus, but Walters says the push to get the novel out so quickly was to help readers rather than exploit the market. “I wanted to answer some questions they were asking and to offer hope going forward.”

Most of the kidlit offerings centred on the pandemic are non-fiction picture books explaining COVID-19 or trying to help young readers adapt to the new reality, including The Big Alone, by Toronto sisters Alex and Jan Avendaño; Coronavirus: A Book for Children, illustrated by The Gruffalo artist Axel Scheffler; and The Princess in Black and the Case of the Coronavirus, by Shannon Hale and Dean Hale.

Don’t Stand So Close to Me, on the other hand, is written for middle-grade readers. On June 2, it will be released in PDF and ePub formats on the Orca website as well as on ebook retailers for $7.99. It will then be published in print in the fall. There are also special classroom and school licensing rates and a teachers’ guide for those who want to delve into the novel with their students. A portion of the proceeds from Don’t Stand So Close to Me will go to Lakeside Hope House in Walters’s hometown of Guelph, Ontario.

Don’t Stand So Close to Me is the first title in Orca’s Digital First initiative. Others, to be released this summer include The Wrench by Elise Gravel and When We Are Kind by Monique Gray Smith. While digital first editions likely won’t become a publishing norm, they will become more important. “Orca has been publishing more and more timely projects tied to issues – and these kinds of books need to be able to be released more quickly,” says publisher Andrew Wooldridge. “As we attempt to provide timely content, especially for schools, I definitely think [digital first] will be more common.”

The pandemic has forced publishers to look at the ways they’ve worked in the past and will no doubt bring about change and improvements. “We have learned a lot over the last few months, paramount amongst those lessons is that publishers are going to need to learn to be more reactive and agile,” says Wooldridge. That said, he makes it clear that this kind of rapid turnaround is unrealistic for most titles. “The writing process is not often a job that can be sped up to lightspeed.”

What hasn’t changed in the pandemic landscape: attracting readers with a story that entertains, educates, or illustrates shared experiences. Says Wooldridge: “We are driven by finding more readers and getting books, in whatever form, into as many – well-sanitized – hands as possible.”