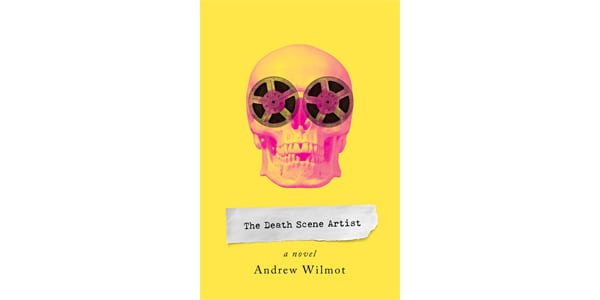 This strange and surrealist tale focuses on a film extra suffering terminal cancer who recounts a tragic love affair with an actor who died or appeared as a corpse in more than 800 different films. The first novel from writer, editor, and visual artist Wilmot is a study of body dysmorphia and gender dysphoria.

Terry Punchout was once the most feared enforcer in professional hockey. Now long retired, he lives a secluded life in a small Nova Scotia town where he marks time driving the Zamboni at the local arena. Punchout’s estranged son is a failed sportswriter who has one more shot at fame, if he can only produce a profile of his irascible old man.

Polaris Music Prize–winning Inuit throat singer Tanya Tagaq is known for her searing honesty and a certain confrontational stance – be it in her music or her Twitter account. So it should come as no surprise that her debut literary work is a tough, gritty account of a girl growing up in 1970s Nunavut.

The debut story collection from translator and poet (Rue) Melissa Bull revisits and reimagines the two solitudes of French and English Canada from the perspective of contemporary Montreal. The feminist tales upend literary convention and re-evaluate the traditional trajectory of the short story.

The characters that inhabit poet Catriona Wright’s debut collection of short fiction epitomize the description in the title: they are psychopaths and liars, narcissists and whiners. Wright offers up a collection of stories about people chasing online fame, romance, or employment, and the less difficult people who have to deal with them. –Steven W. Beattie

Toronto Sun reporter Jenny Yuen draws on her own experiences and those of others to investigate why more people are exploring open relationships and alternatives to monogamy. Yuen sheds light on “throuples,” “quads,” and “relationship anarchists.”

Halifax journalist Lezlie Lowe goes where no one wants to, examining how public washroom access fails women, children, the homeless, and people with disabilities, touching on issues such as urban planning, design, and equity. –Sue Carter

Correction: An earlier headline indicated that these are all fiction debuts. The final two are non-fiction. Q&Q regrets the error.