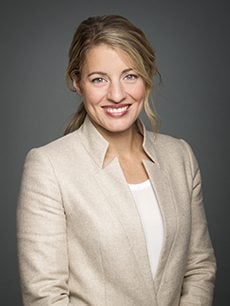 Although Heritage Minister Mélanie Joly kicked off the launch of the federal government’s new cultural strategy with praise for New York Times–bestselling authors Louise Penny and Rupi Kaur, there was little direct mention of books or publishing in the digital media–focused plan itself.

According to the Creative Canada Policy Framework document, there will be “adjustments” to the Canada Book Fund, including support for “innovative approaches” to marketing and promotions, industry collaborations, and online learning platforms. Funding barriers for Indigenous publishers and organizations will also be addressed, with French-language publishers and organizations continuing to receive priority support. There was no word whether the adjustments will include an increase to the fund.

Joly announced that $125 million has been earmarked over five years to support a creative export strategy that includes the new Creative Export Fund, which will be launched in 2018 with the aim of helping cultural producers increase their presence outside the country. The fund is well-timed  as the publishing industry ramps up to 2020, when Canada will be Guest of Honour at the Frankfurt Book Fair.

The mandated 2017 parliamentary review of the Copyright Act and reform of the Copyright Board were also briefly noted. But the most buzzed-about news announced by Joly this morning is the government’s partnership with Netflix, which has committed $500 million to Canadian productions over the next five years. This could potentially mean an uptick in the number of CanLit adaptations available on the digital streaming platform, and more screenwriting work for authors.