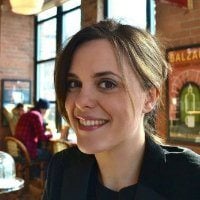 The Word on the Street Toronto has announced festival director Heather Kanabe is stepping down from her role with the book and magazine festival, which she has held since February 2013. Kanabe will assume the position of general manager at the Hamilton Fringe Festival. She will remain with WOTS part-time until a new festival director joins the team.

Kanabe was integral in launching a number of new programming initiatives at WOTS, as well as overseeing the festival’s move from Queen’s Park to the Harbourfront Centre in 2015.

“The opportunity to contribute to the strategic direction of Canada’s leading literary festival has been an honour,” Kanabe says in a press release. “I am sincerely grateful for the authors, publishers, and community partners that I have had the pleasure of building relationships with over the last five years. I look forward to attending The Word On The Street with my family for years to come.”