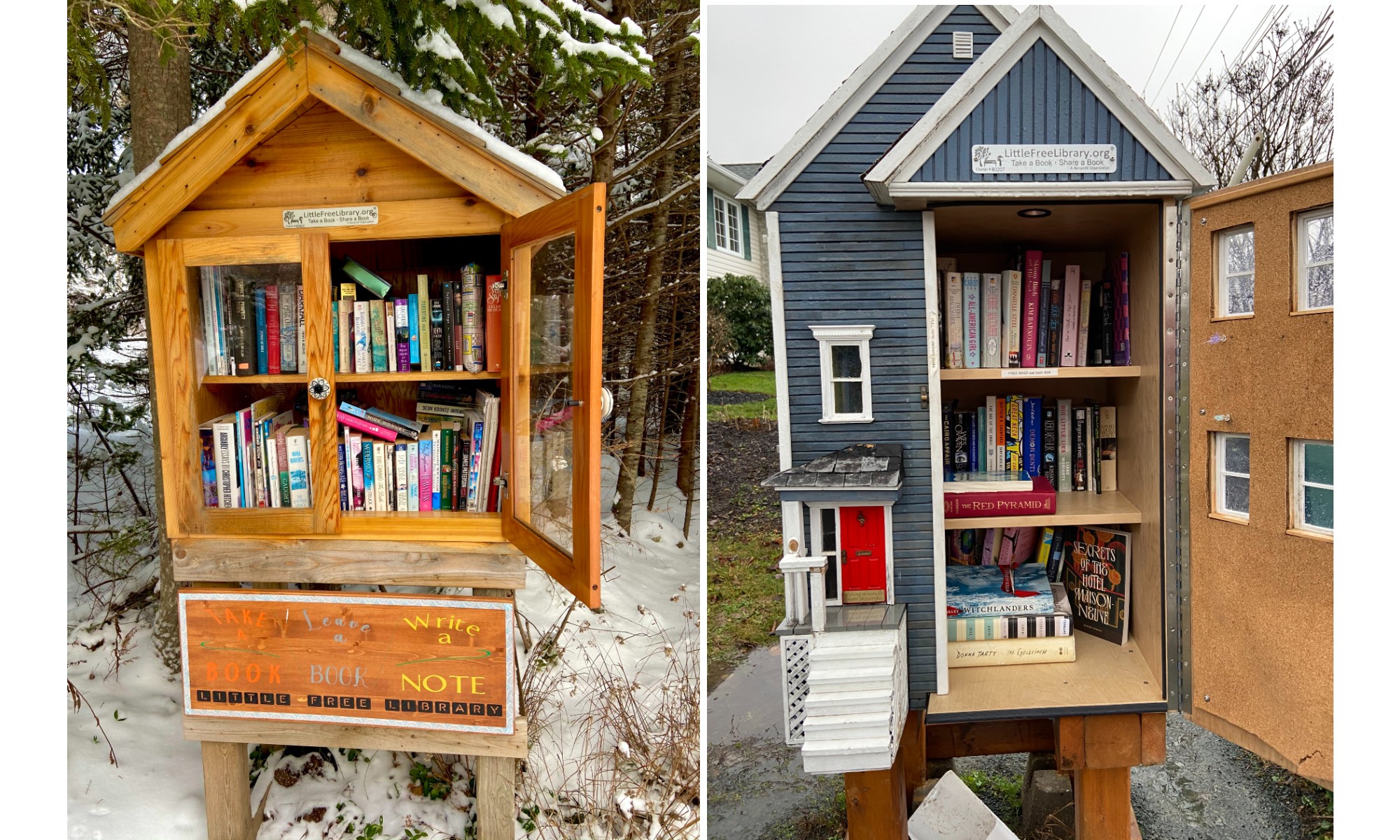 Richard Levangie’s debut middle-grade novel Secrets of the Hotel Maisonneuve (Nevermore) features a kid detective on an old-fashioned treasure hunt sparked by the discovery of a century-old letter. So when it came time to promote the book, it seemed only natural for Levangie to leave a trail of hidden messages himself.

Since the book was published in early December, Levangie has hidden between 20 and 25 copies in Little Free Libraries – which operate on a take a book, leave a book philosophy – around his home province of Nova Scotia. He estimates he has visited about 90 per cent of the book giveaway boxes around Halifax, and most of the locations within a 100 km radius of the city. “It’s just brought me so much joy – joy that I thought I’d miss by publishing a book during a pandemic,” he says. 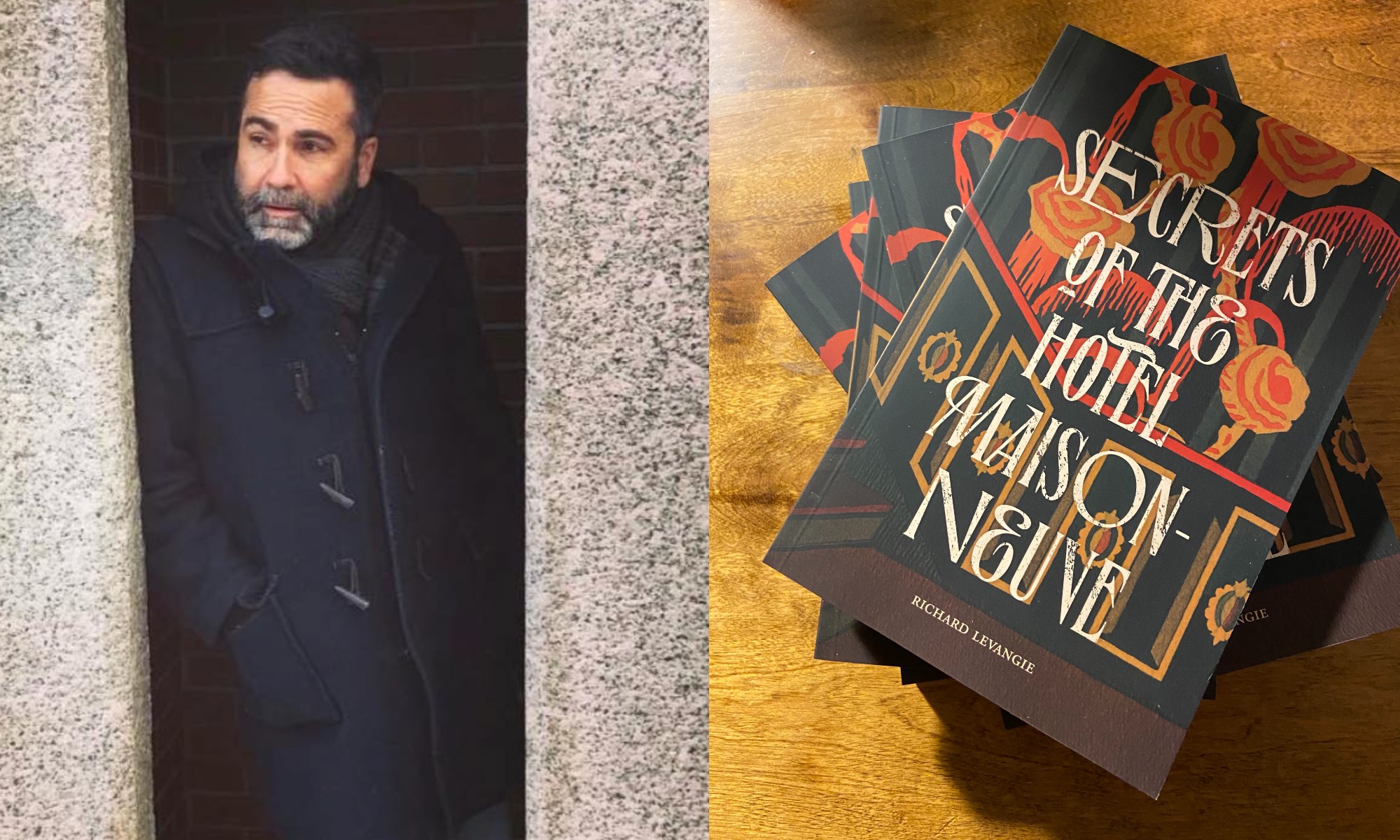 What has it been like releasing your debut novel?
Like so much of life these days, it’s been bittersweet. All the little milestones that authors celebrate on their way to publication were celebrated remotely. I’d be lying if I said that it didn’t sting.

But actually holding the book in my hands, and having strangers leaving thoughtful comments on Twitter and Goodreads, has been even better than I could have hoped. Secrets of the Hotel Maisonneuve was even reviewed on a kid’s YouTube channel, Wild Willie’s Book Reviews, and a friend sent me an image of her daughter reading my book while walking home from school. … It just touches me in ways I didn’t expect.

What does publishing this novel mean to you?
It’s a dream come true. After working at the edges of journalism and publishing for decades, I feel like I am where I’m supposed to be.

Most of my adult life was lost to a misdiagnosed neuroendocrine tumour that gave me thousands of migraines, and chronic fatigue and fibromyalgia. For a few years, I’d been an entertainment features writer, but after the illness settled in, I didn’t write anything worthy for more than two decades. When I finally started feeling a little better, two novels sprang into my head, waiting for me to write them. It felt like a blessing and, after nearly dying a couple of times, I wasn’t going to miss this opportunity.

How did you come up with the idea to share your book through Little Free Libraries?
[Lunenburg, Nova Scotia press] Nevermore is publishing great books, but we know that they’re a small company taking a big chance on us. Especially because all the traditional ways of publicizing a book aren’t available for authors now.

I often go for weekend drives exploring the Atlantic Coast with my wife, Kristina, and we happened by a small roadside library at a campground. She found a venerable book inside by Canadian Charles G.D. Roberts that she wanted to read, but we had nothing to put in its place. So we decided to return and leave my book inside after it had been published. And the idea just grew from there, although it’s kind of funny: we haven’t been able to find that first library again … it’s not registered.

Secrets of the Hotel Maisonneuve is a story about forgiveness & a rousing treasure hunt. I’m currently driving around #NovaScotia donating books to @LtlFreeLibrary. A little treasure hunt, in a way. #books #reading #libraries

What would you like to say to people who have found your book this way?
Most of the books in the Little Free Libraries are inscribed with messages, and I hope they take the messages to heart. I hope that people finding my books will enjoy the story I’m telling. And I hope that this small act of kindness will create ripples that spread out to touch other lives in some small way. If you’re a kid, this is a terribly difficult time. But little treasures help all of us realize that better days are coming.

What has the feedback been like?
A man in his 60s wrote to ask me to leave a copy in his uncharted neighbourhood Free Library in Halifax’s North End. He said it sounded like a book he would have read as a kid. So I did, with a little card inside. He wrote back and said that it made his Christmas. A couple of friends have left copies in Little Free Libraries near their homes, and my sister added several copies to the library outside Ronald McDonald House.

Outside of donating your book, what have you learned by visiting Nova Scotia’s Little Free Libraries?
I have always felt lucky to be living in Nova Scotia, for it’s such a beautiful place. But this project has reminded me of the importance of community and blooming where you’re planted.

We visited one nearby Little Free Library in a disadvantaged Dartmouth neighbourhood, and found it virtually empty. After I posted a photo on Twitter, the kind folks at the Dartmouth Book Exchange ran down with a bag full of books, but couldn’t fill it. They returned the next day with another bag. We dropped by last weekend with a stack of books from our own shelves and again found this little library less than half full. Clearly, that neighbourhood is finding distraction and solace in good stories. And, of course, I want to help support my community as we face another year of COVID.

We live in a working-class neighborhood where, I know, some kids go without. We can’t wait until we have a Little Free Library here in our own neighbourhood. I just believe that books have the power to change lives.