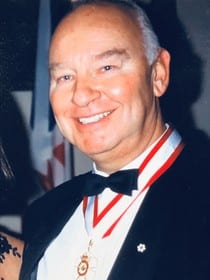 Jack Stoddart, a staunch nationalist and one of the drivers of Canadian publishing during the 1980s and ’90s, has died. According to his official obituary, Stoddart died at his home on Jan. 17, 2019. He leaves behind his wife, Nancy Kroeker, former executive director of the Writers’ Development Trust, along with three step-daughters and four grandchildren.

The eponymous publishing house Stoddart ran was responsible for a multitude of important and award-winning titles including Carol Shields’s Swann, David Chilton’s perennial bestseller The Wealthy Barber, A Dream Like Mine by M.T. Kelly, and Water by Marq de Villiers. Stoddart also acquired House of Anansi Press and McFarlane, Walter and Ross, which, under Stoddart’s ownership, were responsible for publishing On the Take, Stevie Cameron’s exposé of the Mulroney-Airbus affair; Boom, Bust, and Echo, David Foote and Daniel Stoffman’s prescient study of demographics in Canada; and John Ralston Saul’s Governor General’s Literary Award–winning Massey Lectures, Unconscious Civilization.

In the words of Marc Côté, publisher of Cormorant Books (in which Stoddart also held a 40 per cent interest for a period), Stoddart was “a man who truly desired a better country.” General Publishing launched a distribution line in 1992, which incorporated four years later and became, according to Côté, “the single most important book distributor in Canadian publishing history.” The insolvency of General Publishing in 2002, which came at a time of seismic change in the industry, does not diminish the significance of Stoddart’s impact on Canadian publishing during its years of consolidation and coming-of-age.

Q&Q will have more on Stoddart’s legacy and impact in the coming days.