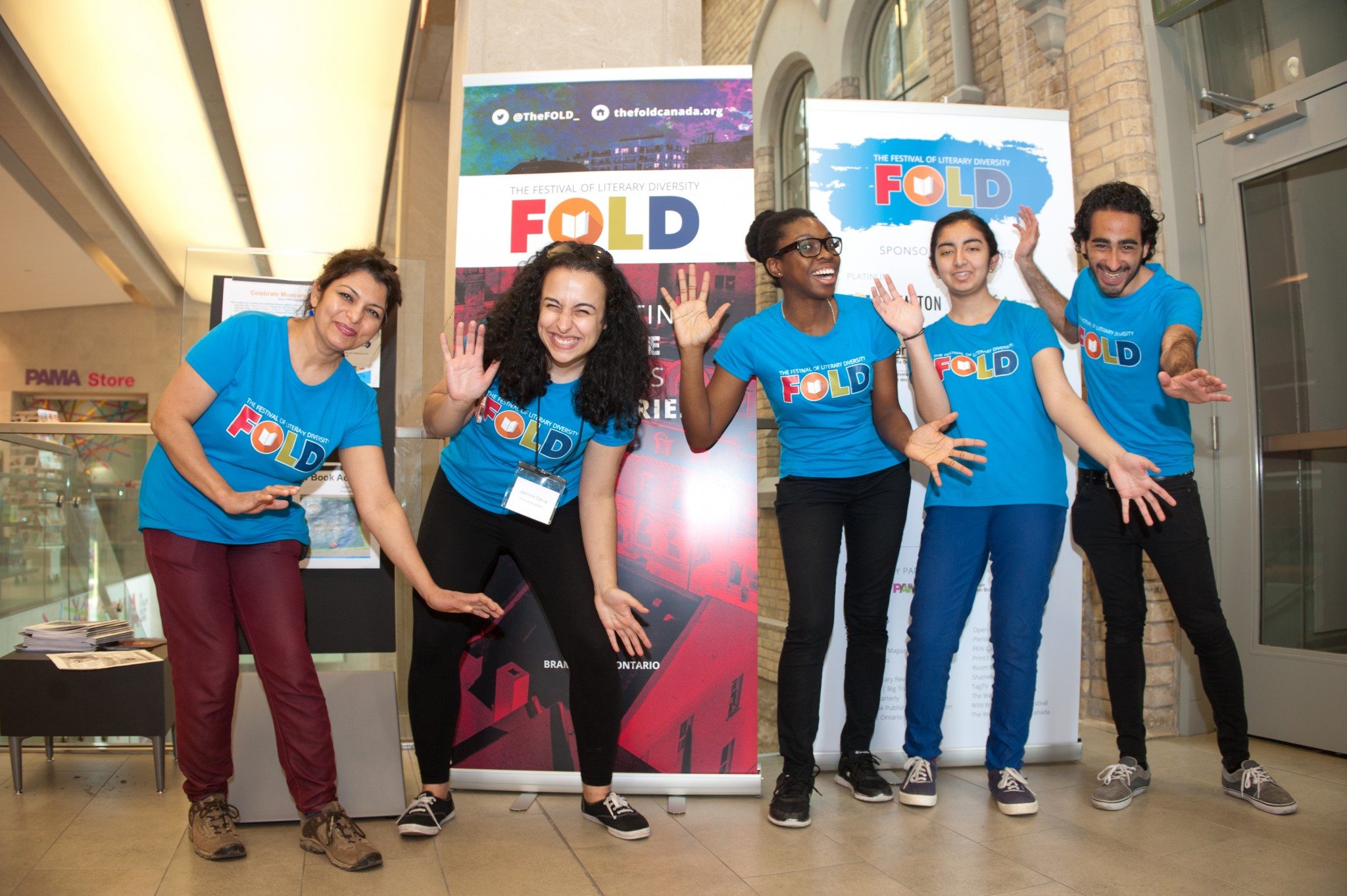 So maybe it’s not exactly what the team behind the popular Festival of Literary Diversity had in mind for their fifth anniversary festival. But by going virtual April 3–May 3, this year’s FOLD is more accessible than ever to a broader range of abilities and regions.

Best of all, the lineup is stacked with talent – the 16 panels include Jesse Thistle, Samra Habib, Mona Awad, and Casey Plett among so many other acclaimed Canadian authors. Additionally, Q&Q’s review editor Steven Beattie will host a post-festival panel on May 4 with festival founder Jael Richardson and communications coordinator Amanda Leduc reflecting on the event’s fifth anniversary.

To walk festival-goers through the uncharted territory of our digital universe, Richardson and Leduc offered some tips on how to get the most out of the FOLD’s first virtual literary festival.

Are people going to be able to see me or can I just stay in these pyjamas?
Attendees will be able to view the moderator and authors of a session. For security reasons, only authors, moderators, and FOLD technical staff will be capable of appearing on video.

Why is space still limited when it is virtual?
The FOLD is using a Zoom webinar account, and the maximum amount of attendees for webinars is set at 500 participants.

Can I ask a question during a Zoom panel?
There will be a Q&A feature on select panels where attendees may type a question into the Q&A box. The moderator for the session will select a few questions at the end of the moderated panel discussion.

If I can’t be online during a certain panel’s timeslot, can I watch it later?
This is all new to us, so we’re still figuring it out. But we’re hoping that if an event sells out, in particular, we can find a way to share a recording of it later on.

Usually I would buy the book and have the author sign it. Is there an equivalent?
We encourage the buying of books at all times, which is why the panels will include short readings! The FOLD’s festival bookseller, Another Story Bookshop, will have copies of all of the books from authors appearing at FOLD 2020. Check their website to see if book deliveries to your home might be possible. If not, we encourage supporting your local bookstores wherever and whenever possible — many bookstores are also offering delivery service and online selling during these unprecedented times.

Even though this year’s events are free, I still want to support the FOLD. Is there a way that you would suggest lending financial support?
Yes! The FOLD is now a registered charity, and you can donate to the FOLD through our CanadaHelps page which you can find via the FOLD website. The Support Us page on the FOLD website also lists other ways of supporting the FOLD and its mission in various ways throughout the year.

I was looking forward to getting feedback on my writing. Is that still possible?
The FOLD hosts a number of activities throughout the year to support emerging writers. Our online FOLD Academy series will continue after the festival with an appearance by FOLD alum Ben Philippe, and will then return in the fall under our new partnership with Humber School for Writers, Harlequin Books, and HarperCollins Canada. Stay up-to-date on FOLD activities and opportunities for writers by signing up for our weekly newsletter.