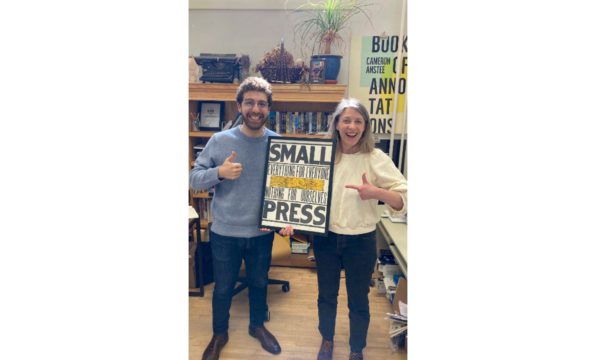 Norm Nehmetallah will become the new publisher of Invisible Publishing next month.

Nehmetallah takes over from Leigh Nash, who becomes the new publisher at House of Anansi Press in April. Nehmetallah, who is currently a district sales manager for independent bookstores at Penguin Random House Canada, will join Invisible as of April 11. He will work with Nash as co-publisher until April 19, after which he will assume the publisher role. He will sit on the board of directors for Invisible. Nehmetallah has also worked at Coach House Books and Biblioasis.

“We’re really excited that Norm has decided to join Team Invisible,” Nash said in a statement. “He’s had a hand in every part of the publishing process – from sales and marketing to production – but wherever he’s made and sold books, he’s always championed indie publishing, bookstores, and readers.”

Nash has been publisher at Invisible since early 2015, when she took the helm from co-founder Robbie MacGregor.