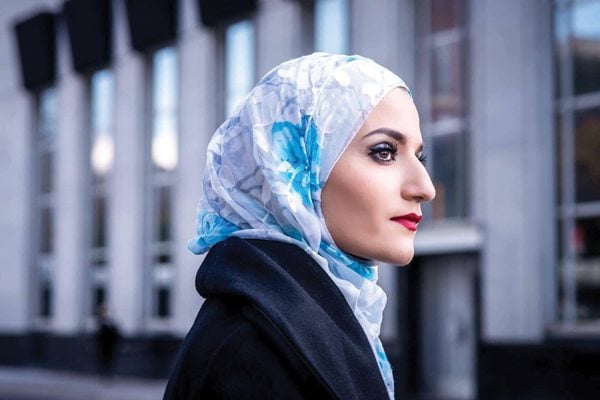 There’s no denying Rupi Kaur is a publishing phenomenon. With two million followers on Instagram and just as many copies of her books sold – not to mention a recent profile in Rolling Stone – the Canadian poet is being credited with a resurgence in the international popularity (and sales) of poetry. So it’s no surprise that her U.S. publisher, Andrews McMeel Publishing, would turn again to Instagram – and Canada – in hopes of replicating that success.

Last May, Kaur attended a poetry slam in Bankstown, Australia, with Andrews McMeel president and publisher Kirsty Melville. Bankstown is a western suburb of Sydney with many similarities to Kaur’s hometown of Brampton, Ontario. A number of the performers that night were Muslim women, and Melville wondered if she could find their equivalent in Canada. She did: Najwa Zebian, a Lebanese-Canadian poet, speaker, and teacher living in London, Ontario, who immigrated when she was 16.

Like Kaur, Zebian has built a loyal social-media audience (more than 700,000 Instagram followers, and growing) and has fans around the world – including a few celebrities such as actresses Hilary Swank and Danielle Brooks – who identify with her themes of love, friendship, honesty, and identity. Zebian’s popularity hit a new high in October when her words identifying with the #MeToo movement were picked up by international media, including The New York Times. “Her message was so powerful, and so important,” says Melville. “And her work really resonates with young women.”

An expanded and revised edition of Zebian’s 2016 bestselling self-published first collection, Mind Platter, will come out with Andrews McMeel in March, followed in October by The Nectar of Pain. Both will be distributed by Simon & Schuster Canada. (Kaur is published and distributed in Canada by S&S). In late January, Melville introduced Zebian to independent booksellers at the Winter Institute in Memphis, kicking off a word-of-mouth and hand-selling campaign, which will be followed by a marketing plan to introduce the rising star to the rest of America.

Although the similarities with Kaur’s trajectory can’t be denied, Melville emphasizes Zebian’s own talents and uniqueness. “Najwa’s writing and intensity and her words are very powerful in their own right.”