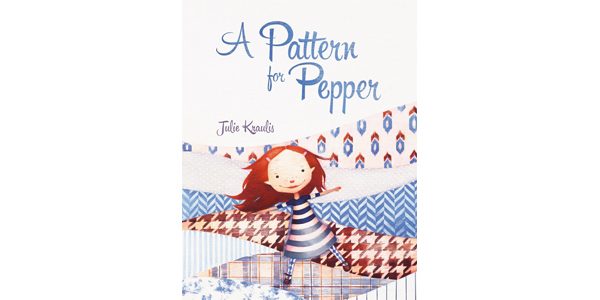 IBBY Canada (International Board on Books for Young People, Canadian section) has named A Pattern for Pepper (Tundra Books), written and illustrated by Julie Kraulis, the winner of the 2018 Elizabeth Mrazik-Cleaver Canadian Picture Book Award.

The jury called the Toronto author-illustrator’s fourth picture book “a delicate and delightful confection.” They found the story of a girl and her mother visiting a tailor shop to choose the right fabric for a dress “original,” “nostalgic,” and “endearing.”

The award, which was established in 1985 and honours one of Canada’s pre-eminent book illustrators, comes with a $1,000 prize.