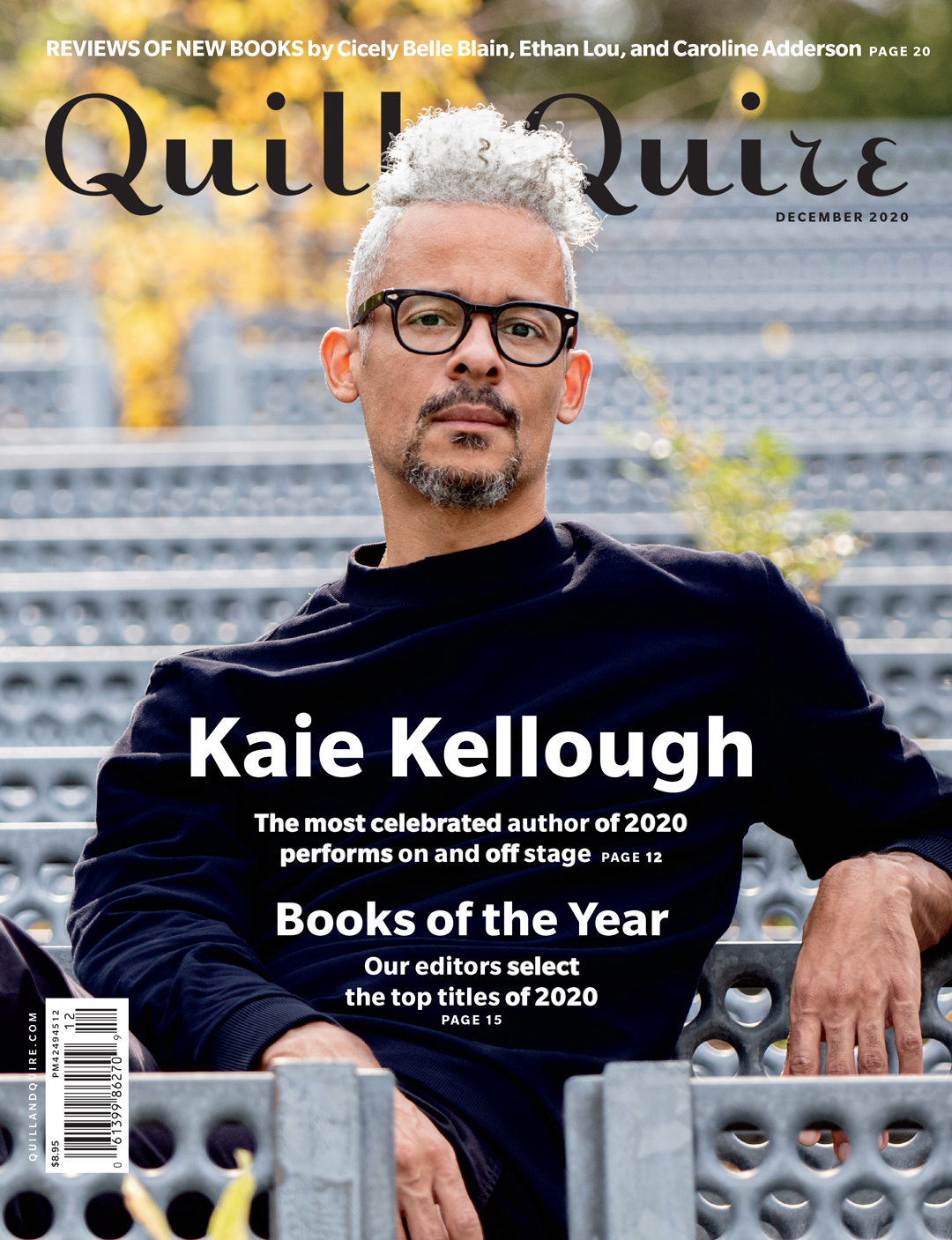 The Quebec Writers’ Federation announced the winners of the 2020 QWF Literary Awards in an online gala on Nov. 4. Each winner receives a $3,000 prize.

Kaie Kellough won the Paragraphe Hugh MacLennan Prize for Fiction for his debut collection of short fiction, Dominoes at the Crossroads (Véhicule Press/Esplanade Books). The book was also longlisted for the Scotiabank Giller Prize. In May, Kellough won the $65,000 Griffin Poetry Prize.

In Kellough’s cover profile for Q&Q’s December issue, available now, he says the book’s multiple narrative perspectives were inspired by the polyphonic tradition of the Caribbean. “I am one of those voices, from the outside, from the margins, and so in my books I want to try to do the same thing, to multiply and open up that vocal presence,” he says.

RM Vaughan, whose death in Fredericton at the age of 55 has been felt across Canada’s literary communities, was among the jurors who chose the winner of the Concordia University First Book Prize.

The full list of winning books is listed below.