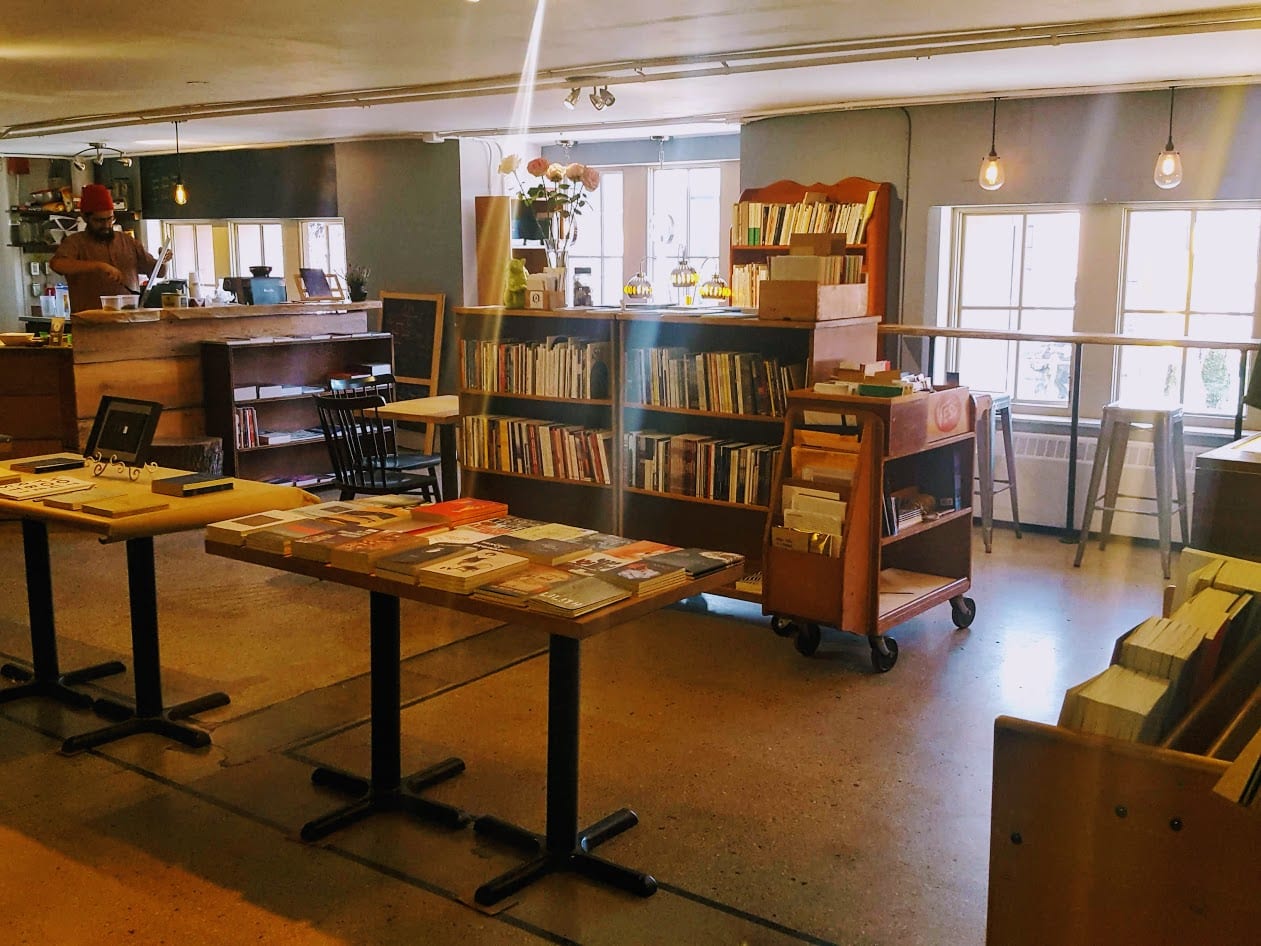 When librarian turned poet and bookseller Kirby (né Jeff Kirby) first rounded the corner at Artscape Youngplace in Toronto and saw the sun-dappled mezzanine that would become the new home of Knife Fork Book, they were* struck by a vision. “Oh, I think we can do something pretty here,” they said.

Mission accomplished: Canada’s only all-poetry bookstore looks quite at home perched on the landing, where it is serviced by an accessible elevator and washrooms. Poet Khashayar Mohammadi runs a café tucked in one corner, which does brisk business with the assorted artists who work at the west-end cultural hub. Like the original pushcart Kirby sold poetry from in 2016, all the furniture echoes an old schoolhouse atmosphere, save for a lavish lamp salvaged from the Romans II bathhouse, which closed in 1989.

A month after a soft launch on Sept. 27, Kirby has found that not only have Knife Fork Book’s customers followed from its Kensington Market space, but new readers have come to browse as well. The grand opening and third-anniversary party on Oct. 19 was the store’s biggest night and day ever. The shop’s 60 Poets in 60 Days series, which extends through Dec. 10, is giving Toronto’s poetry community plenty of opportunities to check out the new space. 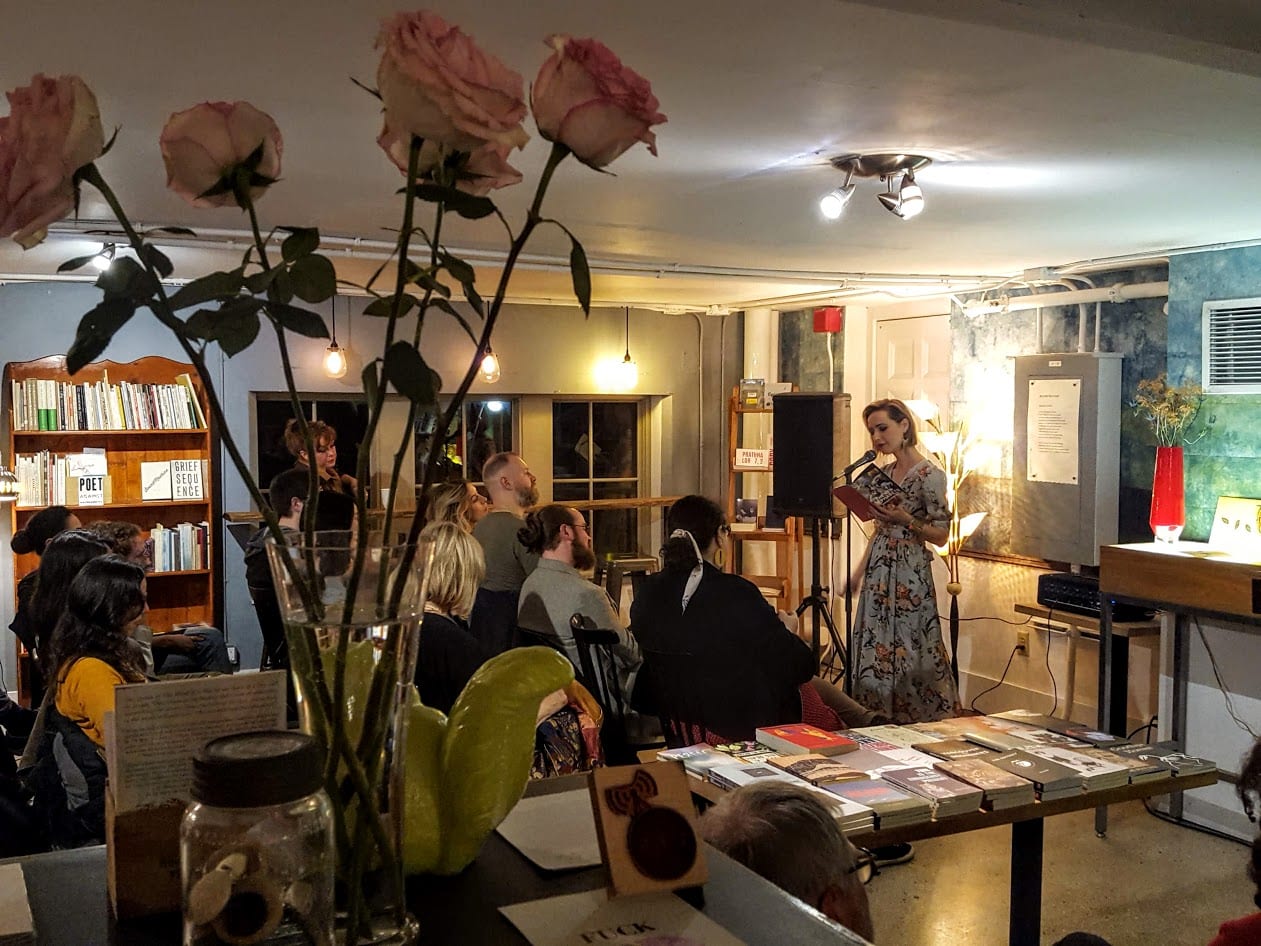 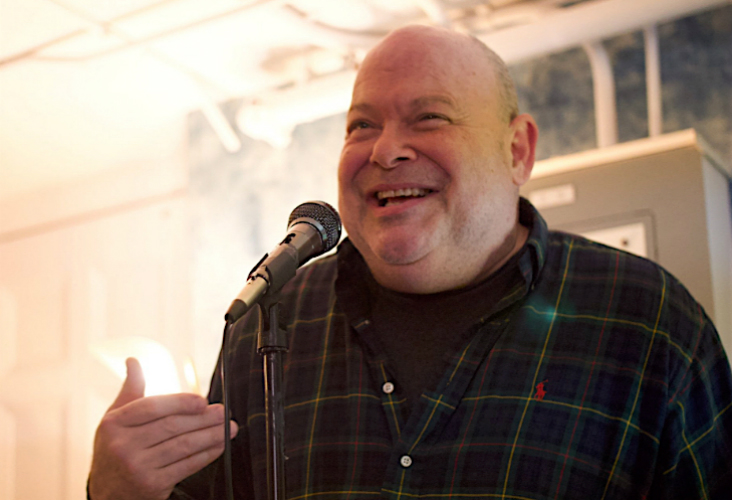 Kirby names Kathryn Mockler’s Some Theories, Jason Purcell’s A Place More Hospitable, and Matthew Walsh’s These are not the potatoes of my youth as bestsellers. Kirby notes that is partially because of their placement, but also because they are thrusting these books and other favourites into people’s hands. “That’s what bookselling is!” Kirby says. “Come on!”

For Kirby, the store is as much a physical space as it is a spiritual home for Canadian poetry. They were recently on a book tour of the east coast for their poetry collection This Is Where I Get Off when it struck Kirby that they had met all the fellow poets on tour at Knife Fork Book.

“We’ve gone from book cart to poetry destination,” Kirby says. “It’s a pilgrimage to have gone to Knife Fork Book. It’s a lovely surprise for me.”

*Correction, Nov. 6: The pronouns in this post have been updated.