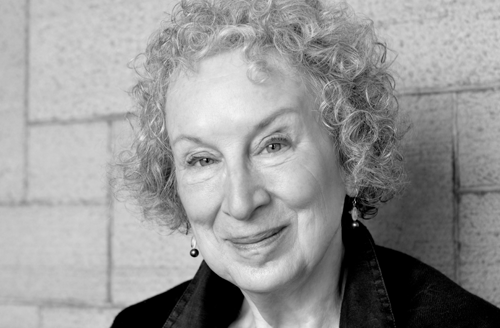 After five hours of deliberation, the Booker Prize jury broke with protocol to award both Margaret Atwood and British author Bernardine Evaristo winners of the 2019 award. Atwood, upon winning for her Handmaid’s Tale sequel The Testaments (McClelland & Stewart) seemed relieved by the outcome. “It would have been quite embarrassing for me, as a good Canadian, if I had been alone here,” Atwood said as she stood onstage with Evaristo.

This is Atwood’s second Booker win. She previously won the English-language fiction prize for her novel The Blind Assassin in 2000.

Just three other authors have won the Booker twice: J.M. Coetzee, Peter Cary, and Hilary Mantel. Atwood is also one of two authors to be shortlisted six times alongside the late Iris Murdoch. In addition to her two winning novels, she was shortlisted for The Handmaid’s Tale, Cat’s Eye, Alias Grace, and Oryx and Crake.

Evaristo’s Girl, Woman, Other, a collection of interconnected stories featuring 12 characters primarily consisting of Black British women, will be published in Canada by Grove/Atlantic on Oct. 18. Evaristo, 60, is the first Black woman to win the Booker. “I hope that honour doesn’t last too long,” she quipped in her acceptance speech.

This is the third time the Booker Prize has been split. Nadine Gordimer’s The Conservationist and Stanley Middleton’s Holiday shared the prize in 1974, as did Michael Ondaatje’s The English Patient and Barry Unsworth’s Sacred Hunger in 1992, prompting organizers to explicitly forbid a jury from dividing or withholding the prize. The 2019 jury, which consisted of Peter Florence, Afua Hirsch, Liz Calder, Xiaolu Guo, and Joanna MacGregor, approached the Booker Prize Foundation three times before their tied verdict was accepted.

Atwood has pledged to donate her half of the £50,000 prize (about $84,000 CAD) to Indspire, a charity which invests in education for Indigenous people. Atwood joked that she was “too old” and had “too many handbags” to spend the money on herself. The Testaments has sold over 250,000 copies worldwide since it was published on Sept. 10.

On Oct. 15, Atwood was announced as a juror alongside Coral Ann Howells and Peter Theroux for the 2020 RBC Taylor Prize, which awards Canadian non-fiction writing. The winner will be announced on March 2, 2020.