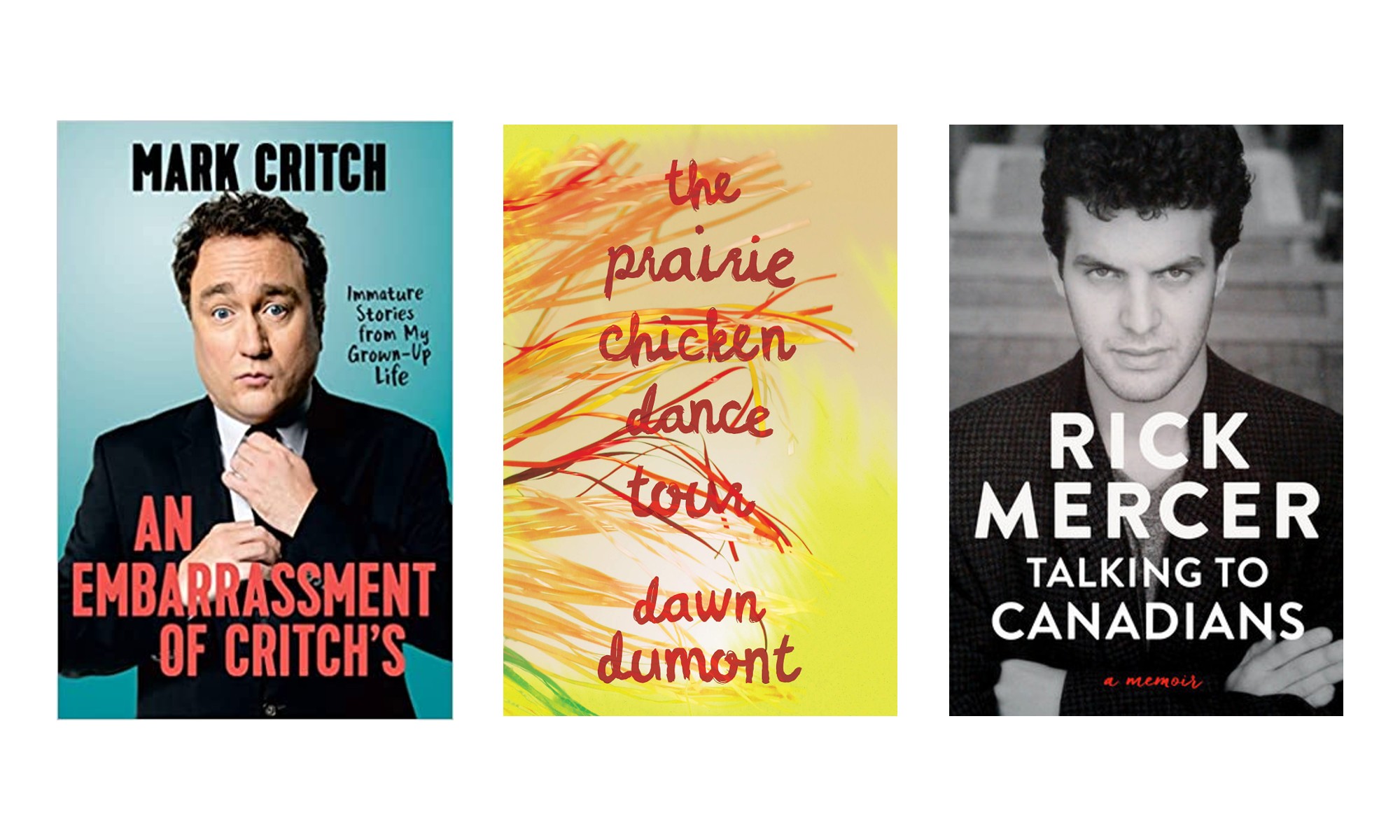 The finalists for the 2022 Stephen Leacock Memorial Medal for Humour have been announced.

Books by Mark Critch, Dawn Dumont, and Rick Mercer have been shortlisted for this year’s $25,000 award. The winner will be announced at a gala dinner on September 17. The runners up will each receive $4,000.

This year marks the 75th anniversary of the award, which honours Canadian humour writing.

The shortlisted books are:

In a statement announcing the shortlist on August 3, the Leacock Associates noted that Dumont, who is also known as Dawn Walker, and her son Vincent have been missing in Saskatchewan since July 22.

“While the Leacock Associates are happy and proud to include Dawn Dumont as one of the finalists for the Leacock Medal in 2022, we are extremely concerned for the current safety of Ms. Dumont,” the statement says.

Local police and RCMP are continuing their investigation into Dumont’s disappearance. The author of four books, Dawn Dumont is a member of the Okanese First Nation and the executive operating officer of the Federation of Sovereign Indigenous Nations, which represents 74 First Nations in Saskatchewan.

Dawn Dumont’s The Prairie Chicken Dance Tour is a novel that follows a group of traditional Indigenous dancers on a tour across Europe in the 1970s.

Mark Critch’s An Embarrassment of Critch’s is a memoir of the comedian’s journey from his home in Newfoundland to the national stage and back again.

Rick Mercer tells his own story in Talking to Canadians, charting his rise from promising schoolboy to TV star.

The finalists were chosen from a 10-book longlist announced in June.

This year’s gala will also include the finalists from the 2021 and 2020 awards, as the celebrations for those awards were delayed due to the pandemic.