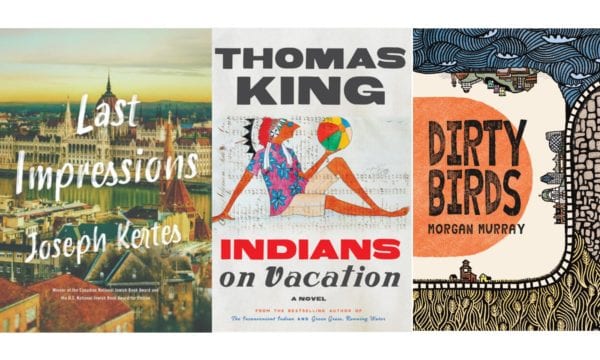 The shortlist has been announced for the Stephen Leacock Memorial Medal for Humour. The $15,000 prize recognizes literary humour in a Canadian book.

Joseph Kertes’s Last Impressions is about Zoltan Beck, a patriarch and Holocaust survivor nearing death who longs to enjoy life as his sons seek to understand his past before it’s too late.

Thomas King’s Indians on Vacation is about Bird and Mimi, an Indigenous couple who attempt to trace a long-lost relative through Europe.

Morgan Murray’s debut novel Dirty Birds is about Milton Ontario who sets off from his parents’ basement in Saskatchewan in search of fame, fortune, and his messiah, Leonard Cohen.