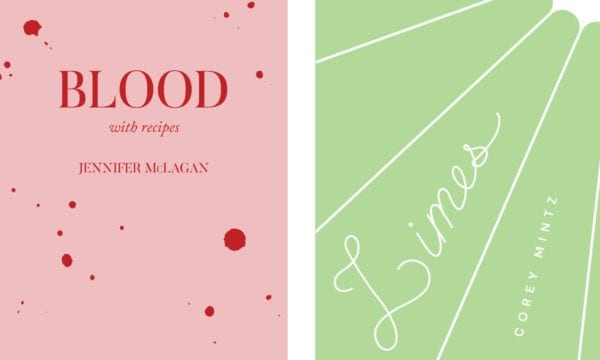 Good Egg Books is the brainchild of bookseller cum publisher Mika Bareket, who ran a food and kitchen store called Good Egg in Toronto’s Kensington Market neighbourhood from 2008 to 2018. When she first opened what she calls “a food-focused store with a high ratio of books,” Bareket soon found she was meeting a number of talented food writers. As the years passed, their opportunities for paid food writing seemed to dwindle. To provide opportunities for food writers and address some of the gaps in food books she found over the years as a bookseller, Bareket launched Good Egg Books last fall.

“It just seemed like a good idea to put these two things together, and the idea of publishing very small inexpensive books was also appealing,” Bareket says.

After years of selling big, expensive cookbooks to customers and staff who would have to justify purchasing another hefty yet beautiful tome, Bareket is excited to offer thin paperback volumes that focus on a single ingredient or idea in cooking and are easily digested.

“The average cookbook price is close to $50. That’s just not affordable for a lot of people. A lot of our customers are young, and are just starting out in the kitchen, and maybe have small apartments and they don’t have a lot of room for big heavy cookbooks,” Bareket says. “And at $20 it’s not a huge financial ask.”

The press’s first title, Blood, by Jennifer McLagan, is a close look at the often overlooked ingredient. Although it was ready last spring, Bareket says it seemed ominous to go ahead with launching a book called Blood when people were at the height of panic about the new pandemic.

After its fall release, Blood unexpectedly sold out of its first press run after being named as one of the best cookbooks of 2020 by both Bon Appetit and The New Yorker. The book is now onto a second run, with most sales in the U.S., some in Europe, and the fewest sales in Canada.

“I was pleasantly surprised by the sales of Blood,” Bareket says. “I printed what I thought was a healthy quantity for the next couple of years, and had to reprint it within the year.”

Bareket thinks it’s a combination of McLagan’s popularity – one of her previous books, Fat (McClelland & Stewart, 2008), was named the James Beard Cookbook of the Year – as well as the book’s presence in specialty bookstores in the U.S., such as Now Serving in Los Angeles and Kitchen Arts & Letters in New York City.

Food writer and author Corey Mintz wrote the press’s second book, Limes, which was released this spring. Upcoming subjects include baking, herbs, the effects of burning food, and affordability in the kitchen. Bareket says she is aiming for books 75 to 100 pages long, and is practicing what she calls “no-pressure publishing” – she tries not to impose deadlines on authors but is encouraging them to write when they can.

Bareket, who will reopen her retail store this year at an undetermined location, says she is looking forward to including an in-house publishing program as part of the business plan. “It gives me an opportunity to talk to our customers and talk to our potential authors about food culture,” Bareket says. “I like the culture that it brings to my life, and I like how it ties into our retail business.”