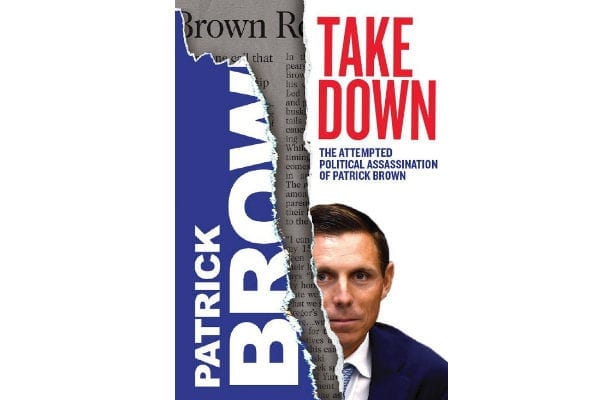 Optimum Publishing International is standing by Brampton, Ontario, mayor and former Ontario PC leader Patrick Brown in a threatened libel suit over his book Takedown: The Attempted Political Assassination of Patrick Brown. Optimum and Brown have both been served a notice of intent to sue for libel over a passage in the book detailing an alleged sexual misconduct complaint against Ontario finance minister Vic Fedeli.

Optimum publisher Dean Baxendale told CP24 that they would not be removing the passage from future editions of the political tell-all, an account of Brown’s sudden ouster from the leadership of the Ontario Conservative party last year amid accusations of sexual impropriety.

“As a publisher we will not be doing that,” Baxendale told CP24. “We’re quite surprised. We’re simply stating facts, we’re telling a story, and I don’t think we’re at a point where we should retract anything.”

In Takedown, Brown writes, “In December 2017, I received a handwritten note from an individual who worked for the party. In that note, she accused Fedeli of inappropriate behaviour. Fedeli was informed that I intended to look into this matter. I also sent a strong message to him that he was not to contact or be around that individual.”

“We are not alleging anything against Mr. Fedeli in the book and simply provided an anecdotal story that was illustrative of the author’s perceived hypocrisy at Queen’s Park,” Baxendale said in a statement.