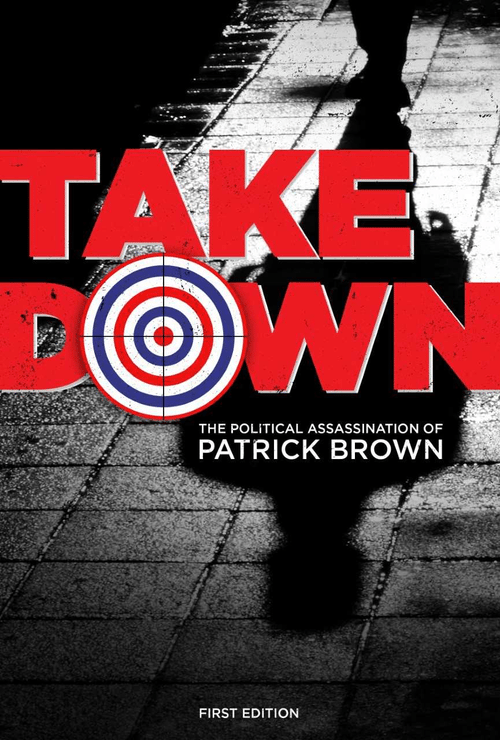 In a release dated May 17, Optimum Publishing International announced that it will publish Take Down: The Political Assassination of Patrick Brown, a tell-all memoir from the former leader of the Ontario Progressive Conservative party.

Brown resigned in late January, following a CTV News report that two women had accused him of sexual misconduct during his tenure as a federal MPP. Brown denies the allegations, and has filed an $8-million defamation suit against CTV.

Dean Baxendale, publisher of OPI, says in a press release that “Brown’s book will address how allies, friends, caucus members and political opponents were instrumental in his downfall in the moment of crises and months leading to [sic].” Brown calls the book “a story of betrayal, blackmail, and backroom politicking involving some of Canada’s biggest political names.”

The hardcover book, which retails for $39.95, will be released in November. A limited-edition run of 500 signed copies, costing $45, is available from the publisher until June 15.

OPI was established in the late 1970s as the book arm of the Montreal Star Publishing group under the leadership of Michael Baxendale, who took the company private in 1982. After Baxendale’s death in 2017, Optimum was relaunched by his son, Dean.

The company got off to a rocky start last month after it released an excerpt from one of its first season’s titles, Doing Politics Differently: My Vision for Canada, by Conservative MP Maxime Bernier. The chapter contained an analysis of why Bernier lost the party leadership to Andrew Scheer, causing upset within the Conservative ranks. Bernier decided to halt work on the unfinished manuscript, tweeting, “After consideration, for the sake of maintaining harmony within our party, I have decided to postpone its publication indefinitely.”