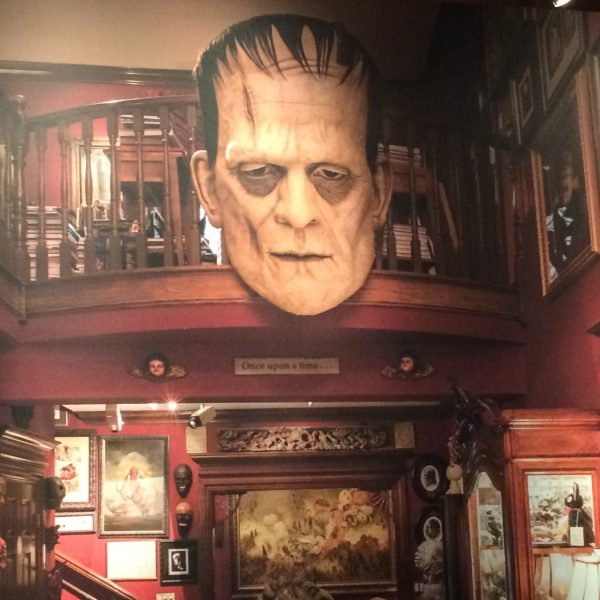 Walking through Guillermo del Toro: At Home with Monsters, opening Sept. 30 at the Art Gallery of Ontario, one may be struck by the number of book illustrations and actual physical volumes that appear throughout the show alongside the horror master’s vast collection of art and film memorabilia.

The curiosity-cabinet exhibition, which is co-produced by the Los Angeles County Museum of Art and the Minneapolis Institute of Art, takes more of a literary and local approach to del Toro’s oeuvre than previous iterations in the other partner cities. In addition to more than 450 objects selected from del Toro’s Los Angeles suburban home, Bleak House (named after Charles Dickens’s novel), the show also features works from the AGO’s collection as well as from Toronto artists and collectors; more than 1,600 comics from the Beguiling comic shop; and more than 2,000 books from the AGO’s historic Grange House library. Given that del Toro – who now divides his time between Bleak House and a home in east-end Toronto – is a lifelong fan of monster stories, in particular, Mary Shelley’s Frankenstein, it makes sense that the centrepiece of the show is a seven-foot-tall head of Boris Karloff as Frankenstein’s monster, sculpted by artist Mike Hill.

Quill & Quire spoke to co-curator Jim Shedden about the literary side of the exhibition.

When did you realize that the AGO’s iteration of the exhibition was going to have such a literary bent?
The minute we went into his house, that’s what I saw. Guillermo described having 13 libraries across his two houses, which we did try to replicate. There’s nothing exactly like being in the house, but we replicated the spirit so when you walk in the exhibition, you can’t avoid that side of it.

Although I’m working in the visual art world, I’m not trained in it, so I’m always between literature and publishing, film and art. But even in the first few venues where they focused exclusively on visual art, you still had these figures of Edgar Allen Poe and H.P. Lovecraft. And, of course, the hero is the Frankenstein monster. That’s why I wanted to end with Frankenstein – it was a game-changer. Our notion of the monster and the Other, and all the complexities around that comes from Frankenstein. 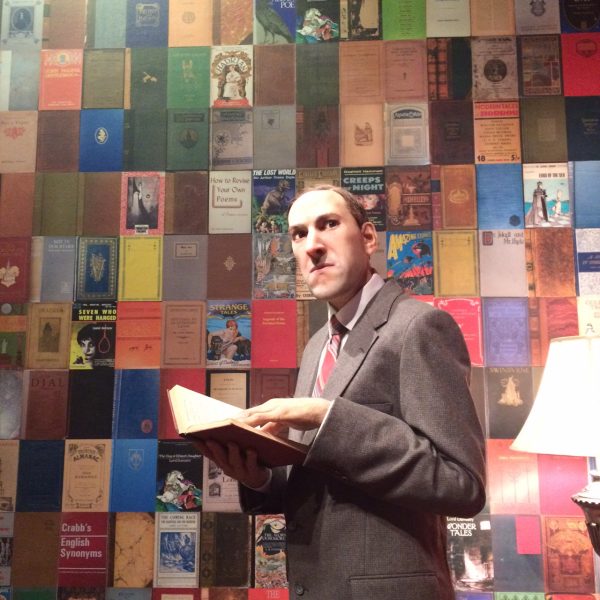 I Am Providence (H.P. Lovecraft), by Thomas Kuebler

How did you source the hundreds of Mary Shelley’s Frankenstein and H.P. Lovecraft covers that appear on the gallery walls?
I worked with an intern and and we really went online to crazy places. If you just use Google Search you won’t find everything, we went to all the Amazon sites in different languages. There’s stuff from Flickr, Pinterest. We tried to find the highest resolution images. All of them aren’t, which gives the wall this grotty, punk feel. The covers are all real, but our designer made them all the same size. I like that it has one foot in the real and one foot in the fabricated.

The Frankenstein ones were relatively easy to find, but some of the Lovecraft titles are so obscure, we couldn’t find ones with actual type or images on the covers. So we just ran with that – even if it doesn’t say the title of the book, we put it on the wall. That’s my own weird contribution. It also gets across del Toro’s obsessive side. 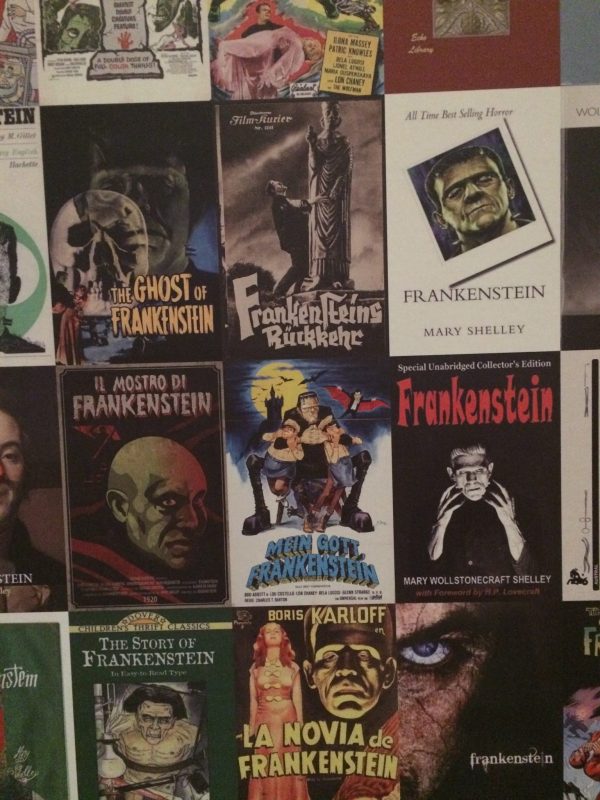 How would you describe del Toro’s need to collect?
He’s not a hoarder, but he is obsessive in that the things he knows, he really knows. He really knows the history of Frankenstein, and its cultural impact. He knows his vampire history, like who published cookbooks for vampires in the 1920s. I just brought what I could to that. I don’t think he would care necessarily about H.P. Lovecraft’s library of 1,005 books, but he was pretty intrigued with what we were doing.

I think he likes to have certain things at hand that mean a lot to him, I think it’s that simple. With the exhibition, he’s been living apart from the collection, but also because he now lives here, and the collection lives in L.A., he hasn’t been around much of it anyway. I don’t think he’s a completist or a fetishist. Although he wanted to bridge high and low [culture] there were things he didn’t want to show, like action figures, that are in his house – he didn’t want to look like you’re in a Walmart. 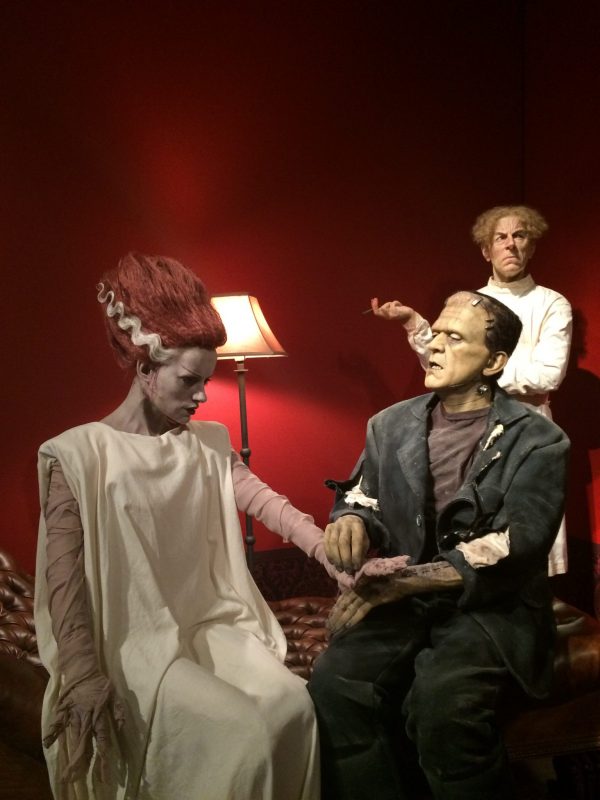 How would you describe Dickens’s influence on del Toro’s work?
I know he very much treasures Great Expectations and David Copperfield and obviously Bleak House. That’s interesting because Bleak House is not a Dickens novel that many people have read – maybe it fell off the radar because of the popularity of books like A Tale of Two Cities – but it’s really key to him. Del Toro’s definitely one of those people who likes to make lists of all-time favourites; he has said his favourite film is Great Expectations. When we were getting ready for the exhibition, I would show the core team a del Toro film and then alternate it with a film that influenced del Toro. We watched Great Expectations and I could see how it informed the aesthetics of Crimson Peaks. One of the things he really likes about Dickens, besides the language, is the depiction of the rough street life of kids and the brutality – not that he liked that – but he sees value in the people who captured it.