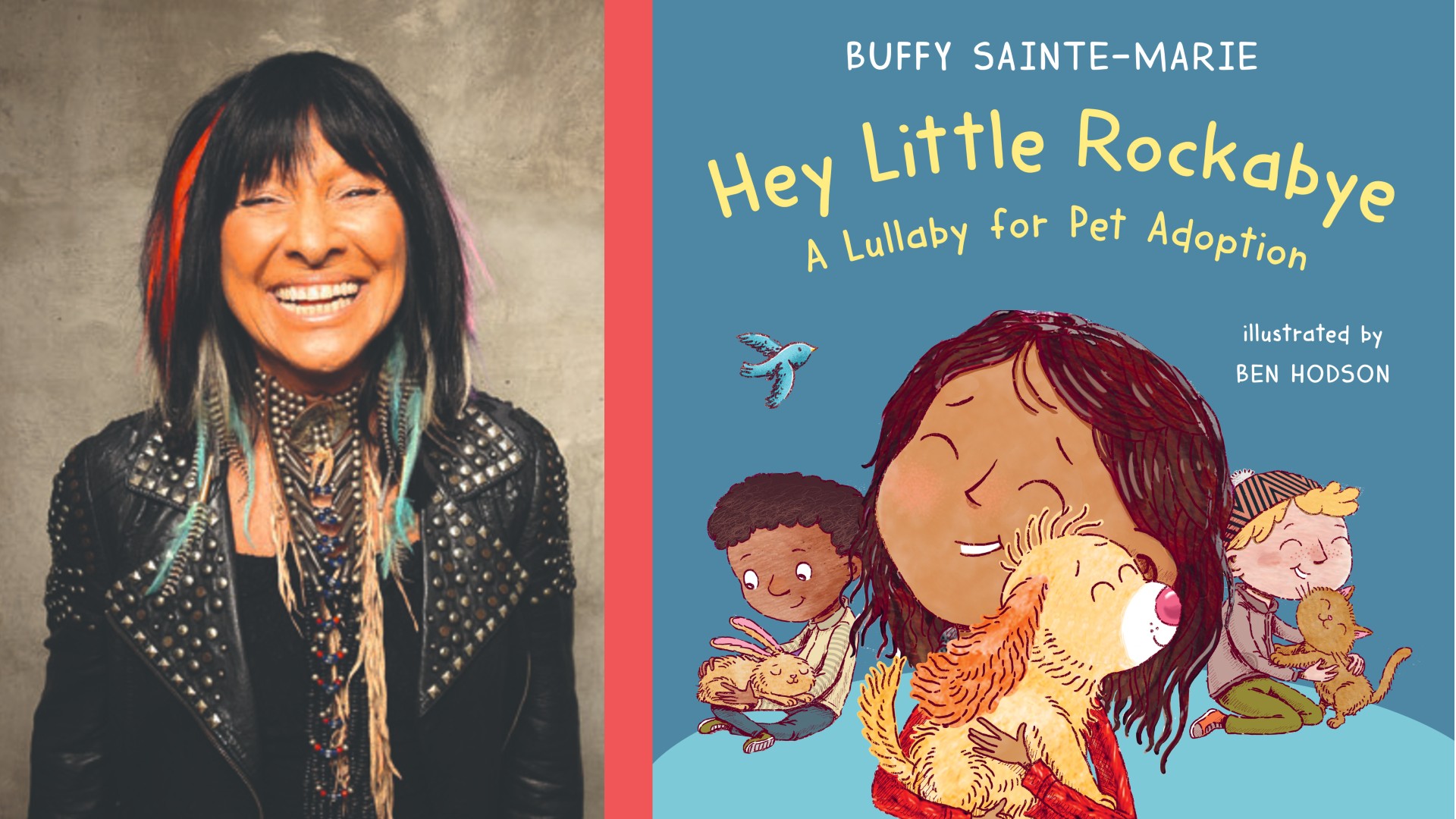 When Buffy Sainte-Marie welcomed Siamese kittens Penuche (named for the fudge) and Anderson Cooper (named for the, well, you know) last year, the legendary singer gave them her traditional furbaby welcome: serenading them with her unreleased song “Hey Little Rockabye.” “When they dropped you off at the shelter / All you had was your fur coat / But now you got somebody loves you,” she sings on the upbeat folk song.

After decades of privately singing the tune to the cats, dogs, horses, rabbits, and “about 40 goats” who’ve joined her family, the 79-year-old has shared the tribute to adopted animals with her fans, both as a single and as a new picture book from Greystone Kids called Hey Little Rockabye: A Lullaby for Pet Adoption. Over two interviews, first by email and then by phone from her home in Hawaii, the icon spoke about channeling her passion for pet adoption into her first picture book. The quotes below are taken from both interviews. 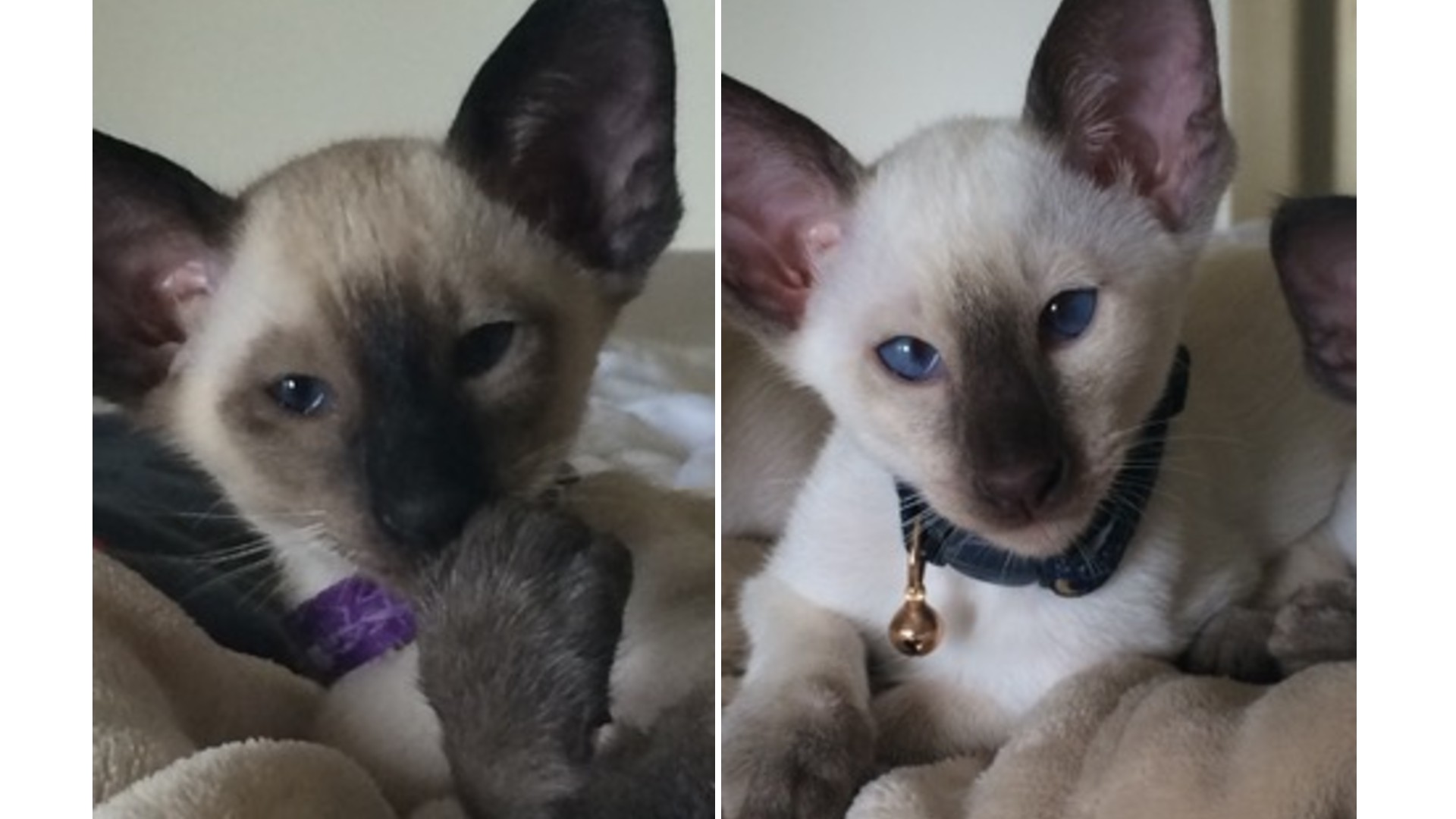 You dedicate the book to your cat Fifi, who you call “my best friend for 19 years.” Does it surprise you that an animal would play such a huge role in your life?
This doesn’t surprise me at all. I had a hard time as a child, and my solace was playing with animals and playing in the arts. Both have been cornerstones of my emotional life, both the hard work part and the good fun part.

How did the song go from something private between you and your pets to something that you wanted to share?
Before I was a singer, I was a teacher, and I’ve written lots of songs that are like little lessons, and did several of them on Sesame Street during the five years I was a semi-regular on the show. I always sing “Hey Little Rockabye” to my pets even long after they’re babies, but most of my fans had never heard it. I wanted to put the song to work and find ways for shelters and rescue people to use it to get more pets adopted into safe forever homes.

My dream would be to partner with shelters and have the song work for them. Sarah McLachlan’s beautiful song [“Angel”], that was used by the Society for the Prevention of Cruelty to Animals, is very sad. And “Rockabye” is the other side of it, and it’s spotlighting the joy of wanting, dreaming, needing, finding, and finally taking home your own little Rockabye.

I’d been working with Greystone Books on other projects – Andrea Warner’s recent biography about me, and my own upcoming full-length children’s book, Tapwe and the Magic Hat. The illustrator Ben Hodson approached me after a concert and said he’d love to illustrate one of my songs [2015’s] “Farm in the Middle of Nowhere,” and he did such a great job, we asked him to do “Hey Little Rockabye” too. [A publication date for “Farm in the Middle of Nowhere” has not been announced.]

What was it about Ben Hodson’s illustrations that were special?
I browsed some children’s book departments and was disappointed to see so many illustrations looking very much the same – kinda copies of Manga or Pixar plastic-face people with dots for eyes and pointy noses. Ben’s style is quite original to himself, and I like it. Most of all I like his sense of humour and action. The pets are adorable, whether they’re guinea pigs, dogs, rabbits, or kitties; and the people look like a fair sampling of human beings currently inhabiting planet Earth.

What would you like children to get out of this story?
There’s a surface meaning and a deeper meaning: on the surface, I want kids to know that pets are available and in need of homes. But in a deeper way, I feel that many children feel lonely and in need of love themselves. The lines “Are you a poor little orphan? / Did somebody throw you away? / Well, now you got somebody loves you” can be about human feelings as well as those of animals. We all need a best friend.