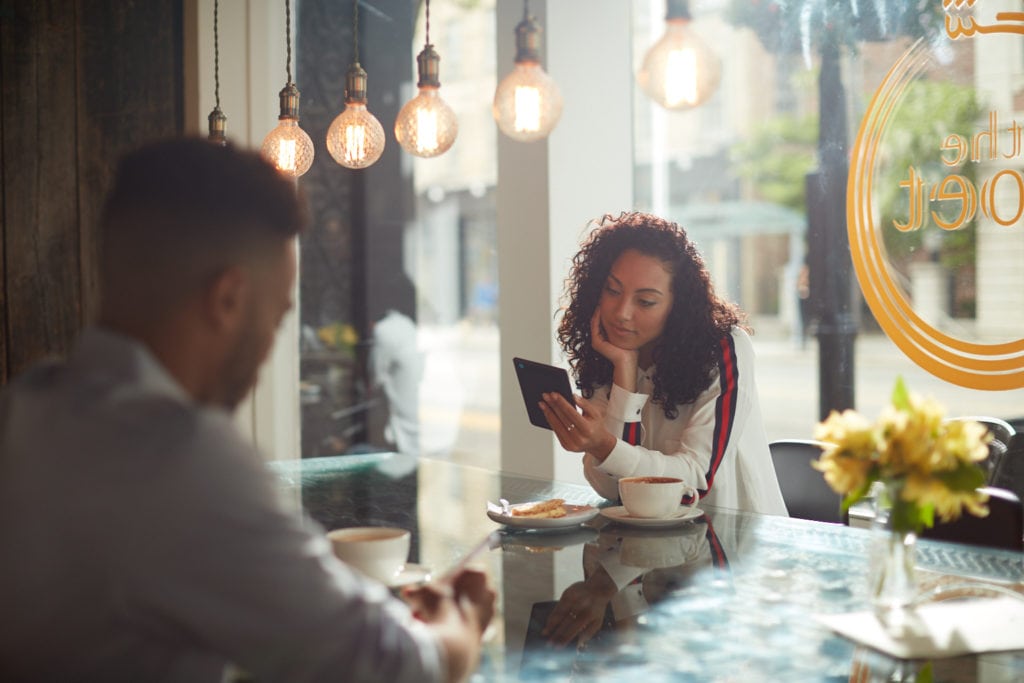 On Aug. 22, the Toronto-based, Japanese-owned e-retailer Rakuten Kobo announced a significant move into the U.S. market: Walmart eBooks, a partnership with the discount department-store chain to sell ebooks and audiobooks. The deal will see Rakuten Kobo’s library of 6 million ebooks sold through Walmart’s website as well as a rotating selection of 40 titles sold on digital cards in-store.

Additionally, thousands of titles from Kobo’s catalogue will supply Walmart’s audiobook service. Priced at $9.99 USD for its most basic monthly subscription, the service is seemingly a direct challenge to Audible’s similar basic plan, priced at $14.99 USD per month.

Kobo CEO Michael Tamblyn spoke about what the partnership means for the Canadian company.

How long were Walmart and Rakuten Kobo in discussions about this partnership for?
It all came together very quickly. I think that is a great sign of Walmart’s enthusiasm for the ebook space and wanting to be competitive very quickly in that part of the market.

Why is it important to have a physical outlet for an e-commerce business?
If you look at the history of Kobo, physical retail has always been very important to us. We have always found that the best place to introduce someone to digital reading is in an environment where they are shopping for books, whether that was with our early partnerships with Indigo or the ones that we then followed with all over the world.

What kinds of titles will be available on the digital cards in store?
It’s a constantly changing lineup of individual titles and categories and we are essentially in a continual dialogue with publishers as we look for different titles to put into physical retail. Some of this comes from the experience that Walmart has had in the past with showcasing other kinds of digital content, like video games and downloadable film.

How much of this operation is based in Canada?
Almost all of it is based in Canada. The bulk of the merchandising, the marketing, and the direct communication with customers related to ebooks is all happening from Canada.

Is the team expanding to accommodate that?
This follows the kind of work that we do with retailers already. It fits well into our existing operating model. This isn’t a giant stretch for us by any means.

Is there any expectation that this service will come to Canadian Walmarts?
We have our existing partnership with Indigo which we are very happy is serving the Canadian market. Our focus with Walmart has been entirely on the U.S.

How is the ebook market changing?
We are paying close attention to the shift in the balance of traditionally published versus self-published books. There is extreme growth in the self-published category.

In a market like Canada, one in five or one in four books that we’re selling is coming from an independent or self-published author. That is a massive shift in the market. It’s like having another Penguin Random House sitting in the market made up entirely of independent authors.

Is there a genre where self-published authors are really thriving?
In the first few years, the big wave of ebooks were romance focused. Now independent publishing is moving through more of genre fiction.

What is it that these self-published authors are delivering that isn’t being captured by the publishing houses?
One certainly is price. Independent authors have been very good at figuring out attractive price points.

They are very aggressive at promotional strategies. They are very good at introductory offers to get readers started in a series. But also the quality of independent publishing has really taken great leaps forward. A well-established independent author is likely hiring their own editorial services. They are commissioning covers from professional designers.

When we put those books in the merchandising list on Kobo, they are for all intents and purposes indistinguishable from books coming from traditional publishers. If the book is getting great reviews, that certainly helps it bubble up to the surface as well.