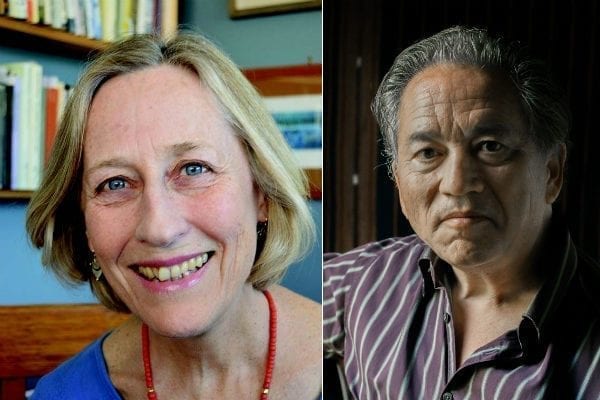 Elizabeth Hay and Darrel J. McLeod’s award-winning memoirs are among the five works shortlisted for the RBC Taylor Prize, announced in Toronto on Jan. 9. The $25,000 prize is awarded to the best in Canadian literary non-fiction.

Hay’s All Things Consoled: A Daughter’s Memoir (McClelland & Stewart), about caring for her parents in their final years, won the Hilary Weston Writers’ Trust Prize for Nonfiction in November. McLeod’s Mamaskatch: A Cree Coming of Age (Douglas & McIntyre), a triumphant story of surviving childhood trauma despite personal and societal obstacles, won the Governor General’s Literary Award for non-fiction.

Those high-profile titles will compete against Bill Gaston’s Just Let Me Look at You: On Fatherhood (Hamish Hamilton), Ian Hampton’s Jan in 35 Pieces: A Memoir in Music (Porcupine’s Quill), and Kate Harris’s Lands of Lost Borders: Out of Bounds on the Silk Road (Knopf Canada).

Each finalist will receive $5,000 and a leather-bound edition of their shortlisted book. In addition, the $25,000 winner will choose an emerging author to receive the sixth annual RBC Taylor Prize Emerging Writers Award, worth $10,000.

The RBC Taylor Prize will be presented at a gala luncheon on March 4 at the Omni King Edward Hotel in Toronto.