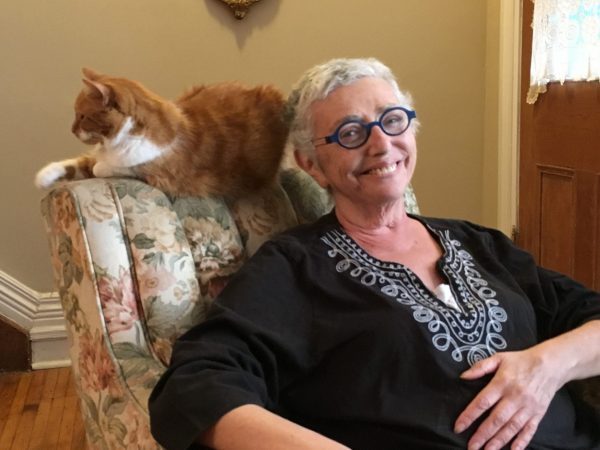 When Sheila Koffman opened Toronto’s Another Story Bookshop 30 years ago, publishing and selling books about social justice by and about culturally diverse and disenfranchised figures – in particular for young readers – was considered a fringe business. But that didn’t stop Koffman, who died of cancer on Sept. 15 at the age of 72, from pursuing her dream. She would return pop bottles to make enough money to fill her car with gasoline so she could take the store on the road, setting up book tables at union meetings and labour conferences, where she knew she’d find her audiences.

“We were both totally committed,” says Margie Wolfe, publisher of the like-minded Second Story Press and a decades-long friend who considered Koffman not just a professional colleague, but also a political sister. “Sheila had her place in the community, and she had her place as a bookseller. You knew when you were going into that store what you would find.”

Twenty-five years ago, when Bruce Walsh, publisher of University of Regina Press, first met Koffman, he was working as a sales representative for Oxford University Press. Another Story was then located in a crowded basement space in Toronto’s east end – it has since moved to the now-trendy Roncesvalles neighbourhood on the city’s west side. There was no space to sit, so Walsh pulled up a children’s stool, while Koffman took a seat on the washroom toilet. From that unconventional first meeting, a long friendship developed, flowing not just from a shared passion for books, but a healthy debate over government policies, a topic Koffman, a former civil servant and a lifelong political activist, knew well.

“She was a pioneer,” says Walsh. “She spent a lot of time looking for material, and there wasn’t a lot at that time. Books for kids and the LGBT community – she would really do the deep work and find those books. Books for Indigenous children, books for kids of colour. In the early days, there wasn’t a hell of lot of interest, but she said she didn’t care, she was going to do it anyway.”

Koffman’s social advocacy was matched by her entrepreneurial acumen, as she continually investigated ways to keep her beloved store afloat during some tumultuous times in the bookselling business. “She was a big believer in the independent bookstore, but as a realist, she was confronted by the problems when the big-box stores and online retailers like Amazon started coming in, but she figured out what she needed to do. And did it beautifully,” says Wolfe.

Nancy Frater, co-founder of the Orangeville, Ontario, shop BookLore, and former president of the Canadian Booksellers Association (now a division of the Retail Council of Canada), recalls Koffman contacting the CBA about a new Ontario government funding program dedicated to putting Canadian books in classrooms. Koffman believed that indie bookstores should be considered as potential vendors along with major retailers, and so a lobby group was set up, which successfully opened the door for smaller shops to compete for the lucrative contracts. For those efforts and more, Koffman received the Ontario Book Publishers Association’s Janice E. Handford Award, which recognizes individuals who have advanced the cause of small and literary Canadian publishing

“If it had not been for Sheila, many Ontario booksellers would not have that opportunity to access that money,” says Frater. “She started the ball rolling that gave us that opportunity. To me, she was an advocate in so many different ways.”

Authors also found an advocate in Koffman and Another Story, which many people describe as a gathering place. Halifax writer Carol Bruneau first met Koffman in 1995, when Bruneau released her first title, After the Angel Mill (Cormorant Books). Fresh to the world of publishing and promotion, Bruneau remembers Koffman as the first bookseller she got to know, and the first “who took the time to get to know me.” Bruneau subsequently launched six of her books at Another Story. “Sheila was always there for me. Losing her support is sad beyond words,” she says. “I’d have loved to release my latest book into the warmth of Sheila’s fold; like so many other writers, now I won’t get to.”

While details of Another Story’s future ownership have not yet been released, it was Koffman’s wish that the store remain open, and continue to be guided by her passions: “equity, diversity, and social justice.” Walsh believes that not just Another Story – which is celebrating its 30th anniversary with a daylong event on Oct. 21 – but Koffman’s “incredible capacity for love” will remain as her legacy. “Sheila loved the world, and that’s why she brought those books forward. Those books that she was bringing forward 30 years ago, there are so many people whose lives have been changed because she made them available,” he says. “She understood that what she was doing was changing people’s lives.”

Donations in Koffman’s memory are being directed to the Parkdale Activity-Recreation Centre, servicing the neighbourhood’s disenfranchised population, where she served as co-chair on the board of directors.