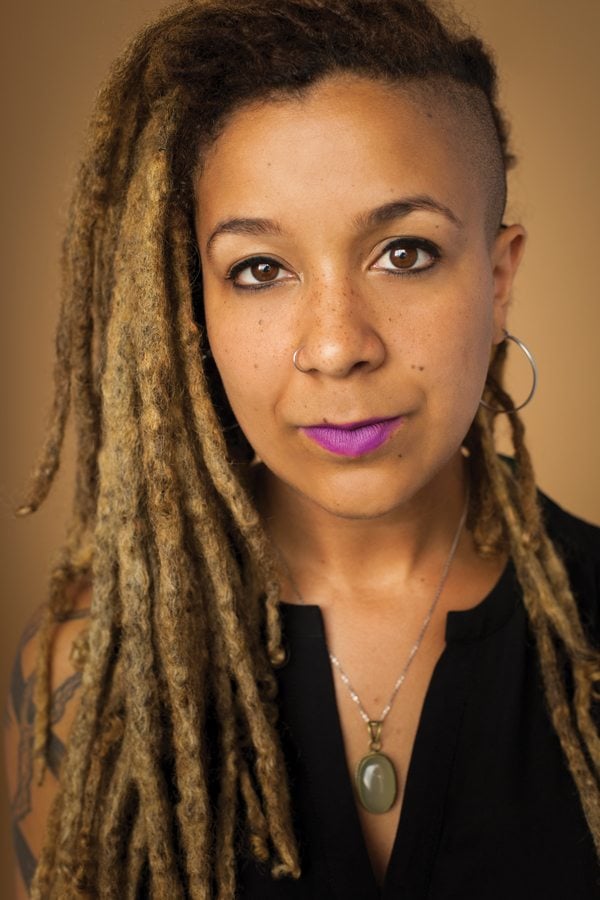 Writing my book, Policing Black Lives: State Violence in Canada from Slavery to the Present, felt to me like an urgent matter. That feeling only intensified due to events that unfolded during the time I worked on the volume.

I’ve always been committed to using my research (gleaned over a decade of activism) and writing skills to help create community-based responses to issues like racial profiling, police killings, unjust immigration and detention policies, and other forms of state violence experienced by Black and other racialized communities. But like many other Black people around the world, I have been in a state of nearly constant mourning amid the recent spate of highly visible and horrific U.S. police killings – of Trayvon Martin, Sandra Bland, and Eric Garner, among others – and the deaths, in recent years, of hundreds of African refugees in the Mediterranean Sea.

Because of what I have witnessed in the lives of loved ones and throughout years of community sector and activist work – including group-home visits with youth in state care, street-based outreach, and prison workshops with poor, often Black (and Indigenous) inmates – it has always been incredibly clear to me that anti-Blackness is as much of an ongoing crisis in Canada as it is in the international context.

In the spring of 2016, Black Lives Matter Toronto spent two weeks in a “tent city” outside police headquarters, demanding – among other things – justice for Andrew Loku, the Sudanese father of five with a history of mental health issues, who was killed by police in the hallway of his apartment building. Around the same time, in Montréal-Nord, a police officer killed Bony Jean-Pierre, an unarmed Haitian man shot in the head in close proximity with rubber bullets during a minor drug raid. I joined many other Black Montrealers, many of whom were also parents, in organizing vigils and street protests, interrupting borough meetings, and calling press conferences to draw attention to the crisis facing Black communities in Montreal and around the country.

Shortly afterward, I learned about Abdirahman Abdi, who had, according to witnesses, been brutally beaten to death by police in Ottawa, again while in the throes of a mental-health-related trauma. While it was not widely reported, a day of action in solidarity with Abdi’s family and neighbourhood was held by Black communities across five Canadian cities, including Vancouver, Kingston, and Toronto. Witnessing these events unfold one after another in quick succession only strengthened my resolve to help illuminate, in a broader historical context, the conditions being imposed on Black folks living in slavery’s afterlife in Canada.

Following the writings of Black Canadian feminists like Dionne Brand and Makeda Silvera, it was important for me that my book did not recreate the general tendency toward erasing the experiences of Black women and gender nonconforming people. For this reason, Policing Black Lives draws intentionally from the wisdom of Angela Y. Davis and Andrea J. Ritchie – activist-scholars who have long insisted that those engaged in studying and fighting back against the policing of Black people’s lives cannot ignore the realities faced by Black women.

But the feminist commitment of my work is grounded as much in reality as in theory. While I was writing, I also had the great privilege of meeting Majiza Philip, a strong young Black woman who is suing the Montreal police after allegedly being brutalized by an officer. I also was lucky to be introduced to another young Black woman named Arlene Gallone, who was held in solitary confinement for six months in Quebec’s Joliette prison. Gallone is now undertaking a class-action lawsuit against Correctional Services Canada.

The strength and resolve of these two women, who have publicly taken a stand against forms of state abuse that disproportionately impact Black folks, re-grounded me in the lived knowledge that Black women, while often ignored in discussions surrounding racism, are frequently the victims of violence that is at once racist and gendered. Further, Black women have long been on the forefront of fighting systemic injustice against themselves and others.

Lest I forget, even for a moment, the systemic devaluation and demonization of Black life in this country, the day after I sent in my final edits to the manuscript of my book, Montreal police Tasered, then shot and killed yet another Black person, a Haitian man named Pierre Coriolan, after neighbours reported him in apparent mental distress. His death, like so many others before him, is an outgrowth of centuries-old practices of equating Black people with danger and criminality.

My book is being called “timely,” but I hope, if anything, it helps readers understand that the current crisis facing Black communities in Canada is not new, but the result of four centuries of state-sanctioned dehumanization that dates back to the era of legalized slavery in North America. Similarly, I hope it helps to show how the current upswing in Black activism is, in many ways, a byproduct of hundreds of years of Black resistance.

In that sense, Policing Black Lives has been a collective effort: a (modest) contribution to generations of political, intellectual, and activist work that has insisted, despite fierce opposition, ridicule, and harassment, that Black lives do indeed matter.

Robyn Maynard is a Black feminist writer, community organizer, and journalist based in Montreal. Policing Black Lives is published by Fernwood Publishing.