Super-fan Rupi Kaur has written a foreword for a new hardcover edition of Kahlil Gibran’s best known work, The Prophet.

The Prophet, which is comprised of 26 prose poems, has never fallen out of print since it was first published in 1923. During the 1960s, its popularity as a hippie handbook rose when it became a symbol of the rising counter-culture. To date, The Prophet has sold more than 10 million copies in the U.S. alone. (According to Forbes’s 2018 “30 Under 30” list, Kaur’s first book, Milk and Honey, has sold 2.5 million copies in 25 languages.) 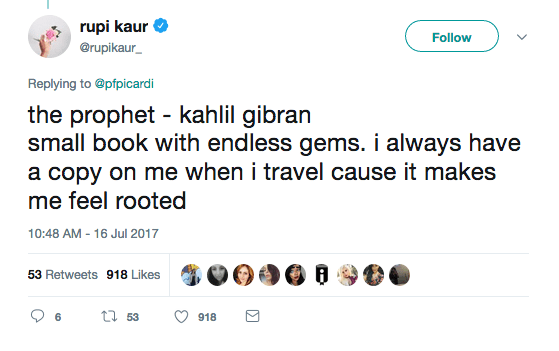