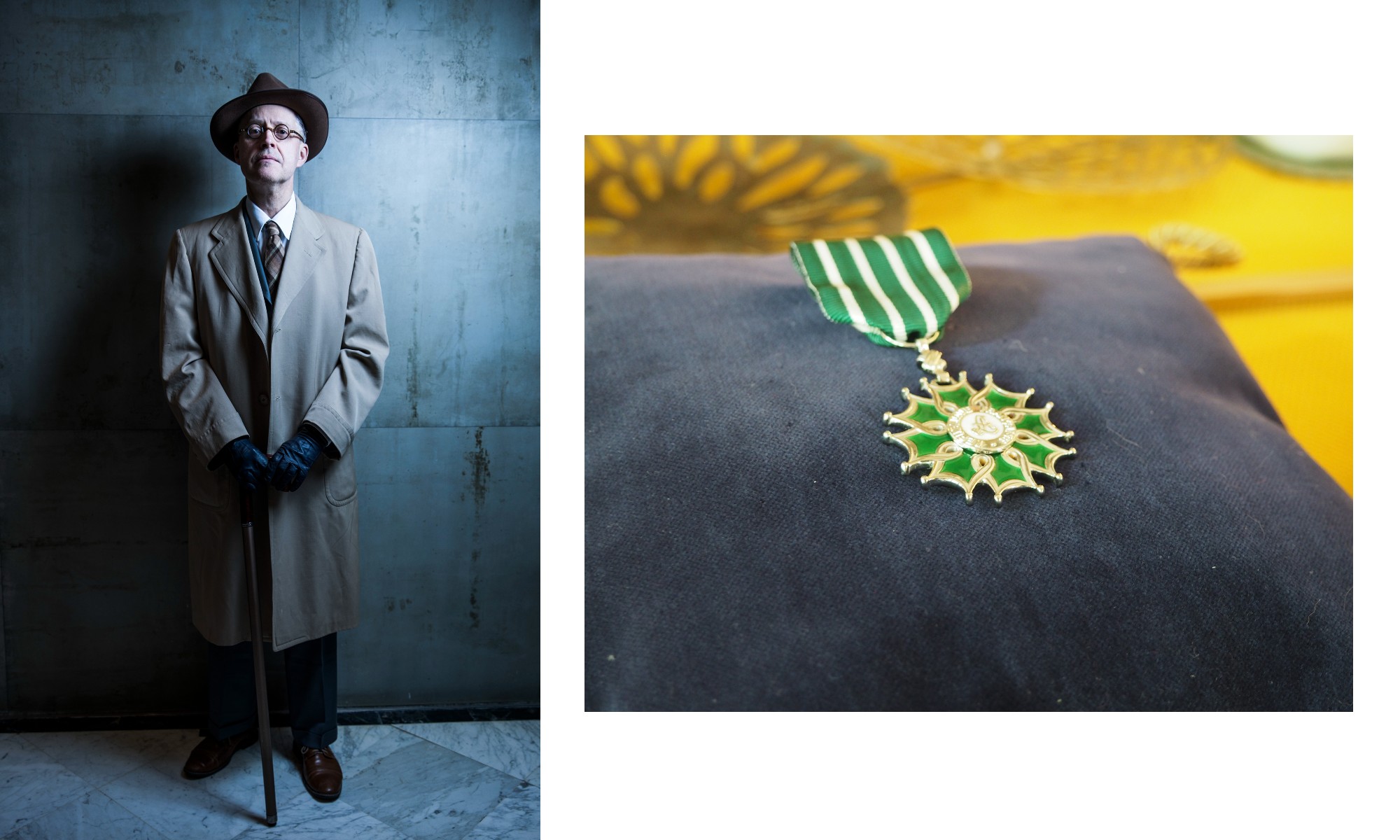 Last month, Canadian cartoonist Seth was inducted as a chevalier in the French Republic’s Ordre des arts et des lettres. When France’s Consul General in Toronto, Tudor Alexis, presented the knighthood at a June ceremony in Toronto, he reiterated the words of Peter Birkemoe (owner of Toronto comics institution The Beguiling) calling the Guelph, Ontario-based writer and artist “Canada’s most recognizable face of literary comics culture.”

This new honour, administered by the Legion of Honour in Paris, follows on Seth’s 2020 win of the Special Jury Prize of France’s most prestigious comics event, the Festival international de la bande dessinée in Angoulême, as well as his groundbreaking nomination that same year for Canada’s own Scotiabank Giller Prize – the first time a graphic novel had been nominated in the prize’s almost 30-year history.

As his work attracts more and more recognition on both sides of the Atlantic, readers might be surprised to learn that Seth’s latest release from his long-time publisher, Montreal’s Drawn & Quarterly, is not a graphic novel at all, but instead a vinyl record entitled Omnis Temporalis. The record is adapted from his earlier comic George Sprott, which recounts the life of the host of a long-running television program from the perspective of various people, including George Sprott himself during the final day of his life. The comic was created for the New York Times Magazine and subsequently collected in an oversized volume by D&Q in 2009. Omnis Temporalis is billed as a “chamber novella” – essentially a contemporary chamber opera – with music for alto flute, cello, double bass, and voices by B.C.-based composer Mark Haney.

Drawn & Quarterly senior editor Tracy Hurren says that Omnis Temporalis “felt like an essential piece of Seth’s artistic output, so it just made sense that we’d support him in this venture … each one of Seth’s projects is always a unique puzzle. That’s half the fun of working with Seth.”

Omnis Temporalis as an object is a clear example of Seth’s signature aesthetic: crisp lettering, a clear appreciation of mid-twentieth-century design. The fold-out LP sleeve reveals an impressive full-body portrait of his protagonist. These are the kinds of style sensibilities that keep him in-demand as a book designer for clients such as Biblioasis, Fantagraphics, and New York Review Books. 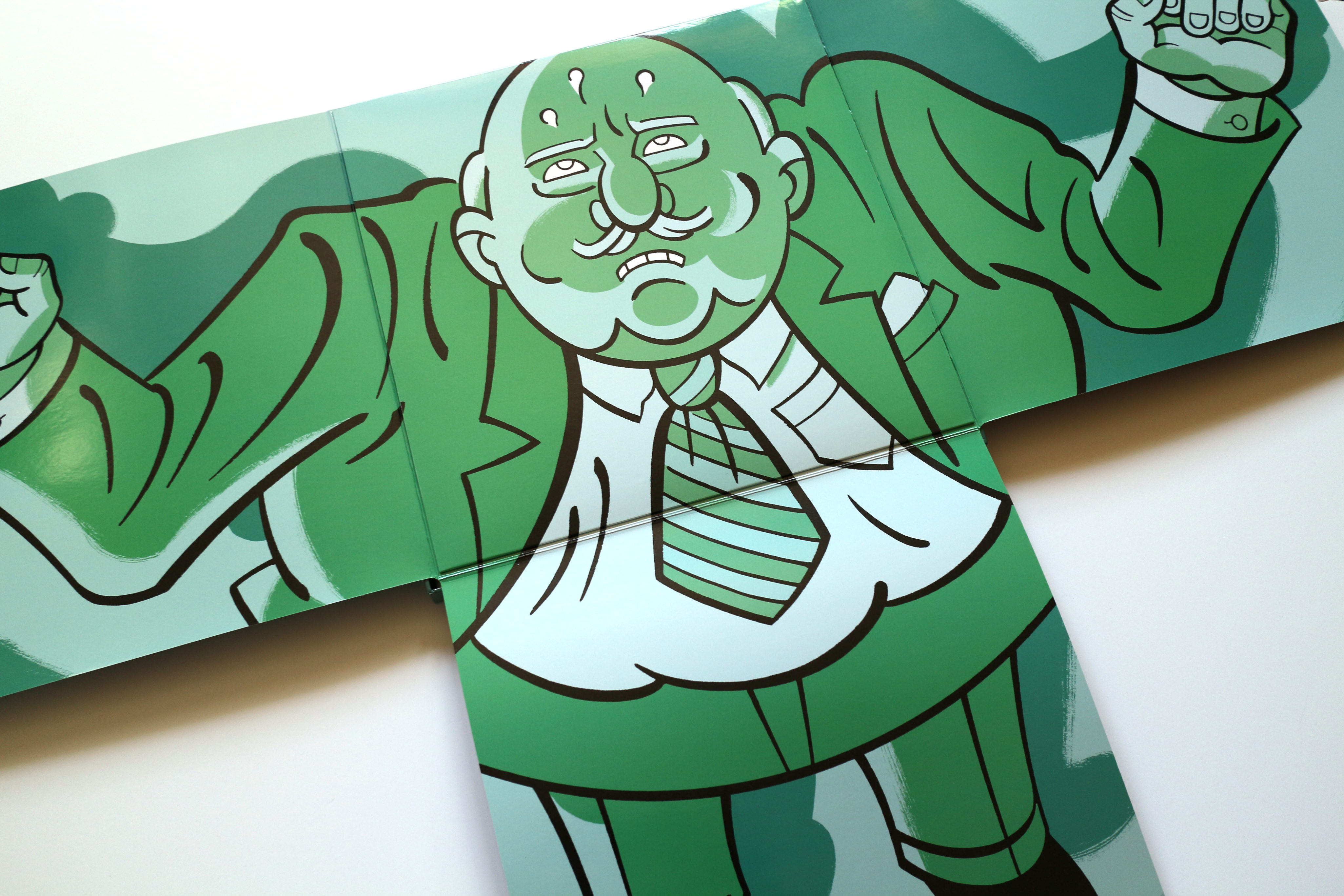 “In the last 15 years or so I have been doing a lot of collaborating,” notes Seth, though he admits he was a “dictator of an artist” who was not suited to collaborations earlier in his career. But working with those who have a different expertise, as was the case with composer Haney, makes for a positive collaboration.

“I’m still kind of the dictator but in these cases I have learned one essential fact – you can only design so far for a medium you don’t truly understand. So, when I design a piece of furniture or a ceramic vase, the craftsperson always improves my design because they understand the subtleties that I don’t. This kind of collaboration is easy for me,” he says. “I might not find it so easy to work with another cartoonist – too many areas of expertise to butt heads over. I do better when I am out of my depth. … Knowing nothing of chamber music (except to listen) made it easy to give control to the expert. When it came time to design the packaging – here I was the uncompromising boss again.”

While recent works have reached beyond the page and into the gallery and concert hall, Seth’s comics are still at the centre of his oeuvre, and the acclaim earned around the world. Asked about his new knighthood, Seth says he is “flattered and pleased” to have received the “very meaningful” honour, happily adding that he is “just the sort of person who wants a medal.”