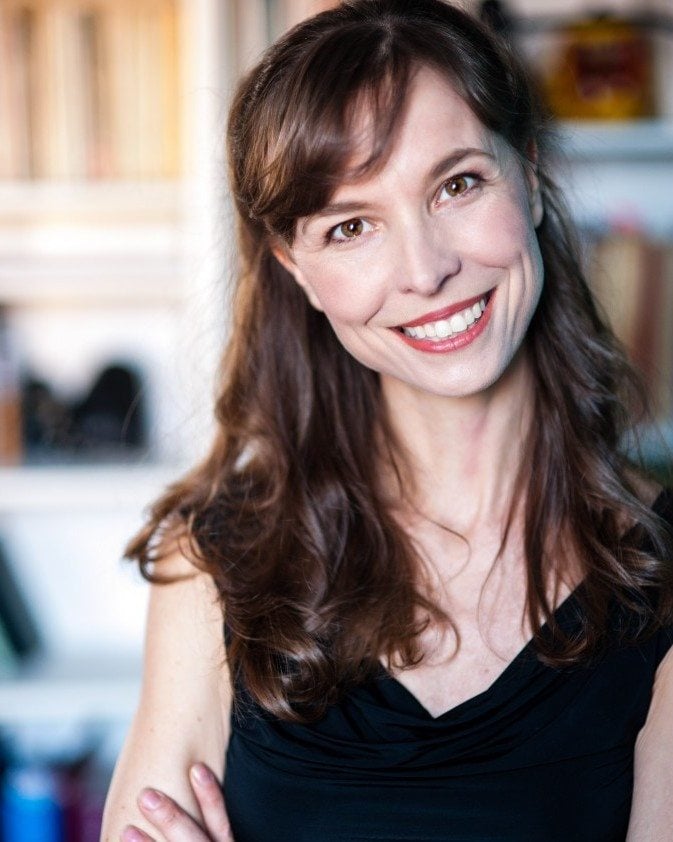 In November, Pronovost – best known as Simon & Schuster Canada’s vice-president and editorial director – was in London to meet with authors and agents. She returned to her Kensington hotel room after a breakfast meeting one morning, surprising the maid who was holding up a pair of Pronovost’s jogging pants that she had left on the bed in a tangled mess.

“I remember her gasping and taking a step back into a shadowy corner,” says Pronovost. “It occurred to me then, just standing there, what an intimate and invisible job it is to be a hotel maid. Simply by her cleaning my room every day she had gleaned so much about me, but I didn’t know a thing about her.”

Pronovost couldn’t let go of this idea and began expanding her thoughts into a broader narrative, writing in the early hours each morning before work. While she had collaborated on many non-fiction manuscripts in the past and is the editor behind many of S&S Canada’s bestselling authors, including Ian Reid, Marissa Stapley, and Amy Stuart, The Maid marks her own first foray into fiction.

“It wasn’t really my intention to write a novel, but sometimes you’re stricken with an idea,” says Pronovost. “I’ve always thought maybe one day I will turn this way, but with this book it felt like the right time to do so. And it definitely felt like the character was calling.”

As an editor, Pronovost is always thinking about how a manuscript fits into a specific genre or how a story might bend reader expectations in that genre. For her own novel, she imagined mixing a misfit-character trope – inspired by the titular protagonist of Gail Honeyman’s Eleanor Oliphant Is Completely Fine – with a contemporary locked-room mystery inspired by the work of U.K. thriller writer Ruth Ware. Add in a touch of the film Knives Out and the board game Clue, and there is The Maid.

Described as a fresh take on the cosy murder mystery, Pronovost’s novel features Molly, a socially awkward maid, who invisibly moves through her job at the Regency Grand Hotel until the day she discovers an infamous wealthy guest dead in his bed. Molly becomes an unlikely detective as she defends her own innocence.

Pronovost, writing under the name Nita Prose, finished the manuscript in March. Though she was terrified of the response, she sent it out to a handful of literary agents, and was signed by Madeleine Milburn at the Madeleine Milburn Agency. The London-based agent also represented Honeyman’s Eleanor Oliphant.

“That was really one of those fall-on-your-knees moments,” says Pronovost.

Signing with Milburn was just the first step to bringing Molly into the world. U.S. English-language rights for The Maid were acquired at auction in a two-book deal by Hilary Rubin Teeman at Ballantine for publication in 2022. U.K. and Commonwealth rights (excluding Canada) were snatched up by Charlotte Brabbin at HarperFiction UK. According to The Bookseller, six publishers put in first bids within 24 hours. At last count – Pronovost is having a hard time keeping track –  rights have been acquired in 17 languages across 20 countries. (International rights are represented by Liane-Louise Smith and film/TV rights by Josie Freedman at ICM.)

English-language Canadian rights were acquired by Penguin Canada publisher Nicole Winstanley in a pre-empt. In a statement to Q&Q, Winstanley says, “I’ve long admired Nita as a publishing colleague, accomplished editor, and formidable competitor (I’ve lost more than a few heated auctions to her in the past), so when the opportunity to publish her debut novel arose, I practically fell out of my chair. Or rather, I hid in the car so that my children couldn’t find me and tore through the pages until I reached the novel’s shocking conclusion. The Maid is not only a captivating mystery, but also a remarkable story that challenges prejudices and raises incredibly timely questions around ethics and morality. I feel so lucky to have the opportunity to publish this phenomenal work – it’s an honour.”

Pronovost is already working on the second novel, Mrs. Nobody, another new writerly experience she finds terrifying.

“It’s so funny and so strange to be on the other side of this. So many times on calls with prospective editors they’re saying things where I think, ‘I’m on the wrong side of this call. Wait, I’m supposed to be saying what you said.’ It’s a little bit like Alice in Wonderland.”