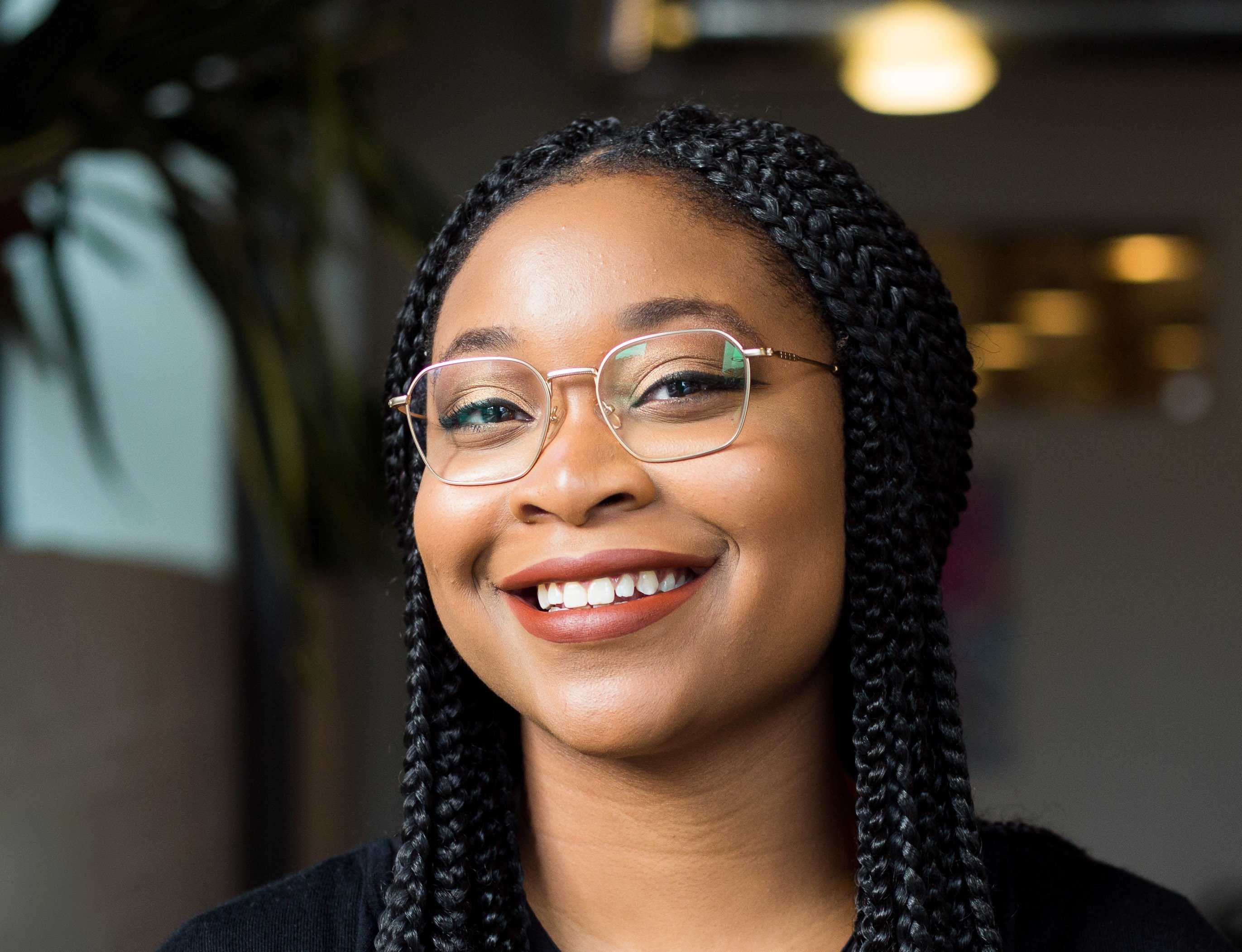 Q&Q’s November issue examines what the future of publishing looks like. What could the industry achieve if it were more equitable? How and where will we work? How does publishing connect to the past and what are the nuts and bolts of how it will function moving forward? But obviously none of us has a crystal ball, which is why we turned to authors Dominik Parisien and Terese Mason Pierre to offer a more speculative perspective on publishing mainstays: the book launch and the editorial meeting. Q&Q is not in the habit of publishing fiction, but the theme required a creative approach and if there is one thing this issue has made clear, it’s that change is happening everywhere.

“Too bad I can’t do the interview in my underwear,” June says.

Samira, her agent, smiles. “You could, but it’d be a different kind of show.”

When she got to the venue – way too early – June told herself she wouldn’t leave the green room. If she saw the size of the audience, she might flee, and then who would sign all those Paper books?

The host makes a joke, reads the short bio, and then Samira is giving June a small push forward. June, dizzy, didn’t hear her name when she was called.

She’s being interviewed by two people: Hale Liu, a CBC Radio host with a sharp gaze and laugh lines, and a dark-haired white student June doesn’t know. A name tag on the bright green blouse says “Wendy (she/her).” June can’t remember when interviewing artists became an apprenticeship – probably around the same time she considered applying to an MFA.

The launch is set up in the venue’s largest room. Windows line one wall, a view of the lawn and street beyond. Several of these accessible spaces had been constructed in the past decade for affordable cultural engagements around Toronto’s arts-inclined neighbourhoods, spanning the TTC’s ever-expanding monorail. This building, near Dupont and Spadina, is brand new. There’s a faint plasticky smell.

Two massive screens hover behind the stage, displaying a photo of a grinning June and her book’s cover.

June settles into her plush chair, her skin hot and cold. The stage lights are almost too bright to see the crowd, but it feels as if the room is full. Physical launch attendance is hard to predict. It is raining and the vestiges of construction still beleaguer the side street.

“I guess.” June forces the words out.

“You won’t be so nervous after your second book,” they say. “Trust me.”

“How was the online launch?” asks Wendy.

“Perfect! Underwear from the waist down,” blurts June, regretting it immediately.

The interview continues, Hale precise and thoughtful in their questions, as always; Wendy, meandering and amused. June can see audience members raising their hands. Electronic tablets whizz over for questions to be written on and returned. What would they have to ask now? Surely her opinions weren’t that unique. But her Community’s guiding chant rises in her mind: Your voice matters. And she’s able to pick out their energies one by one.

When the audience Q&A portion arrives, June finally uncrosses her legs, as Hale and Wendy take a few minutes to sort the questions on the tablets. In the distance, Samira gives June two thumbs-up.

The craft questions are not easy – June speaks slower than normal. The ones about inspiration make her think of her grandparents, scrolling through their archived internet photos: blue skies, blue masks.

Then, Wendy’s eyes light up: she has a question. “Why did you make all your characters queer people of colour?”

Wendy doesn’t see the problem, but Hale’s face quickly brings her up to speed.

There’s a swelling chatter from the audience. Who asks those questions anymore?

Hale clears their throat. “I think we can rephrase –”

June cuts them off. She’s surprisingly relaxed. “The 2020 COVID Pandemic is a huge part of our country’s history,” June starts, “and some people were more affected than others – the racialized, the poor, the over-policed, the queer communities. My communities. I wanted to write about them. So I did.”

June looks out to the audience, even though she knows she won’t find the person who submitted the question. She hopes they can see her face.

“I think that’s all the time we have,” Hale says, raising their eyebrows at the host.

Later, Samira finds June in a night café, hands her an iced tea. Whispers, “You did great.” But all June thinks about is how clear her voice was, how it stopped raining when it was over.

Terese Mason Pierre is co-editor-in-chief at Augur Magazine, a Canadian speculative literature journal. She is the author of the poetry chapbooks Surface Area (Anstruther Press, 2019) and Manifest (Gap Riot Press, 2020). Pierre lives and works in Toronto.