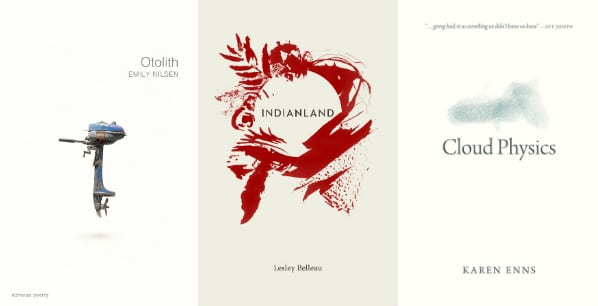 The League of Canadian Poets has named the winners of the 2018 Annual Poetry Awards:

Karen Enns has won the Raymond Souster Award, presented to a member of the League, for Cloud Physics (University of Regina Press).

Each prize winner receives $2,000. The awards were presented at a luncheon in Toronto on June 16 hosted by poet and spoken-word coach Tanya Neumeyer.

Marilyn Dumont, an Alberta-born poet and professor of English and Film Studies at the University of Alberta, was granted the Life Membership Award for her contributions to poetry in Canada.

The University of Regina Press was granted the Honorary Membership Award for their partnership with the League in producing the essay anthology Measures of Astonishment: Poets on Poetry.