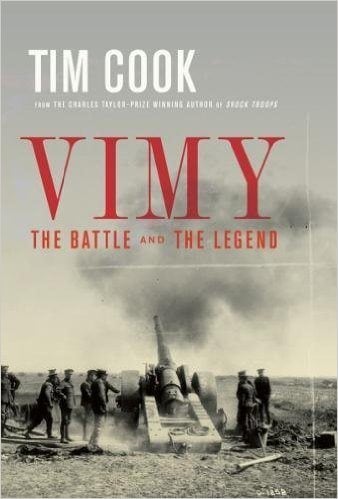 Ottawa-based historian Tim Cook has won the $10,000 J.W. Dafoe Book Prize for his latest volume of military history, Vimy: The Battle and the Legend (Allen Lane Canada). The book takes a revisionist approach to the iconic April 1917 battle at Vimy Ridge, interrogating the mythology that has built up around Canada’s involvement in the First World War campaign.

Cook was chosen for the prize from a five-book shortlist that also included:

The J.W. Dafoe Book Prize is named for John Wesley Dafoe, an editor at the Manitoba Free Press (currently the Winnipeg Free Press). The award honours the best book about Canada or Canada’s place in the world published in the previous calendar year.