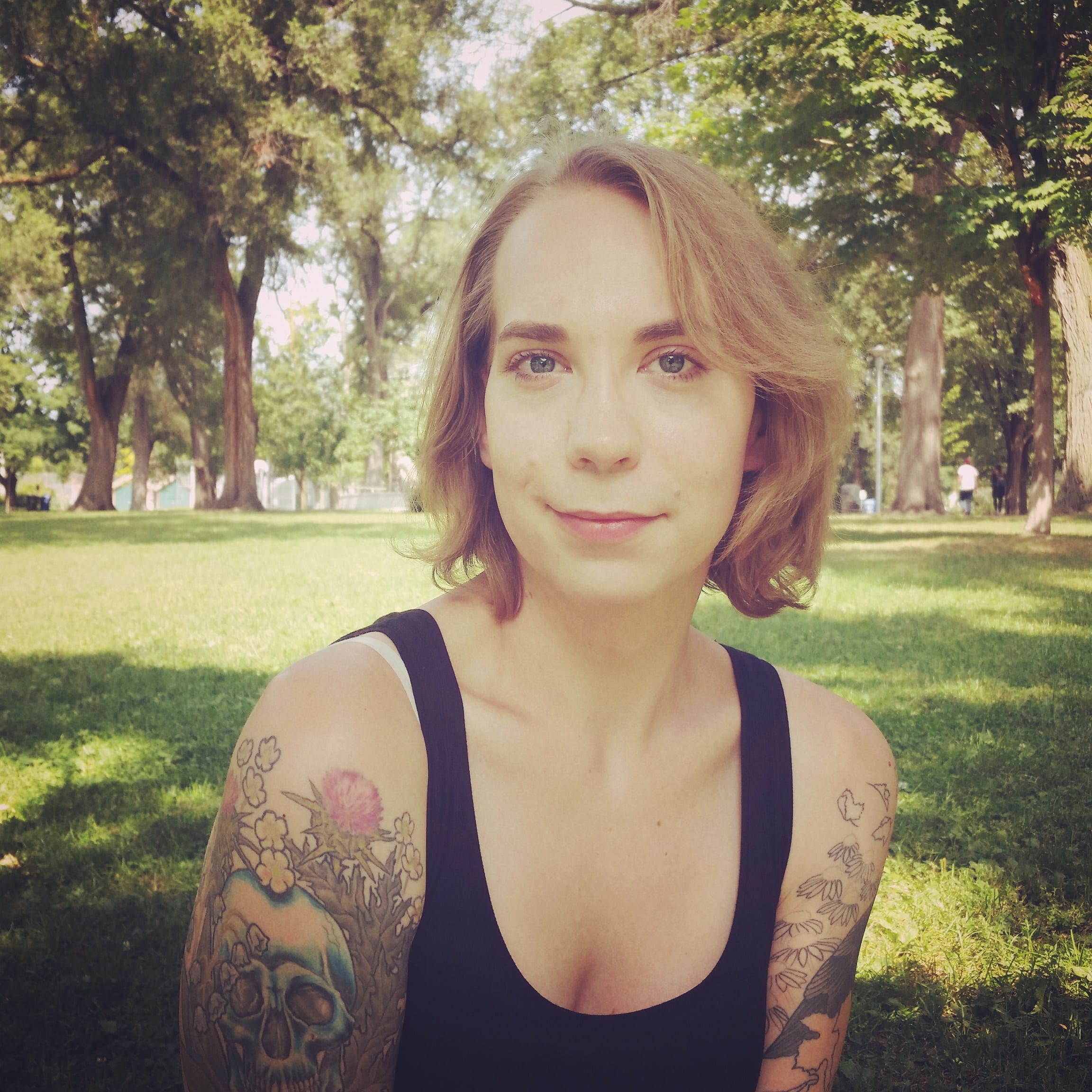 Gwen Benaway, one of the authors protesting TPL’s decision not to cancel controversial room booking

In the wake of the Toronto Public Library’s decision to allow a controversial appearance by radical feminist Meghan Murphy at the Palmerston Branch on Tuesday night to go ahead, a group of trans writers has floated the idea of holding a teach-in to bring greater attention to issues surrounding free speech, hate speech, and trans rights, while others are calling for an outright boycott of the library.

Writers are responding to the TPL board’s decision last week to allow the appearance by Murphy, in the context of a discussion titled “Gender Identity: What Does It Mean for Society, the Law and Women?” Murphy, who operates the website Feminist Current, has been criticized for her transphobic rhetoric; she was banned from Twitter for breaching their terms of use by posting content deemed to be offensive.

Poet Gwen Benaway, who made a presentation to the board at the Oct. 22 meeting and who is one of close to 8,000 signatories on a petition protesting Murphy’s appearance at the library, advocates a boycott of TPL by trans writers and allies until such time as the library changes its policies on whom to rent space to. “We’re reaching out to authors who are invited to the Toronto Public Library, encouraging them to participate in the boycott,” Benaway says. “It’s a matter of fundamental humanity for us.”

The library argues that by allowing the third-party booking to go ahead, they are acting in defence of free speech. TPL’s room-rental policies stipulate that the library reserves the right to cancel a booking if it “reasonably believes” that “use by any individual or group will be for a purpose that is likely to promote, or would have the effect of promoting discrimination, contempt, or hatred for any group or person on the basis of … gender identity [or] gender expression.” However, city librarian Vickery Bowles states that since Murphy has never been found guilty of violating Canada’s hate speech laws, there are no grounds to prevent her from speaking.

Today, PEN Canada issued a statement of support for Bowles and TPL. “Ms. Meghan Murphy’s opinions do not meet a legal threshold for exclusion under the library’s rental policy, though they are clearly at odds with the inclusive spirit which should inform its enforcement,” the statement reads. “Recognizing that some views held by Ms. Murphy are repugnant to many, PEN nevertheless believes, as a matter of principle, that the Library cannot be forced to adjudicate which opinions – short of those which violate the Criminal Code – can be aired by a third party on its premises.”

Others disagree. Mayor John Tory spoke out against the library’s decision on Oct. 17 and writer Jessica Westhead, who was also in attendance at the board meeting on Oct. 22, has been outspoken in opposition. “Even after so many trans women from our community (and many other people with statements of support) sat in front of them and passionately and eloquently explained how giving a platform to this vocally anti-trans speaker, who is putting their human rights up for debate, will endanger and devalue them,” Westhead says, the board remained unmoved.

“It’s in poor faith, I think, to talk about freedom of speech and the value of freedom of speech, without really looking at the intentions or impact that various speakers have on communities,” says poet and essayist Kai Cheng Thom. “Meghan Murphy is on the record – she has written herself and published her own material arguing that trans women should be restricted from using women’s washrooms, should be restricted from participating in women’s sports and other facets of public life. All of that is speech that has a calling for a literal restriction of trans women’s rights and freedoms. It’s disingenuous to talk about freedom of speech when we’re talking about speech that seeks to restrict the freedom of others.”

In supporting the idea of a teach-in, novelist Casey Plett is especially interested in focusing attention on the difference between free speech and hate speech, given that the former is frequently weaponized as a way to silence critics. In the wake of the TPL controversy, some of Plett’s tweets about the subject went viral, drawing the ire of trolls and radical feminists, many of whom responded by misgendering, insulting, and even threatening her. “Obviously, we’re not going to have an actual, reasoned conversation if that’s your starting point,” Plett says.

“Since this whole debate has happened, I’ve been inundated with hate – online hate, digital hate, emails, threats,” Benaway says. “If you want to argue that this debate isn’t about hate speech or isn’t promoting discrimination, the experience that we’ve had in the last week since we protested it really shows that isn’t true.”

While remaining supportive of the boycott Benaway calls for, Thom also sees an opportunity for other kinds of protest involving different approaches. “We could continue supporting a boycott while making an exception for teach-ins, read-ins, the kind of activist endeavour that isn’t business as usual, but reclaiming space and also providing opportunity for the public to receive education and also just to connect with trans people and learn why a lot of us may be feeling really hurt or disenfranchised.”

The advantage of such alternative endeavours is that they avoid playing into the hands of individuals and groups who would rather see trans people shut out of public spaces altogether. “The removal of trans authors and our allies from public space is exactly what transphobic speakers and thinkers would want,” says Thom. “I’m not willing to do that. I think that it’s really possible to have a diversity of tactics when we pursue the end goal of having a trans-supportive library space.”

In the short term, Thom says plans for a teach-in are on pause, to allow for a protest planned for Tuesday night and supported by Pride Toronto, the 519 community centre, the sex-workers’ rights organization Maggie’s Toronto, and others. Moving forward, whether or not a teach-in happens, Plett doesn’t foresee participating in any TPL events until a noticeable change in policy occurs. “As an author, I don’t see myself being able to accept an offer of TPL programming for myself. I would not want to be involved in it, I would not want to work with it, unless something changed from them,” she says.

One pressing concern on Plett’s part is that these issues remain at the forefront and that continued pressure is applied to public institutions like TPL by stakeholders within the writing and publishing community to ensure that transphobic hate speech is not allowed to gain a further foothold. “My assumption would be that the library will try to sweep this under the rug going forward and try to forget it ever happened,” Plett says. “I would be extraordinarily disappointed if the literary community, after this happens, said, ‘Well, that didn’t work’ and just sat on their hands and things went back to normal.”