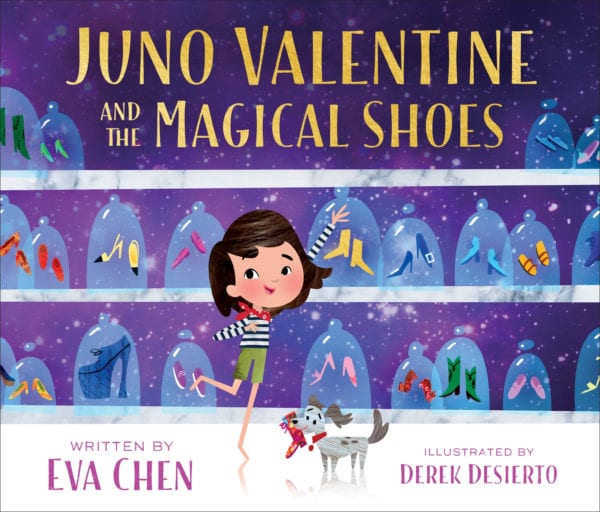 Coverage in O Magazine, Harper’s Bazaar, and InStyle. Call-outs from David Beckham, Anna Wintour, and Gigi Hadid. That’s the type of dream publicity any author or illustrator would be lucky to get. For first-time Canadian-Filipino illustrator Derek Desierto, that’s the reality. Little did the Vancouver-based 32-year-old know that an illustration he posted on social media would lead to a multi-picture-book deal with Eva Chen, head of fashion partnerships at Instagram and former editor-in-chief of Lucky. In their first book, Juno Valentine and the Magical Shoes (Feiwel & Friends), a young girl literally steps into the footwear of famous women, from Jane Goodall to Lady Gaga. Desierto talks about his lucky break, his favourite illustrators, and his obsession with Oprah Winfrey.

How did you come to illustrate Juno Valentine?
It has to do with my old job at Nelvana, an animation studio in Toronto. I would come in at an hour early; it was me-time where I could draw whatever I wanted. One day I saw a picture of Eva and her daughter, Ren. I am a big fashion fan and I followed her career a bit. In the picture, Ren was crying and I drew one where she was smiling. I tagged Eva, she liked it and posted it. That’s how it started. It was a total shock.

What was it like working together?
It was a collaborative effort for sure. It was a dream of hers to have a picture book, and Juno was inspired by her daughter. She was super hands-on, but she let me do my thing.

What do you think of all the publicity surrounding Juno Valentine?
My agent said, I don’t think you get the scale. This is not usual for a first book: there’s not a Vogue announcement, there’s not a book tour. This is an anomaly. It’s such a mish-mash of fashion, book, and pop culture because Eva is part of that pop culture.

You started in fashion, but went into animation.
I worked as a glasses designer for Clearly for four years in my early 20s. When I was 25 I thought – quarter-life crisis – I wanted to do something else and went back to school for animation. This has been a very weird kind of year: at the beginning I was in a studio, then I got a contract to do glasses again, now I’m working as a freelance illustrator.

How do fashion design, animation, and picture-book illustration help one another?
All kinds of art and design fit in together. It’s all what I love: I love film, I love talking to people, I love hearing stories. It’s all connected.

Have you always drawn?
Yes, my dad is an artist as well, he was an architect, so I really got his passion for art, design, and film, which culminated in my being into animation and film. As I got older, I got into illustration. I always imagined I would illustrate a picture book.

What is your favourite thing to draw?
For Juno, I loved drawing the hall of shoes for sure. But I really love drawing people, especially Cleopatra in Juno and Harriet Tubman in A is for awesome: 23 Iconic Women who Changed the World [his second collaboration with Chen to be released in February].

You used to work in Indigo’s children’s department – are there illustrators you admire?
Oliver Jeffers is a huge inspiration. Ludwig Bemelmans. Jon Klassen I met at school. I never felt like I fit into animation, I felt I had an illustration style, and [Klassen] said, “Keep doing what you’re doing because people who like your style will gravitate to you.”

Who would you like to illustrate for?
J.K. Rowling for sure; also, Marianne Williamson, who is a spiritual writer and A Return to Love is my favourite book of all time; and Oprah Winfrey. It’s my and Eva’s goal to meet Oprah. I hope to be one of Oprah’s Favorite Things. I’ll meet her and she’ll adore me and we’ll be best friends. 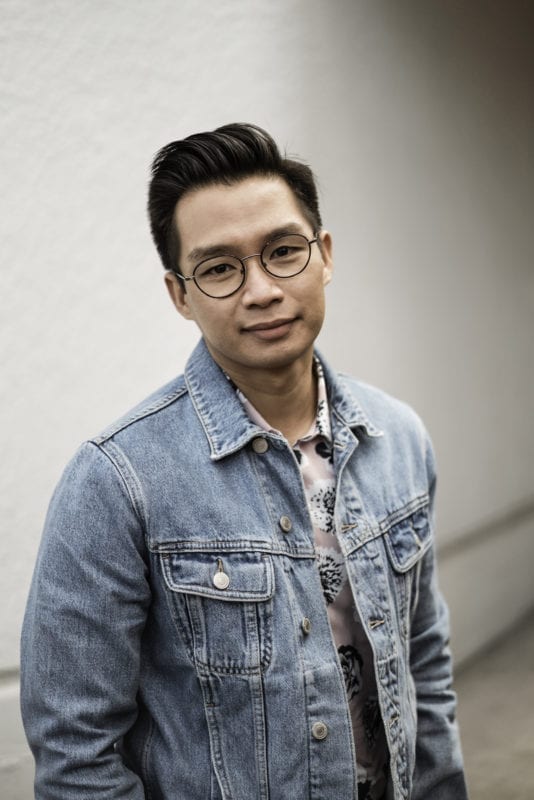