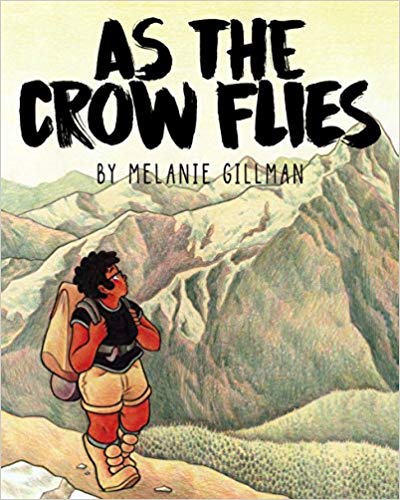 What middle-school students should know about gender diversity is currently a hot topic in Ontario. The mere mention of “gender identity” is one of the reasons the Conservative government removed the 2015 Health Curriculum, and replaced it with one that does not. This absence makes what might be available in school libraries even more important.

While many people use “trans” as an umbrella term for all people who are outside of the gender expectations assumed for them because of their sex assigned at birth, I use “trans and non-binary” because it’s important to note that there are trans people with binary identities (such as boy and girl) and people who are non-binary (both, neither, beyond, or outside of boy and girl). This is important as most of the existing books are about binary-trans people. Meanwhile, a significant number of young people identify as non-binary – California-wide data from 2017 found that 27 per cent of youth ages 12 to 17 are gender non-conforming – and experience more erasure, discrimination, and violence than their binary-identified trans peers. It feels particularly important to celebrate their stories.

In the last decade, there has been a significant (and much-needed) increase in both picture books and YA books about gender identity or that include young characters who are trans with binary identities and characters who are non-binary. But middle-school readers have been largely left out. There’s still very little for them, and what exists is mostly fiction, mostly about white characters, and mostly written by white people who are cisgender. The stories cis people tell about trans and non-binary people often focus on other people’s reactions to trans-ness, be that bullying or surprise. In our society, cis people have defined trans people legally and medically and seem to feel very comfortable doing so in fiction too.

The following middle-grade books – which have gender-diverse main characters – are the best of the small number of stories that are available; although only two are written by trans or non-binary authors.

George (Scholastic Press, 2015), by Alex Gino, is perhaps the most widely known book about a trans character. Fourth-grade Melissa navigates the challenges of friendship, auditioning for the class play, and coming out as a girl. Gino is trans, and the story pays close attention to Melissa’s feelings. But I wish this book’s title had reflected the name the main character choose for herself instead of her deadname, George.

Gracefully Grayson (Disney-Hyperion, 2014) by Ami Polonsky, and Lily and Dunkin (Delacorte Books for Young Readers, 2016) by Donna Gephart, focus on the lives of middle-school trans girls – Grade 6 and 8 respectively – and their decisions to come out, take hormones or not, and live openly as girls.

The Other Boy (HarperCollins, 2016), by M.G. Hennessey, follows sixth-grade Shane, a star sports player with a supportive mum, and a crush on a nice girl. His dad isn’t supportive, but the crisis comes when he is outed as trans without his consent.

The Pants Project (Sourcebooks Jabberwocky, 2017), by Cat Clarke, features Liv, who does not want to have to wear a uniform skirt for middle school, and sets out to change the dress code.

The Witch Boy (Graphix, 2017), by Molly Ostertag, is a graphic novel set in a magical place, with characters of diverse ages, sexualities, and races. Aster is a boy who is interested in girls’ magic, and who is willing to challenge his community’s gender norms.

As the Crow Flies (Iron Circus Comics, 2017), by Melanie Gillman, is another graphic novel and a glorious read. Gillman is non-binary, and their experience informs that of the protagonist, Charlie, who attends an all-girls Christian camp, confronts racism, cis-sexism, and transphobia – and makes friends with a camper who is trans. Charlie is a person of colour, and her experience of white culture is a major part of what we see through her narrative.

j wallace skelton is the author of the middle-grade non-fiction book, Transphobia: Deal with it and Become a Gender Transcender (James Lorimer & Company, 2016)