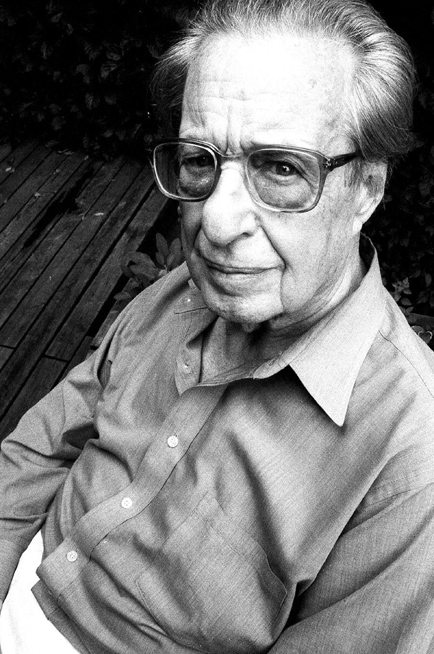 When William Weintraub’s debut novel, Why Rock the Boat?, was released in 1961, the author’s former colleagues at the Montreal Gazette might have been forgiven for feeling that the title was just a tad ironic. The novel is a jocular satire about a reporter at a financially strapped newspaper; the parsimonious editor in the book was modelled on the Gazette’s own H.J. Larkin.

As a writer, filmmaker, and journalist, Weintraub, who died in Montreal on Monday at the age of 91, was never reticent about stirring things up. “Weintraub more than rocked that boat,” writes Bill Brownstein, “he pretty much capsized it.”

Born in Montreal in 1926, Weintraub graduated from McGill University and found work as a reporter at the Gazette. “There was villainy abroad in the late 1940s,” Weintraub is quoted as saying in Linda Leith’s book Writing in the Time of Nationalism: From Two Solitudes to Blue Metropolis. “The politics in Quebec were so corrupt, so unjust, for English and French alike, that there was something to react against. And there’s nothing like the feeling of injustice and oppression and corruption to stimulate you.”

During the postwar reign of Maurice Duplessis, Weintraub found much to stimulate him in Quebec’s political climate. He also found compatriots in fellow writers Brian Moore, Mavis Gallant, and Mordecai Richler. Weintraub’s relationships with those authors are chronicled in the 2001 volume Getting Started: A Memoir of the 1950s.

Reviewing that book for Q&Q, Doug Beardsley compared Weintraub to “the least-known member of a string quartet,” and while that assessment may be accurate, it is also somewhat stingy. Beardsley himself notes that Weintraub was an accomplished novelist in his own right, having penned not only Why Rock the Boat, but the 1979 satire The Underdogs, which envisioned a dystopian Quebec in which the anglophone minority revolt against an oppressive government regime. (The book was not a hit with nationalists inside the province.)

Weintraub was also a filmmaker who wrote, produced, and directed numerous documentaries for the National Film Board. In Making Movie History: A Portrait in 61 Parts by Joanne Robertson, Weintraub talks about working for a magazine in the 1950s and being assigned to research the nascent NFB for an article. Weintraub was so fascinated by what the NFB was up to, he quit his job and began working as a freelancer writing documentaries. “Film is far more interesting than what I’ve been doing,” Weintraub said at the time.

All writers have their particular obsessions, but Weintraub’s subject was specific throughout his literary career: Montreal as “sin city” in the 1940s and ’50s – what he Christened “the good old bad old days.” (In 2009, he contributed the introduction to the Ricochet Books reissue of Al Palmer’s 1950 pulp novel Montreal Confidential.) “But you’ve also got a lot of nuance about social conditions in Montreal in his youth,” says Linda Leith. “The relative positions of francophones and anglophones and Protestants and Catholics and Jews. The whole mix that was Montreal in that era.”

“He was a link with Montreal’s storied past,” says Véhicule Press publisher Simon Dardick. “I would say you could consider Montreal a character in all of his books.”

In addition to his memoir, Weintraub’s later literary work includes City Unique: Montreal Days and Night in the 1940s and ’50s and Crazy about Lili, a novel about a teenage boy’s obsession with an exotic dancer based on the notorious Lili St. Cyr. In 2003, Weintraub was made an officer of the Order of Canada. “Bill Weintraub managed to be not only the great social historian of wide-open Montreal,” says Douglas Gibson, former publisher of McClelland & Stewart. “He was also at the centre of literary Montreal’s glory days.”