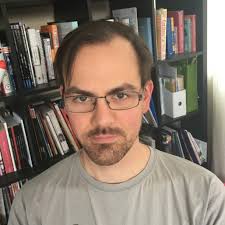 Word on the Street Toronto has announced the appointment of Toronto poet and non-profit leader David Alexander as the organization’s new festival director, effective Feb. 1. Alexander takes over running of the annual book and magazine festival from outgoing director Heather Kanabe, who is moving on to the Hamilton Fringe Festival where she will be general manager.

Alexander previously held the position of executive director at the Toronto Vegetarian Association, where he oversaw the annual Veg Food Fest at Harbourfront Centre, an event that drew upwards of 35,000 visitors and featured more than 40 hours of programming.

“David’s vision, thoughtfulness, and energy are what we need to lead The Word on the Street Toronto into the future,” said Barbara Howson, president of WOTS Toronto’s board of directors. “We are confident that his skills and expertise will help make the 2018 festival, and beyond, a great success.”

In addition to his work in the non-profit sector, Alexander is also a poet, having published two chapbooks – Chicken Scratch (Puddles of Sky Press, 2014) and Modern Warfare (Anstruther Press, 2016), and poems in numerous journals including subTerrain, The Malahat Review, The Puritan, and Rusty Toque. In April, his first volume of poetry, After the Hatching Oven, will appear with Nightwood Editions. Like much of his previous works, the poems are largely about chickens – a combination of his animal activism and literary leanings.