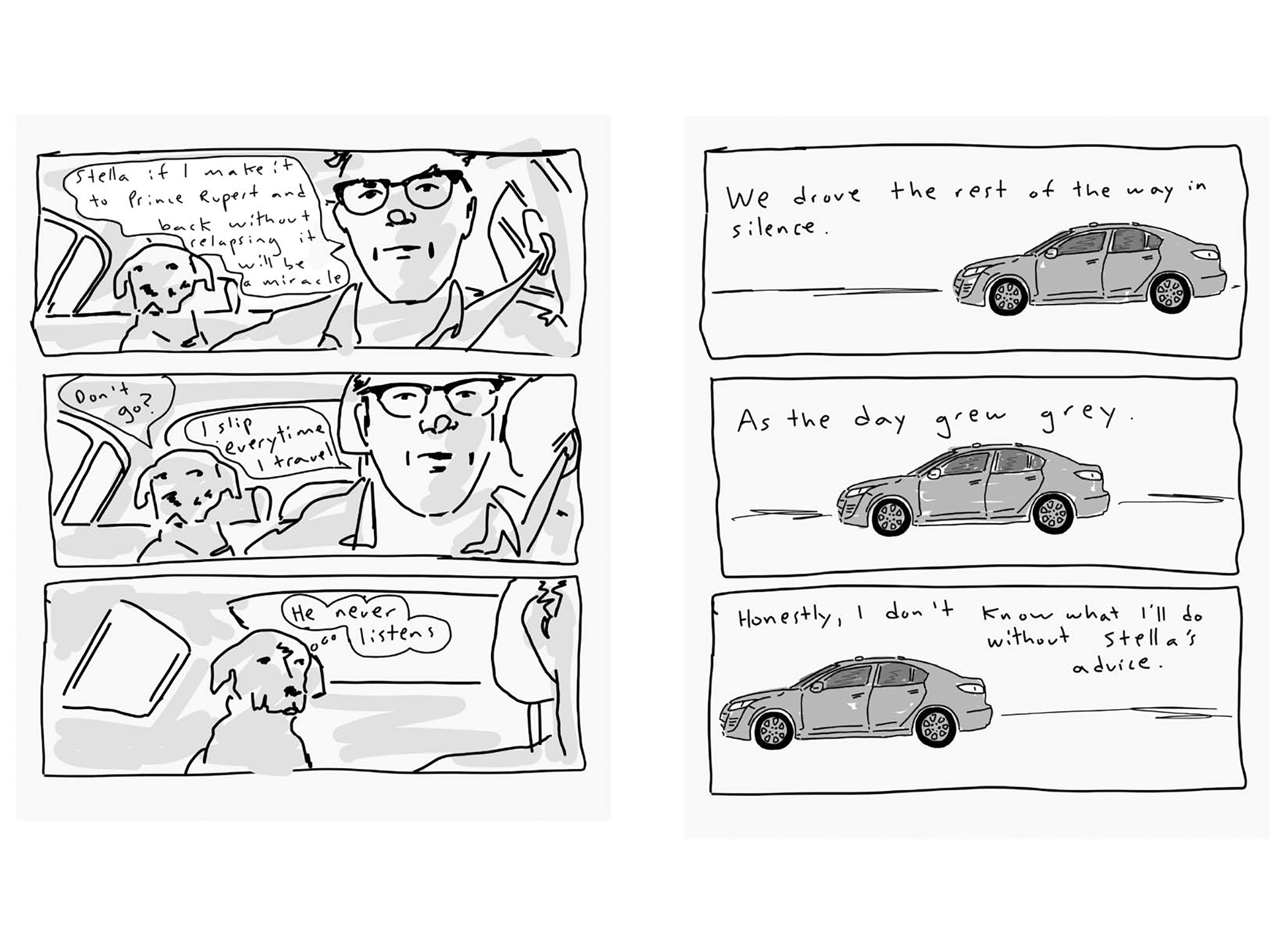 When artist Jon Claytor sold Thunder & Lightning, his bar in Sackville, New Brunswick, he used a portion of the money to buy a tablet, a new artistic medium for the career oil painter. “It was the perfect tool at the perfect time for me,” he says. “There’s more emotion you can get into the line, not less, which totally blew my mind.”

When he set off in 2019 for an artist’s residency in Prince Rupert, B.C., he packed his paints and canvases, but he soon found himself scribbling line drawings on his tablet to record his cross-country travels. Those collected reflections became Claytor’s first graphic memoir, Take the Long Way Home, published this month by Conundrum Press.

The book chronicles Claytor’s eight-week trip across Canada, including detours to reconnect with friends and family – the father of five’s two twenty-something children among them. He also candidly reflects on his experiences with alcoholism and recovery. “I wasn’t sure exactly what I was going to do when I left the house,” he says. “I was making the graphic memoir to find out how I felt. I was discovering who I was again as a newly sober person.”

As he drove through places such as Wawa, Ontario; Brandon, Manitoba; Regina, Saskatchewan; and Medicine Hat, Alberta, he posted panels on his Instagram account. The instant feedback could be comically direct (one unsolicited comment read, “I think your cartoon would be better if it was shorter”). But it also emboldened him to continue.

He cites a comment posted on a panel describing a time he had attempted suicide. “Somebody wrote me and said their father was an alcoholic who had killed himself, and they had been angry for a long time,” he says. “And it was the first time that they could understand what their father had been going through. I had been wondering, Am I doing the wrong thing? And when I would get a message like that, I was like, I don’t know what I am doing, but I am going to keep doing it.”

Claytor wrote more than half the book during the eight-week trip. Once he’d returned from his residency in Prince Rupert, it took another six months to complete the project, but the response to the finished book was enthusiastic, with four publishers expressing interest. It was Conundrum publisher Andy Brown who responded first and who ultimately edited the book.

It’s been strange for Claytor to process the fact that such a personal work will soon be published, and he admits to being “terrified.” “I didn’t write it thinking that it ever would be made into a book,” he says. “I wrote it to find out how I felt about things. It was really a way for me to get things straight in my head and be open to the people closest to me. It was a way to connect with people in my life and, in some ways, to say thank you.”