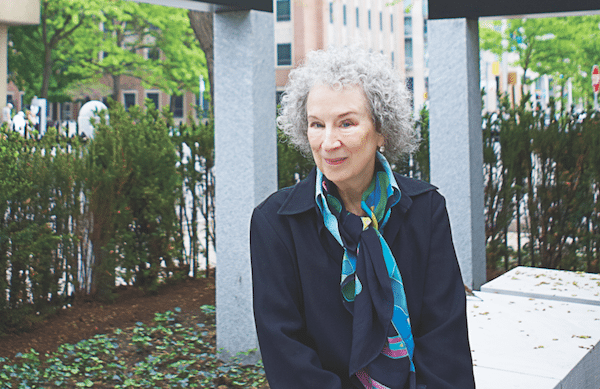 The Academy of Canadian Cinema & Television has named Margaret Atwood as the recipient of one of its special prizes, to be administered at the 2018 Canadian Screen Awards.

The Handmaid’s Tale author will receive the Academy Board of Directors’ Tribute for her “extraordinary commitment to the growth of the Canadian media industry.”

The brilliant and unparalleled works of this year’s honourees have impacted us, not just in Canada, but around the world – each provide threads of diversity and courageousness in the fabric of Canada’s culture. The Academy is honoured to recognize their decades of outstanding and important contributions that have pushed boundaries and set new standards that will inspire generations of Canadians to come.

The awards ceremony will take place at Toronto’s Sony Centre for the Performing Arts on March 11.